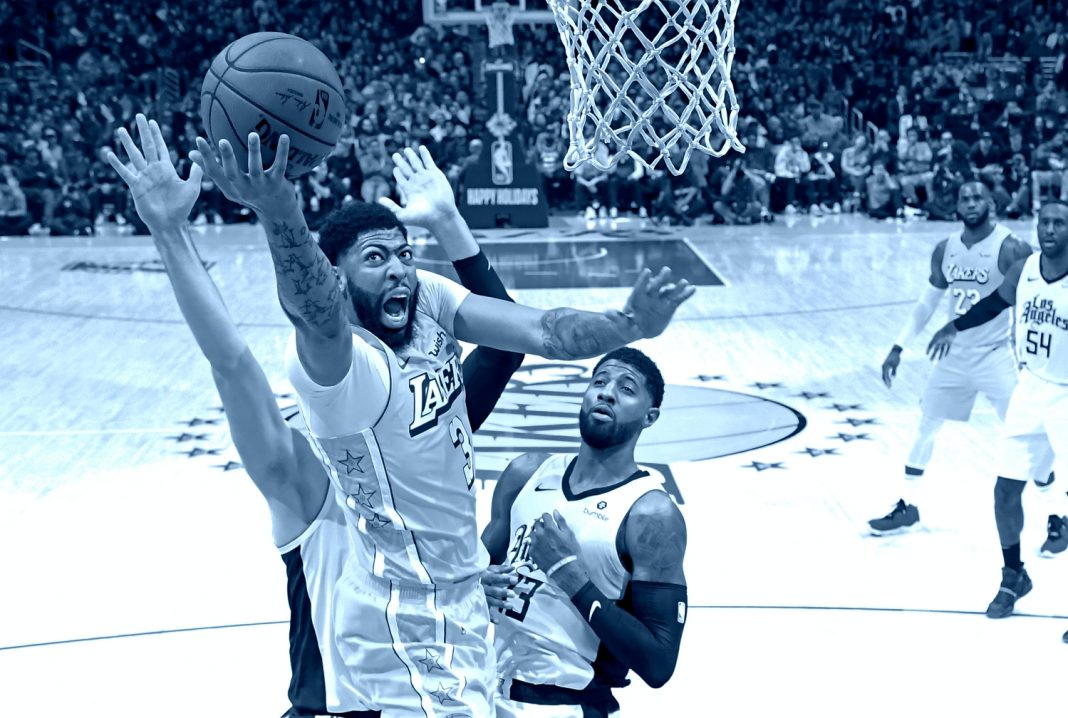 » Tonight’s scheduled Lakers-Clippers game at Staples has been postponed. The NBA rarely postpones games for reasons other than severe weather or stadium malfunctions; the last time was a 2013 game, postponed in the wake of the Boston Marathon bombing. [ESPN]

» Storied vinyl record pressing plant Rainbo Records is shutting down. For over 80 years, the Canoga Park plant produced everything from novelty recordings, to audio letters to soldiers at war, to albums by Richard Pryor, Dr. Dre, and Kamasi Washington.  [Los Angeles Times]

» L.A. is losing its murals as gentrifiers (literally) whitewash the neighborhoods the paintings once graced. Highland Park might be the current epicenter of erasure. [The Guardian]

» Actors Joshua Jackson and Jodie Turner-Smith will not raise their child in the United States. “White supremacy is overt,” Turner-Smith said of the U.S. in an interview. The couple is considering moving to Canada.   [People]

» The final exchange between air traffic control and Ara Zobayan, the pilot helming Kobe Bryant’s helicopter, offers insight into what may have caused the deadly crash. [CNN]

» Jury selection has begun in the trial of attorney Michael Avenatti, who is accused of attempting to extort money from Nike. According to the New York Post, at least one potential juror used Kobe Bryant’s death as an excuse why they couldn’t serve. [New York Post]

» The City’s Super Rich Are Clamoring to Live in This Ridiculously Swanky Building in Century City Robot butlers? Rides in a Rolls-Royce? Paying beaucoup bucks to live at Ten Thousand has its perks

» Publisher Calls Off L.A. Event for Controversial Novel American Dirt The book’s publication and marketing have been the subject of significant outrage

Despite Sunday’s somber news, the Grammy Awards show went on–and artists arrived in style. The Grammy red carpet is known as the most bold and creative of awards season, and this year did not disappoint. From Lizzo’s classic Old Hollywood glamour, to Lil Nas X’s unmistakeable neon cowboy vibes, here were some of the night’s best looks.