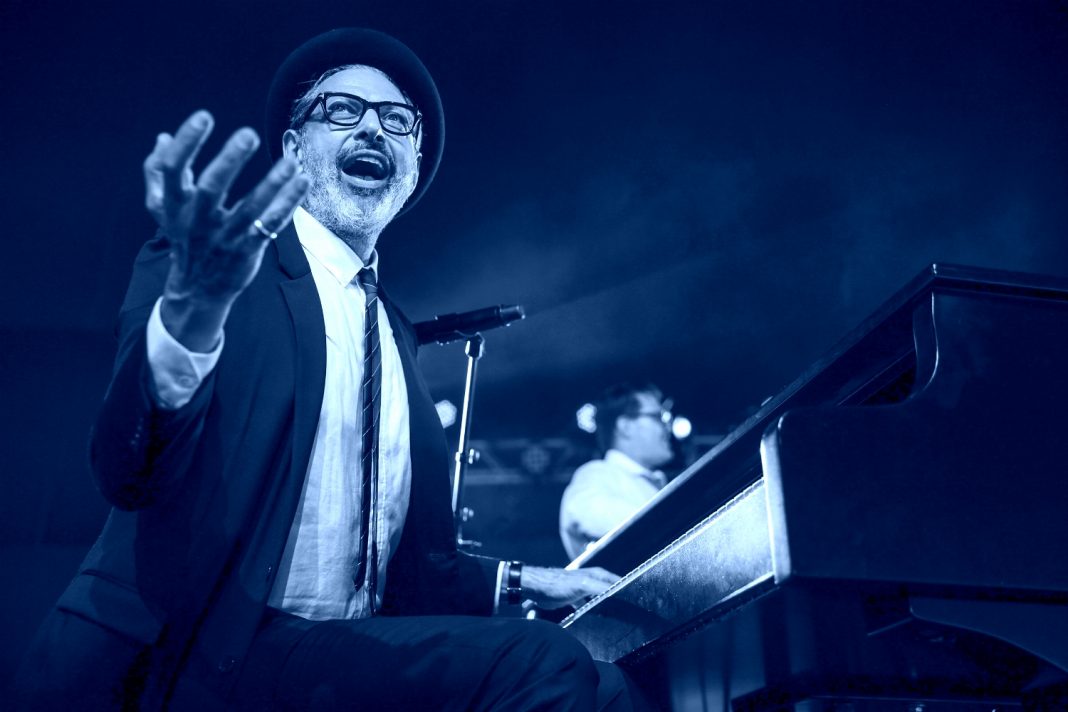 » According to a federal judge in Los Angeles, the Trump administration must provide mental health services to immigrant families impacted by border separations. Judge John Kronstadt ruled that policy has inflicted “severe mental trauma to parents and their children.” [The Hill]

» Donald Trump Jr. and girlfriend Kimberly Guilfoyle (aka ex-wife of California governor Gavin Newsom) appeared on The View yesterday and, as you might have been able to predict, it was a shitshow. [The Daily Beast]

» Automation continues to be one of the defining trends in the economy. At L.A.’s ports, the arrival of robots is exposing a rift among human workers.  [Los Angeles Times]

» Someone tallied up a whole bunch of tweets from across the country and determined that, based on that, the Lakers are the most-hated NBA team in America. But not in California, where the most-hated team is the Clippers. [Newsweek]

» An important reminder as we approach 2020: Most public opinion polls are kind of bogus. That goes for when they seem to support your candidate of choice, and when they don’t.  [The Outline]

» It’s Been a Year Since the FBI Raid of José Huizar FBI Raid The councilman has yet to be arrested or charged, but that doesn’t mean the scandal hasn’t had repercussions

One of the most iconic pieces of street art began as a fluke. In 1989 Shepard Fairey, created stickers featuring the glowering face of seven-foot, four-inch French wrestler and actor Andre the Giant.

It “started as an inside joke with some skateboard friends,” Fairey says. “Yet, like a Rorschach test, it started to reveal things about how people process images.”

The stickers and, later, posters and stencil art began popping up on lampposts and traffic signs around Providence and, eventually, in cities across the globe. Within a decade, Fairey was one of the world’s most famous street artists.

A retrospective of Fairey’s work opens November 9 at the Over the Influence gallery in the Arts District, part of a tour that includes stops in Brooklyn, Paris, London, and Seoul. The L.A. show, Facing the Giant: 3 Decades of Dissent, features 30 original fine-art pieces, each inspired by a seminal work from one of Fairey’s 30 years as a painter, muralist, and street artist. “It doesn’t feel like it’s been [that long],” says the 49-year-old Fairey.