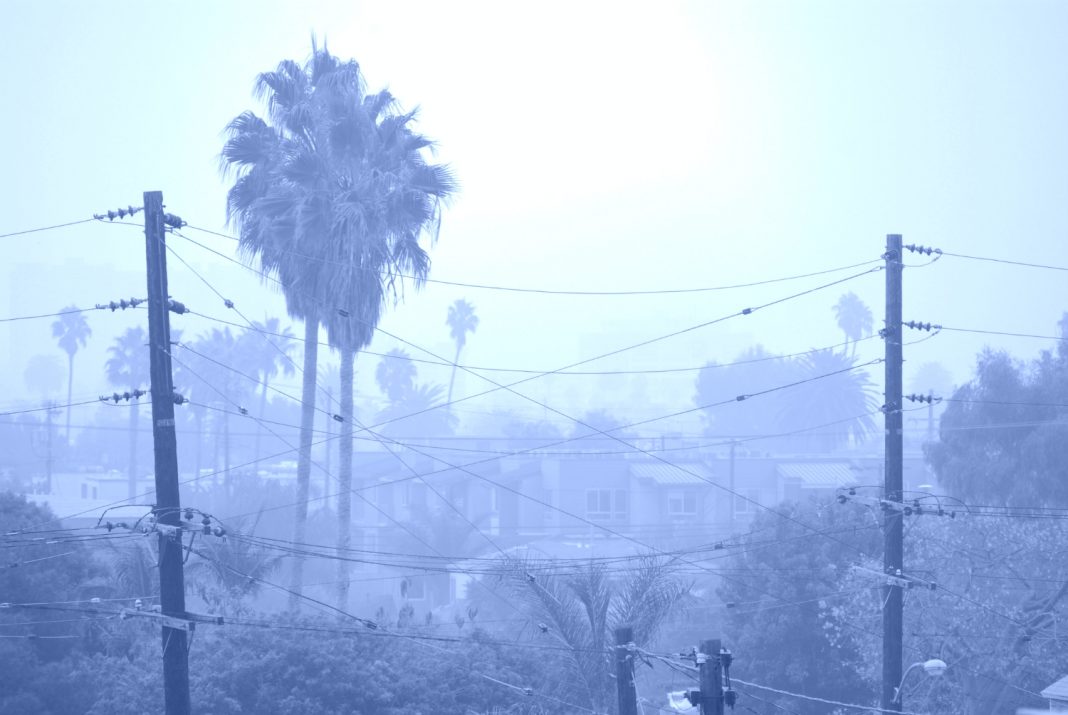 » Heavy overnight rain throughout the L.A. area has led to flooded streets, downed trees, and an early morning closure of the 110 Freeway in Torrance. According to CBS LA, a man had to be rescued from the rushing waters of the L.A. River overnight. [CBS LA] [KTLA]

» Universal is issuing an updated version of Cats to movie theaters with refined special effects. The move is being described as “unprecedented” (but only by people who don’t remember Life of Pablo.)  [Time]

» As housing remains a central political issue, a study finds that “blue” state residents report struggling the most with rising home costs.  [Bloomberg]

» Could it be a Christmas miracle? Parishioners at Holy Family Catholic Church in Artesia say they see an image of the Virgin Mary in the cement.  [Los Angeles Times]

» The Getty museum is one of the richest in the world, thanks in part to money made in the oil business–and its not alone in that. Now many around the world are asking: Can fine art survive without oil money?  [Grist]

» How Beverly Hills Police Tracked a Suspected Synagogue Vandal All the Way to Hawaii Just days after Nessah Synagogue was trashed, a 24-year-old Pennsylvania man was taken into custody in Kona

» Coachella Rumor Mill: Will Frank Ocean, Travis Scott, and Rage Against the Machine Top the Bill? The internet is going wild over a potential lineup leak

Where to Get Chinese Food on Christmas Day in L.A.

Going out for Chinese food on Christmas Day (when most other restaurants are closed) has been an informal tradition in America’s Jewish communities for at least 100 years, according to historians. If you plan to spend your 25th noshing on dumplings and duck, here are some of our top picks that will be open on Christmas.