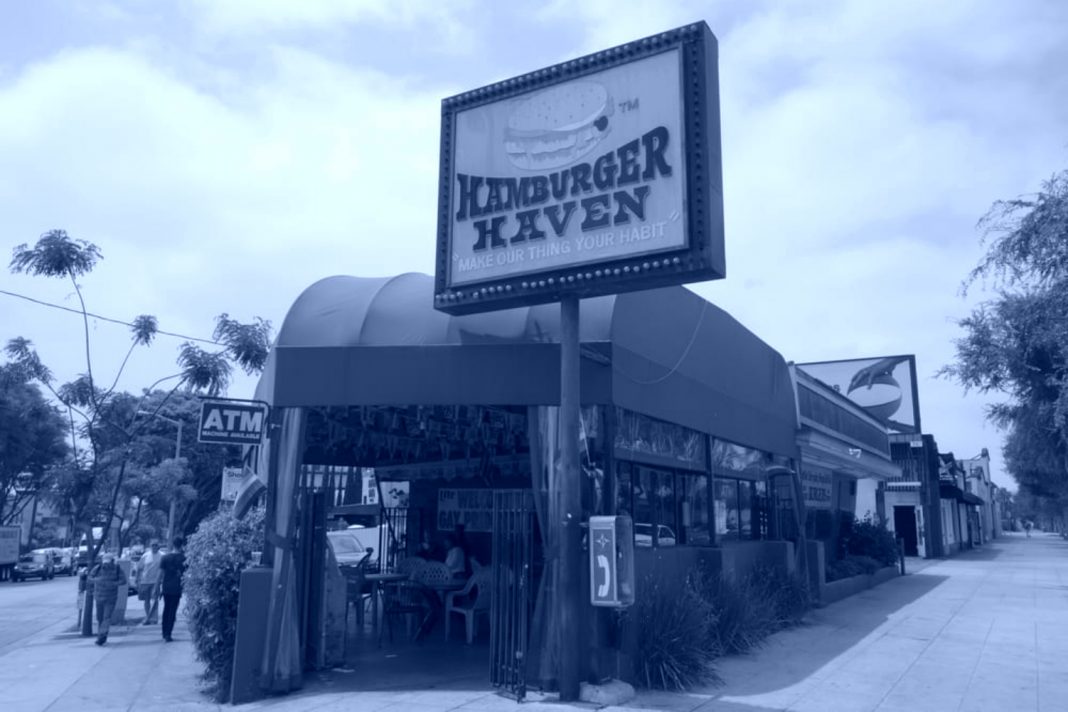 » After more than 40 years of slinging burgers in WeHo, Hamburger Haven closed on Christmas Eve. According to the WeHo Times, the fast-food standby will be demolished and redeveloped into an upscale restaurant shaped like a bird cage. [WeHo Times]

» L.A. rapper Blueface created visited skid row earlier this week to stand on his car and fling cash at people. Rev. Andy Bales, CEO of the Union Rescue Mission said, “He probably has received enough criticism to learn his lesson and go about it in a more orderly way. When we do something, like 1,300 steaks tonight for our guests, we make sure it’s done in an orderly way.” [ABC 7]

» Wednesday night’s wild winter storm brought rain, snow, and even a tornado warning to Southern California. The warning, which affected southeast Santa Barbara County, has since been canceled. [KTLA]

» L.A. Taco ranked and mapped the 19 best tacos of 2019. The list includes everything from the octopus taco at Holbox to a flan taco at Evil Cooks. [LA Taco]

» L.A. is considering making pads and tampons available for free at every city restroom, including parks, libraries, and city hall. Salt Lake City, Utah, is among the cities that already offer feminine hygiene products for free. [LAist]

» Our Favorite Wallet-Friendly Restaurants of the Year. From bagels to fresh pasta, these (relatively) cheap eats made the year a little more delicious.

» This Was L.A.’s Most Popular Car in 2019. A new study breaks down what we supposedly car-obsessed Angelenos bought this year.

In the days leading up to last week’s Democratic presidential debate, the Democratic National Committee was facing the possibility that it might have to cancel the event because of a labor dispute on campus. When contract negotiations between food service workers at Loyola Marymount University—the debate venue—and their employer, Sodexo, stalled and workers threatened to protest, all the participating presidential candidates said they wouldn’t cross the picket line.

But what started as an organizational debacle for the DNC became a bargaining boon for workers. With the national spotlight on Sodexo and pressure from DNC chairman Tom Perez, the multibillion-dollar food service company caved to the employee’s demands. A process that had dragged out for months was resolved in just a few days.