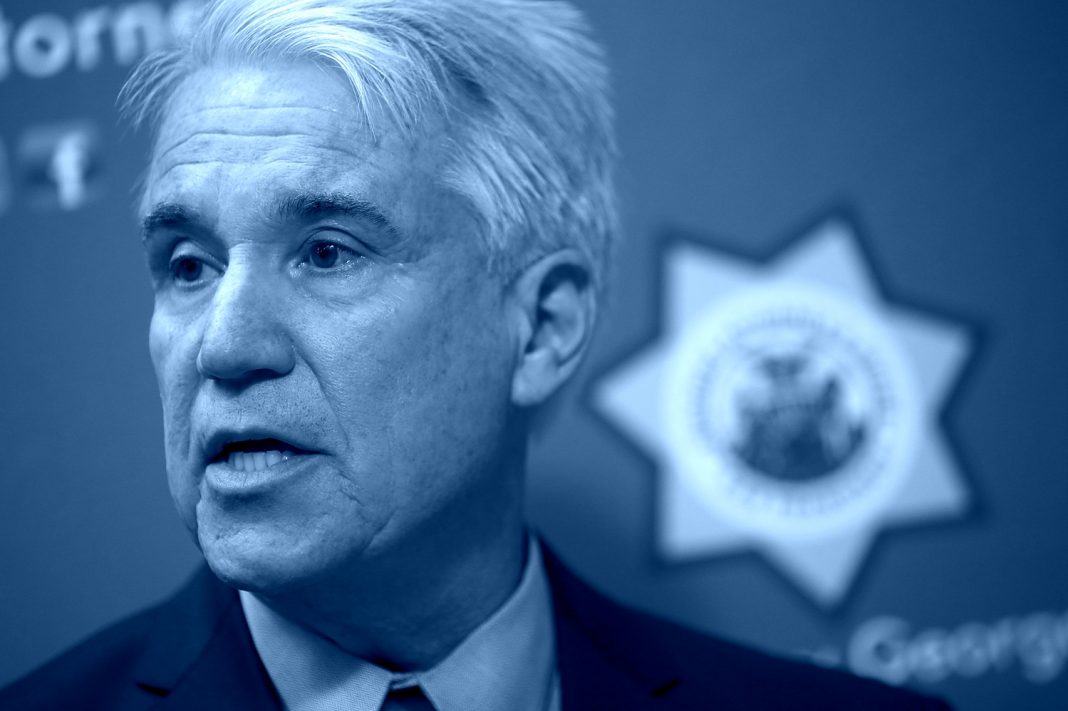 » The L.A. County Democratic Party has endorsed George Gascón for D.A. Chants of “Bye, Jackie!” were reportedly heard in the room at the party’s official meeting, jeering the struggling incumbent.  [The Appeal]

» According to a ruling issued by a federal judge, the White House cannot use $3.6 billion of military funds to build a border wall. That sum is around one third of the administration’s total budget for wall construction.   [Los Angeles Times]

» Activists have compelled the LAPD to release key details of controversial data policing policies which critics contend are racially biased. The programs have been discontinued.  [Los Angeles Times]

» The Trump administration’s new national homelessness czar is being described as a “real-life horror.” Robert Marbut was a private consultant before taking the top job at the U.S. Interagency Council on Homelessness. One housing advocate says he “espouses dehumanizing and ineffective methods that are based on neither empirical evidence nor best practice.”  [Curbed]

» A local real estate agent is taking heat for a “comedy” video that appeared to make light of gentrification. The video raised the ire of numerous community activists.  [L.A. Taco]

» Inglewood’s Newest Cafe Is Co-Owned by Issa Rae Hilltop Coffee and Kitchen will offer food, drinks, and spaces for meetings and performances

Getting your hands on the hot chicken from Howlin’ Rays can be a whole project. Even years after the small Chinatown restaurant opened, the wait to order can regularly take multiple hours. But thanks to Postmates you can finally skip the line and get your Howlin’ Rays fix by delivery–but only for a limited time. Available to order will be an abbreviated menu, featuring the Howlin’ Classic Set and a collaboration sandwich developed with Post Malone, known as the Ghost Malone.