» James Michael Tyler, the actor known for his role as Gunther on Friends, died Sunday morning in Los Angeles after a battle with prostate cancer at age 59. During an interview on the Today show in June, Tyler who had stage 4 cancer at the time said, “My goal this past year was to see my 59th birthday. I did that. My goal now [by revealed his illness and advocating for checkups] is to at least save one life.” [The Hollywood Reporter]

» A crew member says she raised safety concerns about the assistant director on the set of Rust who investigators said gave Alec Baldwin the prop gun that killed cinematographer, Halyna Hutchins. Maggie Goll, a prop maker and licensed pyrotechnician, said in a statement that she filed an internal complaint with the executive producers of Hulu’s Into the Dark series in 2019 over concerns about assistant director Dave Halls’ behavior on set, saying “he did not maintain a safe working environment.” [NBC News]

» USC students are demanding for the university to take stronger action against a fraternity chapter that has been accused of druggings and sexual assault. So far, the university has placed the Sigma Nu chapter on interim suspension, and the Los Angeles Police Police Department has started questioning a suspect identified as the chapter’s President, Ryan Schiffilea. [Los Angeles Times]

» A 64-year-old man was arrested Saturday afternoon after he rammed his vehicle into a crowd of people protesting vaccine mandates in Palmdale, injuring a woman, according to the Los Angeles Sheriff’s Department. The driver, William Aslaksen, was in custody as of Sunday morning and was being held on $50,000 bail. [NBC News]

» You’ve likely noticed that gas prices are extremely high right now with the average price for a gallon of regular unleaded gasoline ranking at $4.54 in California, which is about $1.16 higher than the national average, according to a recent report from AAA. But it’s nothing in comparison to one brazen gas station along the Big Sur coast that was charging $7.59 a gallon for regular unleaded this week and nearly $8.50 for premium. [Los Angeles Times]

» How This In-N-Out Burger’s COVID Policy Is Fueling A Bigger Cultural Debate According to reports, GOP is salivating over the opportunity to jump into the fray on this ”Burger Brawl” 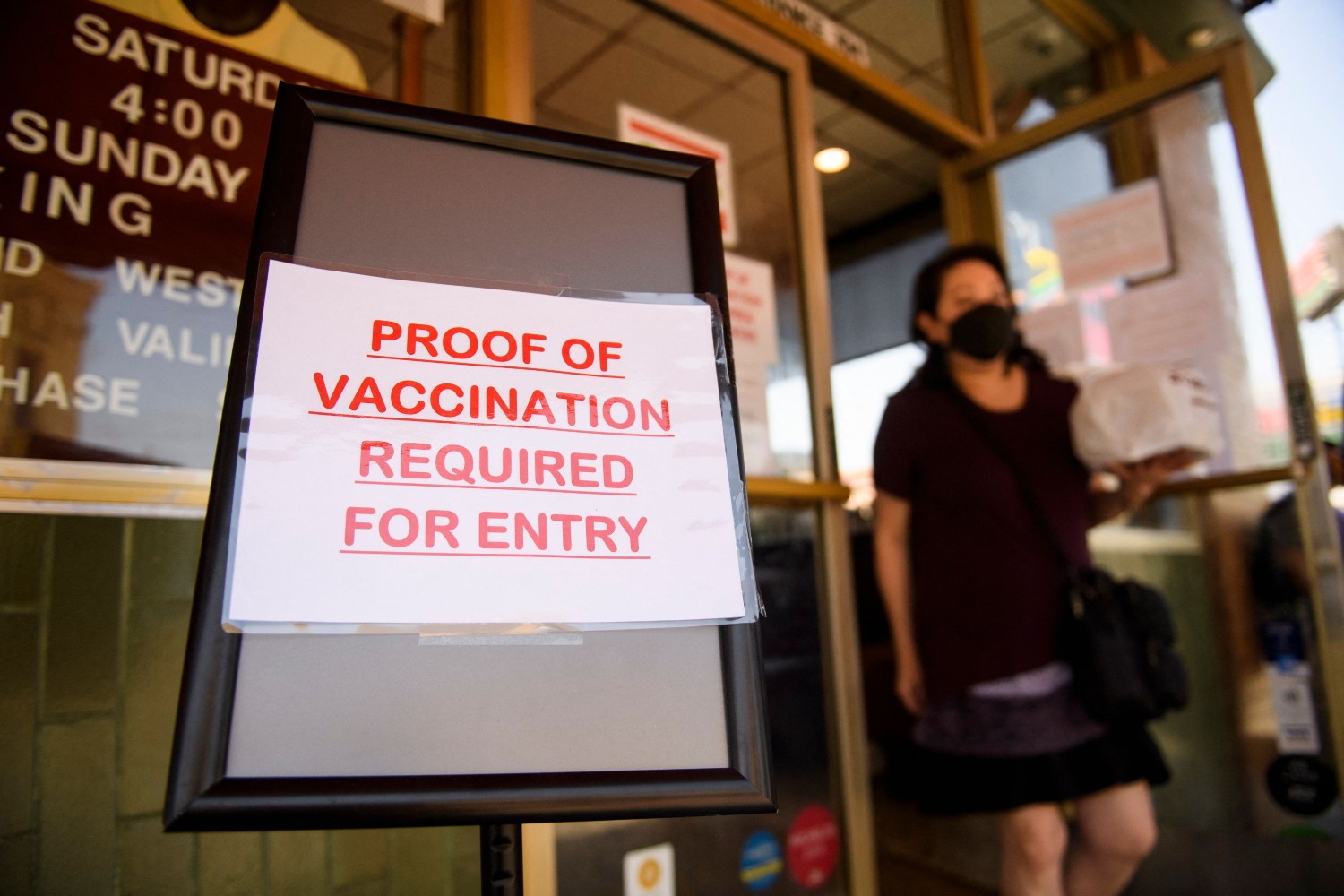