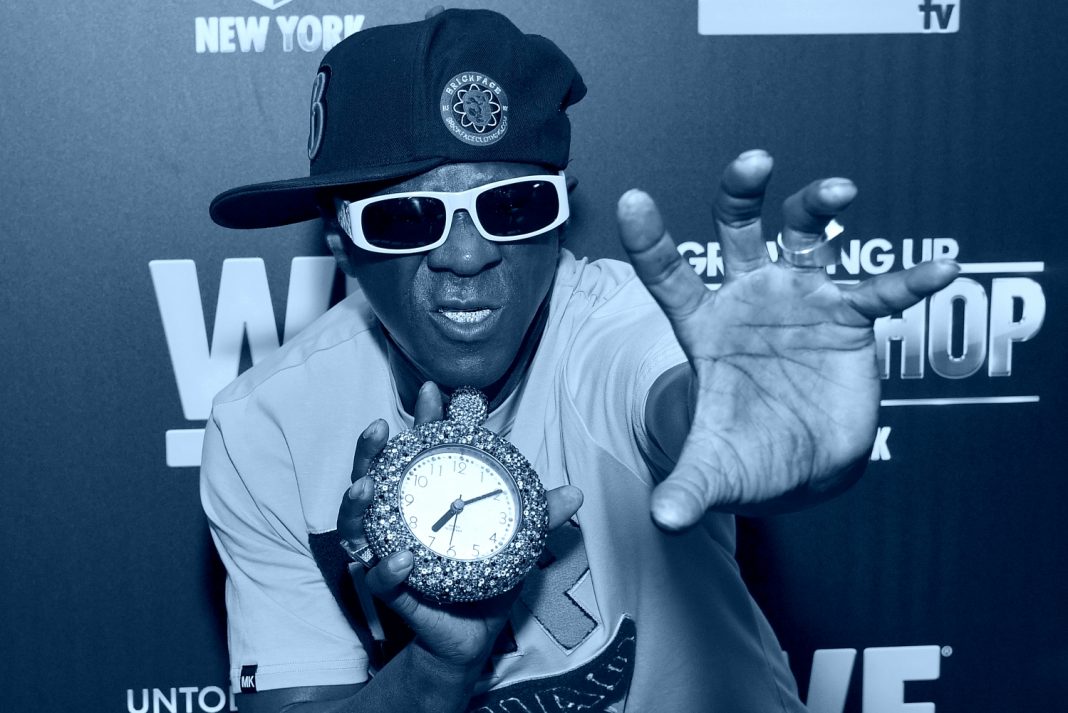 Dia Dipasupil/Getty Images for WE tv

» Public Enemy played a much ballyhooed L.A. fundraiser for Bernie Sanders on Sunday, but not every member is feeling the Bern. Flavor Flav sent a cease-and-desist letter to the Sanders campaign, accusing it of using Flav’s “unauthorized likeness, image and trademarked clock” to promote the rally, even though the legendary hype man “has not endorsed any political candidate.”  [Rolling Stone]

» The group subsequently parted ways with Flavor Flav, releasing the following statement: “Public Enemy and Public Enemy Radio will be moving forward without Flavor Flav. We thank him for his years of service and wish him well.”  [Rolling Stone]

» A second coronavirus case of unknown origin has cropped up in California. This time the patient is an older woman in Santa Clara County. [CNN]

» The Gold Line will end in Whittier. Metro’s board voted unanimously to move forward with light rail expansion that would end at PIH Health.  [Whittier Daily News]

» Nearly 30 years after it was damaged in the Northridge earthquake, a Panorama City tower has a new lease on life. The structure has been made over as 194 apartment units. [Curbed]

» A woman is accused of using counterfeit currency to scam Girl Scouts. She stole an estimated $150 in cash and $50 in cookies from a Redondo Beach troop. [CBS Los Angeles]

» The Glendora High School bagpipe band is heading to Scotland to compete in a world championship of bagpiping. It’s the first championship in the band’s 36-year history. [ABC Los Angeles]

» Kobe’s Friends, Teammates, Coaches, and Rivals Reflect on the Rise of a Legend In this oral history, Mark Madsen, Del Harris, and others tell the story of Kobe’s emergence as one of the greats, in their own words

Since his death in August 1969, celebrity hair stylist Jay Sebring has largely been remembered as one of the other four people murdered by the Manson Family alongside Sharon Tate at she and Roman Polanski’s Cielo Drive home. Now, the makers Jay Sebring…Cutting to the Truth, a documentary about Sebring’s rapid rise to fame in 1960s Los Angeles, are hoping to prove that he was much more than a bit player in a horrific true crime story.

The feature, directed by Sebring’s nephew Anthony DiMaria, has just been picked up for North American distribution by Shout! Studios, which plans to start screening it at festivals this spring in advance of a commercial release later this year.