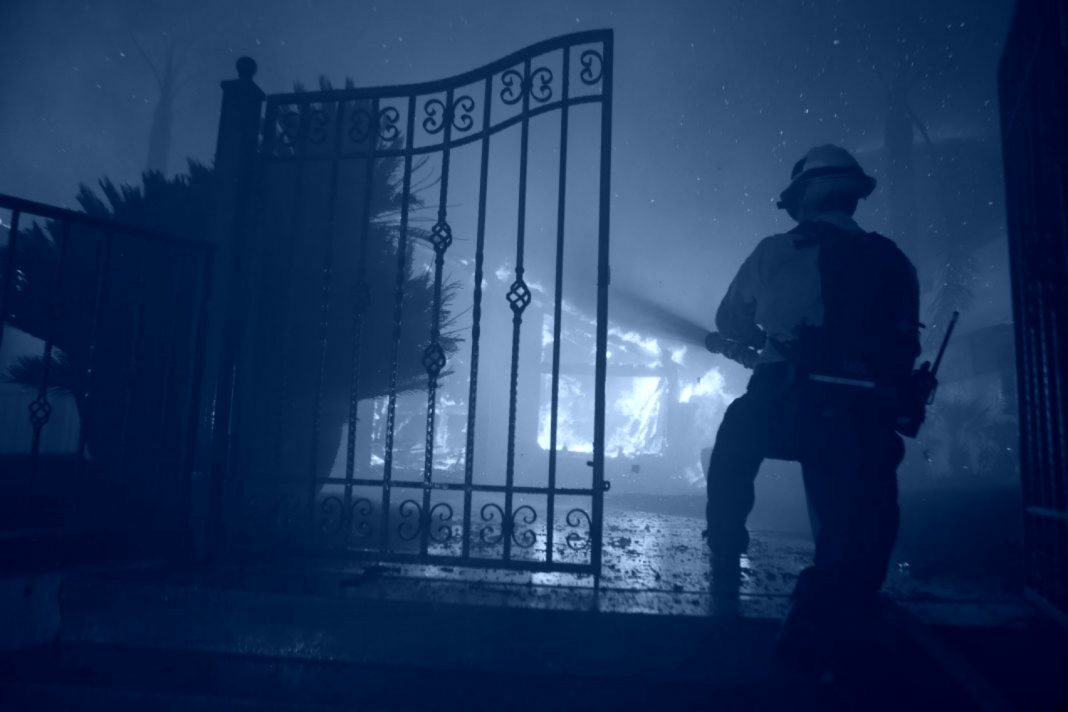 » Overnight, a massive blaze known as the Maria fire spread to 8,000 acres in Ventura County. [LAist]

» …And that new fire may not be the last. With no rain forecast for weeks, critical fire weather warnings have been extended for the region.   [Los Angeles Times]

» Here’s a list of all the fires burning in Southern California at the moment. [KTLA]

» L.A. has temporarily blocked the company’s JUMP scooters from operating in the city and given Uber 10 days to turn over user data. The show-down is seen as a prelude of what may happen in other cities, as many have chosen to follow L.A.’s lead on scooter regulation.  [The Wall Street Journal]

» At last, an answer to a question you’ve probably asked at least once this week: How do fires get their names? [Los Angeles Times]

» How Local Republican Operatives Brought Down Katie Hill.The Simi Valley reporter behind the coverage that put an end to the freshman congress member’s career has a history in politics in the area

Altaristas (altar-makers) Ofelia Esparza and Consuelo Flores, and Sister Karen Boccalero, founder of Self Help Graphics & Art, were instrumental in helping the tradition of Día de los Muertos establish new roots in Los Angeles. “Before [the 1970s], there were probably other Day of the Dead celebrations but they were never done in public,” Flores said. “Or on a public scale.” Esparza, Flores, and Self Help Graphics remain instrumental to how L.A. marks the occasion today.

“We all suffer three deaths,” Esparza recalls her mother telling her. “The first death is the day we give our last breath or the day that we die. The second death is the day that we’re buried, never to be seen on the face of the Earth again. The third, most dreaded death of all, is to be forgotten.” Through her ofrenda, she helps bridge the worlds and keep loved ones alive in memory.

The beauty of the celebration of your ancestors is the “fluid nature of it,” Flores says. “The thing that I’m resistant to is the commercialization of it, the thing that I do not like is the appropriation of it.”