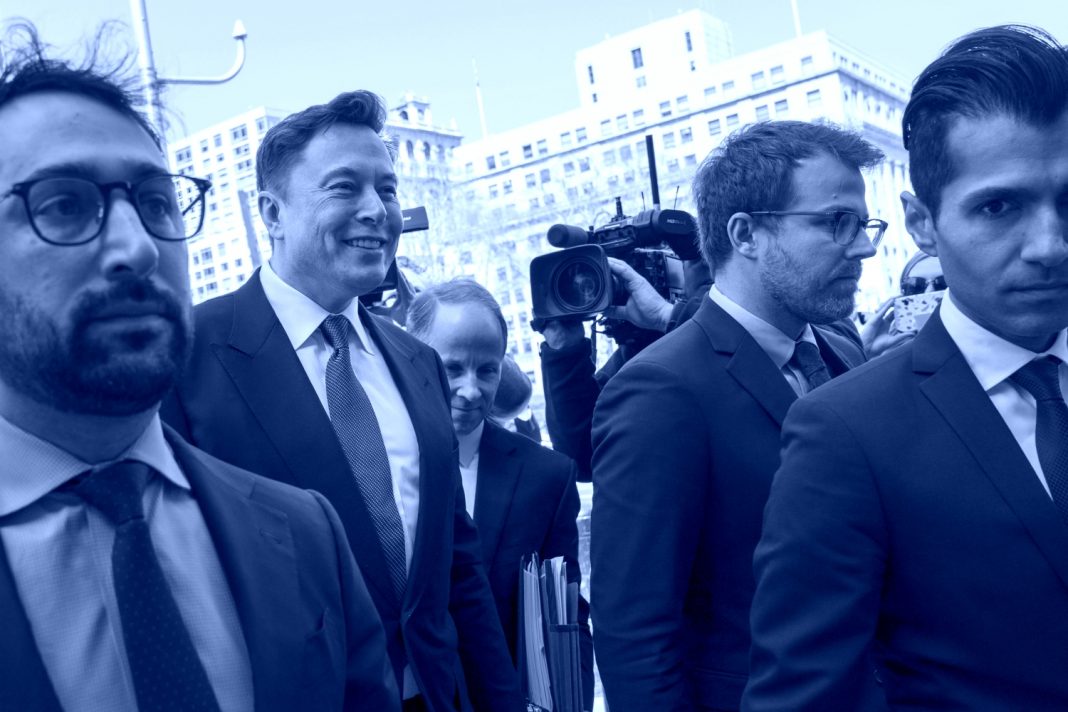 » Deputies of the L.A. Sheriff’s Department are harassing the families of people they have killed, according to testimony at an Oversight Commission hearing. Deputies have reportedly driven by funerals, homes, and family functions, pulled over relatives, and otherwise engaged in intimidation or taunting.  [Los Angeles Times]

» After his request to have the case dropped was denied, Elon Musk will have to face a defamation lawsuit in court. The suit was brought by Vernon Unsworth. When Unsworth critizied Musk’s suggestion to use a submarine to rescue a group of people from a cave in Thailand, Musk called Unsworth a “pedo guy” and “child rapist.”  [CNBC]

» Confirming a rumor simmering for months, admission to MOCA will be free starting in early 2020. The switch from paid admission is thanks to a $10 million donation.  [ABC Los Angeles]

» Jon Voight did a little dance during the the National Medal of Arts ceremony at the White House on Thursday. The actor, a vocal Trump supporter, was recognized alongside Alison Krauss, philanthropist Sharon Percy Rockefeller, and the musicians of the U.S. military [The Hill]

» Tidying expert Marie Kondo launched a shop selling luxury design objects. Internet response was swift and brutal. Now some are wondering if a white woman would have received the same ridicule.  [Vice]

» The L.A. Zoo is expecting the birth of a baby gorilla. It will mark the first birth of a Western Lowland Gorilla, a critically endangered species, at the zoo in over 20 years. [CBS Los Angeles]

» A Big Rent Hike Could Spell the End of a Beloved Venice Beach Market Facing a 120 percent increase in rent, Windward Farms hopes a buyer will keep the market alive

» A New Health Club on the Sunset Strip Turns 21st Century Wellness into a Social Affair From a booze-free bar to the cryotherapy chamber, Remedy Place wants to give the health obsessed a place to hang

» Things Just Keep Getting Worse at Office-Sharing Giant WeWork The faltering startup is based in New York, but has a big footprint in L.A.

Why Do the Palm Trees on Some L.A. Streets All Lean the Same Way?

Palms take their cues from local microclimates and sway in various directions all day. It’s easier to bring water to their leaves if they tip their tops just a little bit. The trees generally lean away from nearby buildings and into the wind. The palms on Finley Avenue in Los Feliz tend to bend south. “Palm trees are always going to lean toward the prevailing breeze,” says urban forester Ken Pfalzgraf. “But maybe they’ve heard good things about Long Beach.”