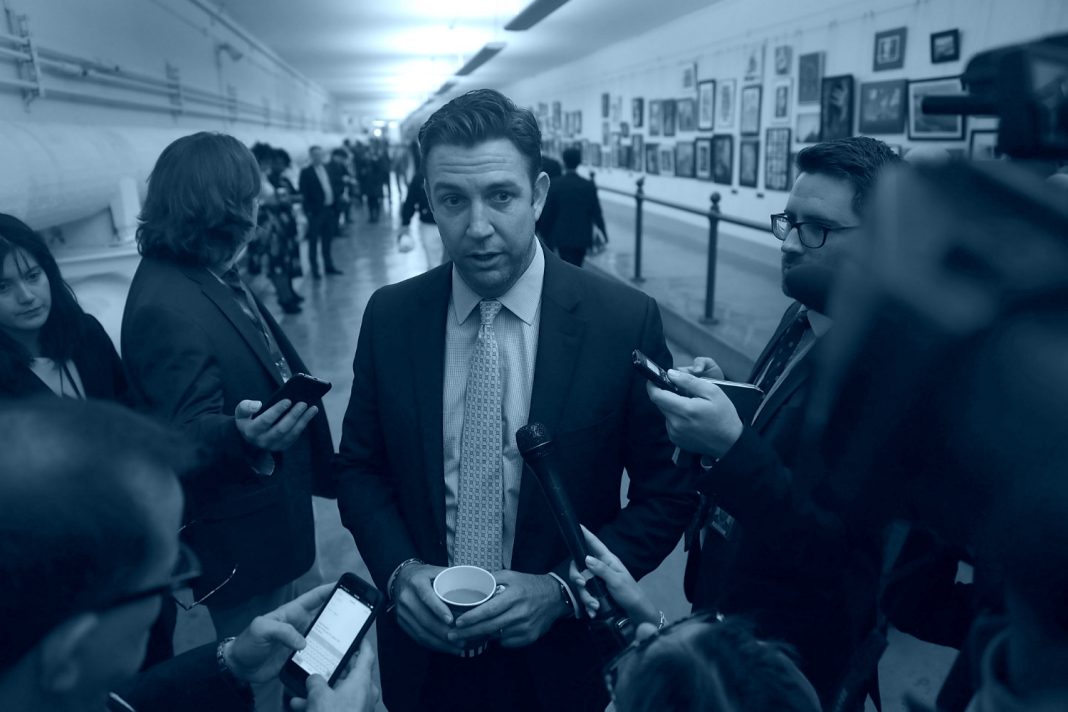 » Disgraced SoCal Congressman Duncan Hunter has been sentenced to 11 months in prison. Due to coronavirus protocols, he will be allowed to delay turning himself in to serve his time until May.  [Politico]

» In a dramatic twist, weeks after primary day, it now looks like the D.A. race will go to a runoff. Where it once appeared Jackie Lacey handily lead her two challengers, now it seems she may be more than 21,000 votes short of the threshold to avoid a second round of voting.  [LAist]

» Joe Biden won the Florida and Illinois primaries on Tuesday. Just hours before polls were set to open in Ohio, the governor declared a public health emergency and moved the primary to June 2. [CNN]

» Governor Gavin Newsom has raised the possibility that some schools may remain closed for much longer than previously ordered. “Boy, I hope I’m wrong, but I believe that to be the case,” he said. [Mercury News]

» Facebook is rolling out a $100 million program to support indie businesses impacted by the pandemic. Small grants will be issued to 30,000 businesses around the world. [CNBC]

» Nevada’s mandatory shutdown of non-essential businesses has resulted in the unprecedented shutdown of the state’s 440 licensed casinos for 30 days. Several large brands have promised to continue to pay employees for at least two weeks. [Las Vegas Review-Journal]

»The Coronavirus Is Causing Chaos During Finals Season at L.A.’s Universities As colleges transition to remote classes and testing, students and professors are navigating uncharted territory

» Another Trump Supporter Has Been Arrested for Threatening to Kill Adam Schiff  The Connecticut man is at least the third person charged with threatening the L.A. congressman with death

» Mel’s Drive-In Is Reviving Its Carhop Service in the Face of COVID-19 ”You drive up, park the car, and just call inside and order whatever you want”

Meg Zukin invited the internet to spill the tea on all the self-isolation dramas going on behind closed doors, and what she got back turned into something way bigger than she was expecting.

“I tweeted it first as a joke, and then realized quickly that it was a shared sentiment,” Zukin says. “I started receiving emails from strangers shortly after my initial tweet went viral. I think people wanted to participate in something on the internet and also needed to vent. These are trying times!”

Stories poured into her inbox about people trapped in quarantine with cheating boyfriends, hypochondriac girlfriends, surprise houseguests with possible sexual tension, and partners they already intended to break up with who just hadn’t gotten a chance to move out before coronavirus isolation orders went down.