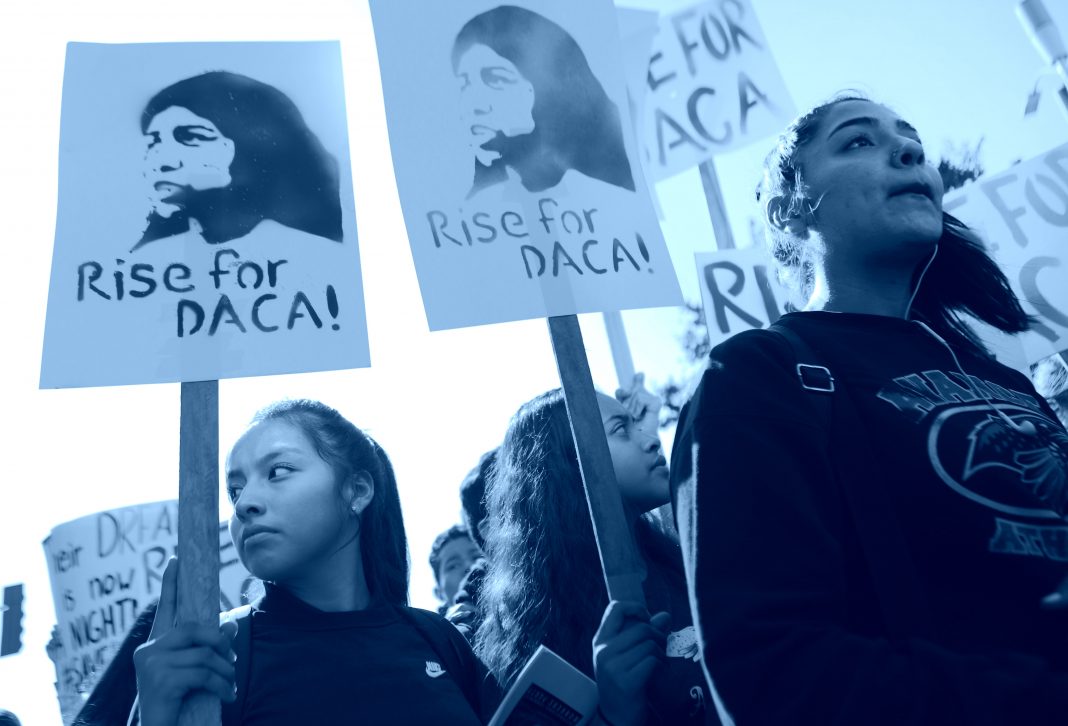 » As the futures of hundreds of thousands DREAMers hang in the balance, the Supreme Court appears inclined to allow the Trump administration to end the DACA program, which has permitted the children of undocumented immigrants to remain in the country if they arrived by 2007. [NBC News]

» After a fight broke out between students at John C. Fremont High, LAPD swarmed the school, with dozens of baton-toting officers. The exact cause of the disturbance remains unclear.  [KTLA]

» The widow of a passenger who died in the Santa Barbara boat disaster over Labor Day is suing the ship’s owners. She asserts the vessel was unsafe, lacking smoke detectors, fire safety equipment, and adequate emergency exits.   [A.P.]

» Canadian singer Neil Young’s oath of U.S. citizenship appears to have been delayed due to his marijuana use. Even though the 74 year old lives in California, U.S. Citizenship and Immigration Services can consider marijuana use a violation of the “good moral character” test for naturalization.  [The New York Times]

» U.S. employment has grown by 6 million jobs in the last three years, but Donald Trump told an audience that his daughter, Ivanka, has personally created 14 million new jobs.  [Vanity Fair]

» Kanye West will bring his “Sunday Service” to controversial pastor Joel Osteen’s church. Osteen has been criticized for homophobic rhetoric, refusing to make his Houston church building available as a shelter to the public during Hurricane Harvey, and for personally profiting off his ministry. [Complex]

» The RealReal Is Reeling from Reports that Fake Goods Are Slipping Through The company claims experts authenticate every item, but as the marketplace booms, some say fakes are slipping through

Miniso Is Offering California a Hip Twist on the Dollar Store

Miniso, a variety store that sells everything from scent diffusers to cosmetics to plush toys and candy-colored water bottles. If the shop looks familiar, that’s intentional. Miniso embraces the minimalist design of Japanese retailers like Muji and Uniqlo while keeping its price points closer to that of Daiso—Japan’s version of a dollar store.

Launched in 2013 by Chinese entrepreneur Ye Guofu, Miniso has expanded to more than 4,000 stores in 90 countries, including Poland, Brazil, Vietnam, Kazakhstan, and Ghana. A brief foray into Pyongyang violated a UN resolution prohibiting trade with North Korea, so the retail outpost was quickly rebranded and the company promised not to ship any more products from China. The brand opened its first US store in Pasadena in 2017, and now has several locations around the region.

Miniso may lack the elevated aesthetics of Muji or the cuteness overload of Sanrio, but it’s clearly struck a chord with customers. “We’re price competitive but not sacrificing design and quality,” says Yang.