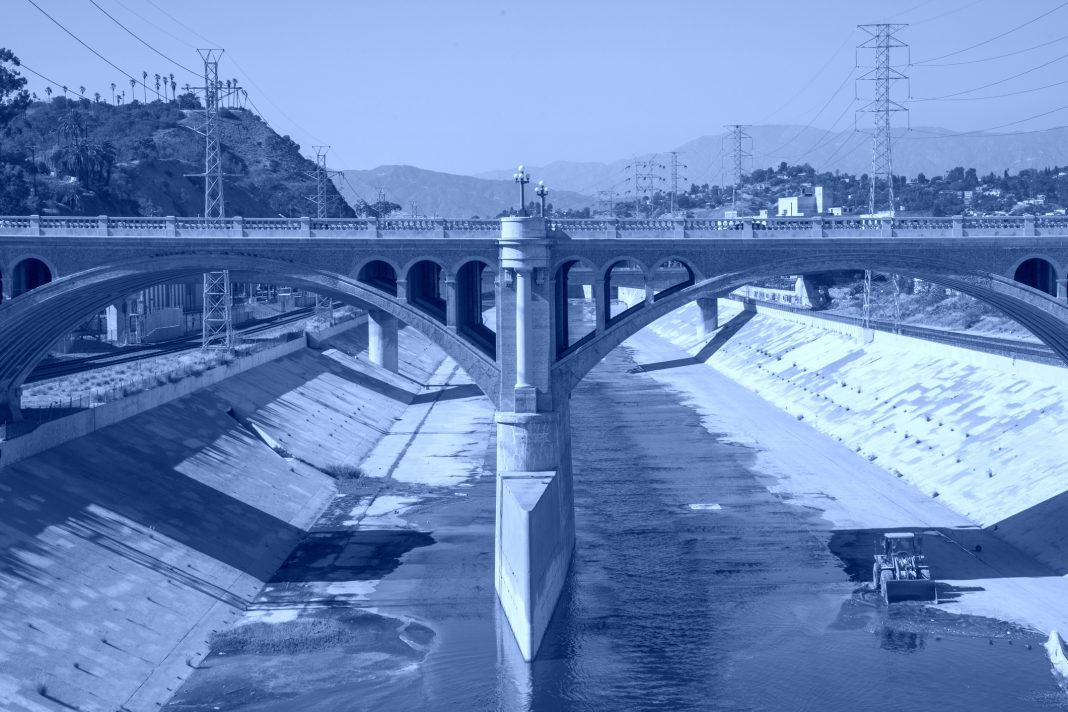 » Rain is reportedly on the way Tuesday night, but scientists are still on alert. With much of California back in “abnormally dry” conditions, experts are on drought watch across the state. [Sacramento Bee]

» Long Beach police had to break up a fight between Trump supporters and opponents outside the Long Beach Convention Center, where the California Democratic Convention was being held over the weekend. [Long Beach Post]

» A total of ten people were shot—four of them fatally—in a suspected targeted shooting at a backyard football-watching party in Fresno on Sunday. [NBC News]

» The teenage gunman suspected of shooting classmates at his Santa Clarita high school has died from self-inflicted wounds. Authorities are continuing to search for a motive, including scouring social media for clues. [The New York Times]

» According to a new L.A. Times poll, 95 percent of local voters say homelessness is the biggest issue facing the region. It was followed by housing affordability and traffic. [Los Angeles Times]

» California is voting with its dollars. The state will no longer purchase gas-powered sedans or other vehicles that don’t meet clean car standards for government fleets.  [CalMatters]

» Everything old is new again. Motorola is bringing back the Razr flip-phone, offering modern smartphone tech in an ever-so-nostalgic package. [CNN]

» On Friday, a fist-fight broke out between an employee and customer at the Glendale DMV. It was not immediately clear what provoked the altercation, aside from being at the DMV. [CBS Los Angeles]

» L.A.’s Influential Teachers Union Has Endorsed Bernie Sanders for President They are the first teachers’ union in the nation to endorse a presidential candidate

» If You Care About Sustainability, Never Eat These Five Fish The Environmental Defense Fund names the seafood species that should be off the menu

Artist, filmmaker, and general cultural figure Doug Aitken chatted with us on the occasion of his accepting of an ArtCenter Pasadena Lifetime Achievement Award over the weekend. He spoke with writer Merle Ginsberg about his art school days in L.A., global art super-stardom, and continual evolution.

“Art is an extension of not just what you make, it’s symbiotic with living, breathing, thinking, talking,” he said. “We’re all creating all the time, everyone in their own ways.”