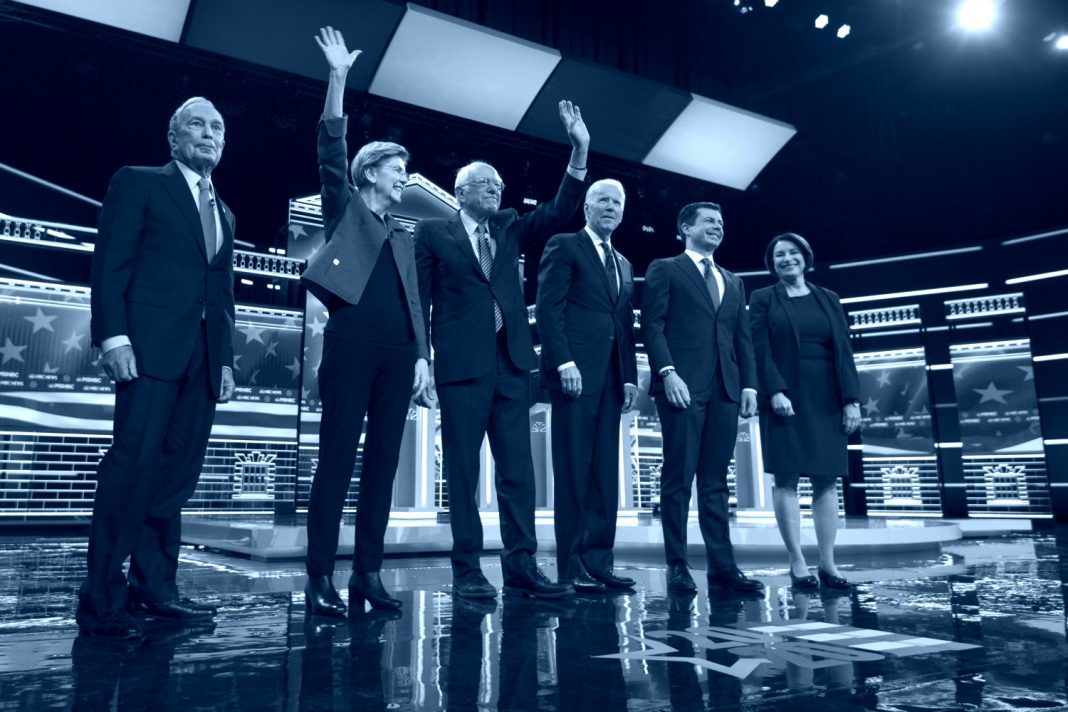 » Presidential candidate and billionaire Mike Bloomberg’s baggage made for a fiery first debate. On stage in Nevada last night, Elizabeth Warren said, “I’d like to talk about who we are running against—a billionaire who calls women fat broads and horse-faced lesbians, and, no, I’m not talking about Donald Trump.” Former Vice President Joe Biden focused on the confidentiality agreements signed by women who sued Bloomberg’s company for harassment. And Bernie brought the heat to both Mike and Pete: “We are giving a voice to people who are saying we are sick and tired of billionaires like Mr. Bloomberg seeing huge expansions of their wealth while a half a million people sleep out on the street tonight. And that’s what we are saying, Pete, is maybe it’s a time for the working class of this country to have a little bit of power in Washington, rather than your billionaire campaign contributors.”  [Los Angeles Times]

» The $81 million sale of Forever 21 has been finalized. The new ownership group has indicated they intend to keep most store locations and the company’s L.A. headquarters open. [Fox Business]

» The L.A. County Board of Supervisors has voted to eliminate most fees associated with criminal justice procedures and forgive outstanding debts. Previously bills for the fees, which can add up to thousands of dollars, would come due just as a person was released from prison and making an attempt to reenter civilian life. [NBC Los Angeles]

» Kim Kardashian and Kanye West have purchased a plot in an exclusive desert community. The La Quinta property is the third desert home purchased by the Kardashian-Jenner family in the last two years. [Desert Sun]

» Los Angeles has banned the use of “exotic animals” for entertainment. That includes private parties and live performances.  [Hollywood Reporter]

The 2020 Hollywood Bowl Schedule Is Here

It may seem like summer is still far away, but there’s no reason you can’t start dreaming about it now. This week, the Hollywood Bowl announced its upcoming season, so you can start planning your nights of al fresco music. This year’s lineup includes performances by the L.A. Phil, Janelle Monáe, Cynthia Erivo, Diana Ross, and many more.