» Biden Signs Major Climate, Health Care And Tax Bill Into Law On Tuesday President Biden dried ink on a new law that aims to combat climate change, raise taxes on corporations and expand health care coverage. The bill, known as the Inflation Reduction Act, was unanimously passed in the House and Senate last week and represents a huge win for Democrats leading into the midterm elections. “We didn’t tear down, we built up. We didn’t look back, we looked forward. And today offers further proof that the soul of America is vibrant,” Biden stated at the bill’s signing. [NBC]

» New Water Cuts Coming For Southwest As Colorado River Falls Into Tier Two Shortage Lake Mead and Lake Powell, the two largest reservoirs in the United States, are drying fast. The Fed is, appropriately, very concerned. Lake Mead’s water level is expected to drop below 27 percent of its full capacity by January, according to the Department of the Interior. To combat the Tier 2 (very bad) water shortage, the Fed is ordering major water usage cuts to Arizona, Nevada and Mexico starting next year, reducing Arizona’s allotment of Colorado River water by 21 percent. California receives 4.4 million acre-feet of water from the Colorado River basin each year. (By the way, one acre-foot translates to roughly 326,000 gallons.) [CNN]

» Report: LA on Record-Setting Pace for Hate Crimes In 2021, 549 hate crimes were reported to LAPD, a record-high number for L.A. County. In just the first half of this year, 349 hate crimes have been reported, a 16.7% increase from the same period last year and more than double the number reported in the first six months of 2020, according to data compiled by a nonprofit news organization based at USC. With the frequency of hate crimes generally increasing in the second half of the year, L.A. is set to surpass the appalling tally of hate crimes recorded last year, experts warn. [City News Service]

» Disneyland Announces Top-Tier Annual Pass for $1599 Due to high demand, the entertainment company’s year-old Magic Key annual pass program just got a pay bump. The previous top-tier Dream Key, already a hefty $1,399, has been aptly rebranded the Inspire pass– sure to inspire kids of all ages to get their noses to the grindstone and start making some moolah, that is if they plan on spinning teacups at “The Happiest Place On Earth” ©.  [Deadline]

» He Was Told He’d Die By Age 10. He’s Now Thriving At 34, Thanks To A UCLA Doctor In 1991, a 3-year-old Ryan Dant was diagnosed with a rare and life-threatening genetic condition called MPS I, which affects a digestive enzyme that helps break down large sugar molecules. As there is no known cure for MPS I, the Dants were told that their son would be lucky to make it to his 10th birthday. But thanks to the resilience of the human spirit and the particular dedication of one man, Dr. Emil Kakkis, a new drug was developed and a life was granted. [Today]

» 150 Amazon Workers Walk Off the Job at San Bernardino Air Hub The San Bernardino walkout is part of a larger effort by Amazon employees to organize for better pay and conditions
» Johnny Depp’s Directing a Pic with Pacino as Amber Heard Fires Lawyers Al Pacino will co-produce Depp’s first directing effort in 25 years, to go along with the many other fortunes that have befallen him lately
» Capri Sun and King’s Hawaiian Recalled in Cleaning Fluid, Bacteria Scares Summer-fun treats have been pulled from shelves over concerns about contamination by cleaning solution and the toxin that causes botulism
» Academy Will Apologize to Brando’s Oscar Stand-in, Sacheen Littlefeather Marlon Brando sent Sacheen Littlefeather to reject his 1973 Oscar for “The Godfather,” and to bear the brunt of his blowback
» 4 Million SoCal Residents Asked to Stop All Outdoor Watering for 15 Days Starting September 6, a critical pipeline will be under repair and lawns will just have to yellow until the work gets done 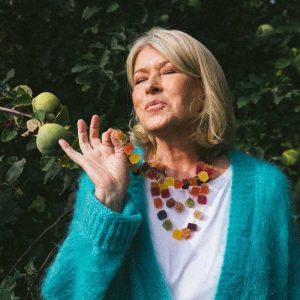 Welcome to LAMag’s semimonthly update on the biggest restaurant openings, club news, hotel announcements, celebrity and influencer sightings, and everything else you need to know before you venture to Sin City:

It was quite the weekend for Martha Stewart as she debuted her first restaurant, The Bedford by Martha Stewart, at Paris Las Vegas Hotel & Casino.

“It’s a rather strange time for me,” the iconic 81-year-old lifestyle maven and entrepreneur told a room full of reporters gathered for lunch with her on Aug. 13. “When most people my age are retiring, to embark on a restaurant of all things. But I’ve always wanted a restaurant and this opportunity I just couldn’t pass down.”