Home Religion Crystals Might Be Good for Your Aura. But Buying Them Could Be... 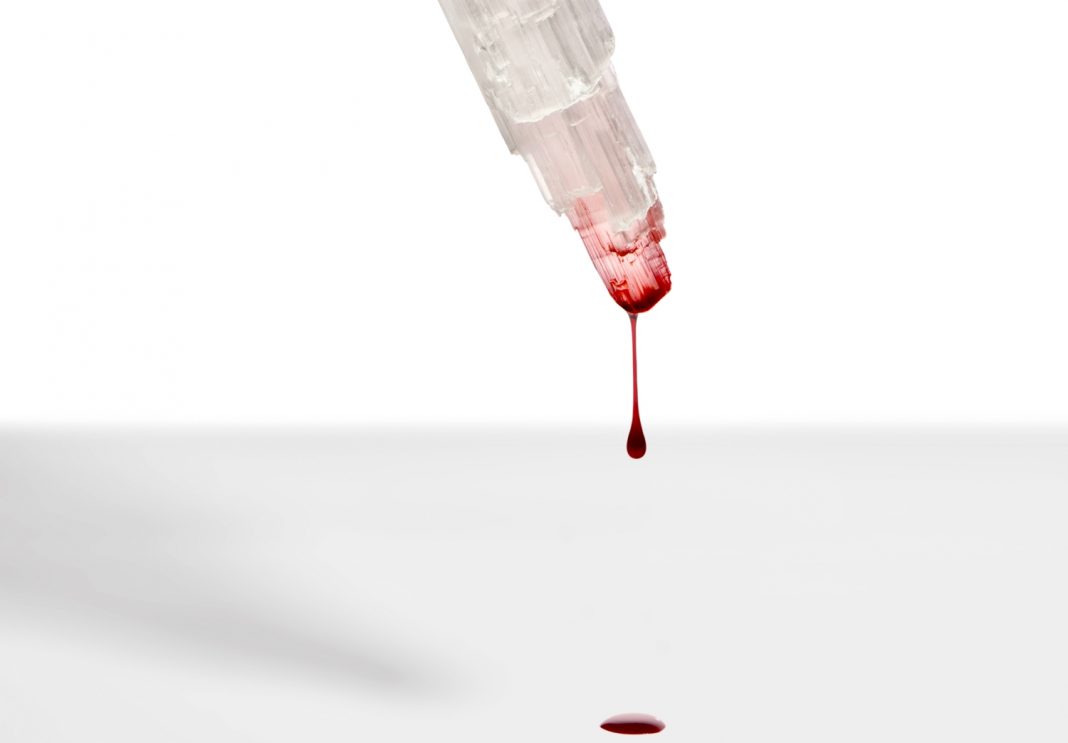 Ask geologists about labradorite, and they’ll tell you, roughly, that it is a feldspar mineral and a member of the plagioclase series that occurs most often in iron-rich igneous rocks such as basalt and gabbro. Ask Marlene Vargas, cofounder of L.A.’s spiritual emporium House of Intuition, and she’ll tell you something different: “Labradorite allows one to connect to one’s full success,” she says, gesturing to a display of the gray iridescent rocks at her new North Hollywood store. A small sign accompanying the crystals goes even further, explaining that each stone “[h]eightens intuition and enhances psychic abilities.”

What neither geologists nor Vargas can say, however, is where the labradorite came from—a fuzziness that may have serious ethical and environmental implications for the burgeoning crystal trade, which as of 2017 represented a multibillion-dollar industry, according to business magazine Fast Company.

The language surrounding healing crystals, with an emphasis on wellness and self-actualization, obscures a dangerous lack of accountability and regulation. In the tradition of other extractive industries, like oil and copper, healing crystals are disproportionately sourced from poor mineral-rich countries that often turn a blind eye to environmental and human rights abuses. “Mining has an environmental impact whether it’s for ‘healing crystals,’ the copper in your phone, or the gold in your ring,” Payal Sampat, the mining program director at Earthworks, said in a recent interview with The Guardian. Well-intentioned corporate actors like House of Intuition are themselves limited in the lack of information they have about the provenance of their products. “As with most minerals,” admits Sampat, “it is impossible to know for sure if your crystal was obtained via an environmental and human rights horror show.”

Like oil and copper, healing crystals are disproportionately sourced from poor mineral-rich countries that often turn a blind eye to environmental and human rights abuses.

Vargas says her chain of stores buys largely from sources it has worked with for a long time. “Now, do we really, truly know? It’s just going to have to be within ourselves to know that this person’s going to be honest. Because that person that we’re discussing things with may be the honest one, but maybe eight or nine layers down, that may not be the case,” she says.

House of Intuition is a useful measuring stick for the surging popularity of healing crystals over the last decade. The chain’s North Hollywood store is its seventh, and an eighth is slated to open in Miami in October. But neither Vargas nor her partner and cofounder, Alex Naranjo, ever expected the business to boom.

“We just wanted one store,” Vargas says, taking a break from trying to fix an “aura camera” on the fritz. “In our minds, it was like we’re going to have this one little store.” She gestures to the 50-some customers around her: “Obviously, the universe had a whole other plan for us.”

In 2010, around the same time that House of Intuition opened its first outpost in Echo Park, a certain brand of Instagrammable spiritualism began taking off with millennials and Gen Zers. Soon entrepreneurs and celebrities took notice. Gwyneth Paltrow’s wellness site, Goop, began offering jade and rose quartz yoni eggs for vaginas, promising they would “balance hormones, regulate menstrual cycles, prevent uterine prolapse, and increase bladder control.” (Goop paid a $145,000 fine for these “unsubstantiated” marketing claims; it still offers the eggs, however, with a hole to string dental floss through to help extract the egg after use.) And Spencer Pratt and Heidi Montag of The Hills famously turned to crystals after an ignominious fall from wealth. When Montag gave birth to their first child, she was surrounded by $27,000 worth of crystals.

Most crystals are not mined specifically. Rather, companies that dig up minerals like cobalt, copper, or gold collect and sell the crystals they find as byproducts. Some healing crystals, though, like lapis lazuli, jade, and amber power entire industries on their own.

Crystal mining, like most extractive industries, takes place in countries where vast resource wealth creates incentives for deregulation and opacity. While some purveyors of healing crystals claim to traffic only in ethically sourced goods, without a system of accountability backed by influential governments or industry players, their claims are impossible to verify.

“All mining tends to be poorly regulated,” says Nimah Mazaheri, a professor at Tufts University who studies the negative effects of natural resource extraction, “in part because of the kind of corruption and the influence that these large mining firms often have on politicians.”

He notes that sales of crystals sometimes finance illegal or malign enterprises. The Taliban earns as much as $20 million a year from Afghanistan’s lapis mines, according to the international nonprofit Global Witness. Myanmar’s jade industry, which supplies 70 percent of the world’s high-quality stock, is not only extremely dangerous—with frequent landslides regularly claiming over 100 lives at a time—but, according to The New York Times, it has helped “finance a bloody ethnic conflict and unleashed an epidemic of heroin use and HIV infection among the Kachin minority who work the mines.”

The environmental impact of the industrial mines supplying crystals is equally dire. A report released in late 2018 by the Amazon Geo-Referenced Socio-Environmental Information Network revealed an epidemic of illegal and destructive mining throughout the Amazon in countries including Colombia, Peru, and Brazil. “Although mining has always been a regional activity, its current proliferation is not comparable to any other period of its history,” the report states. The explosion in mining operations threatens the lives and social fabric of indigenous tribes throughout the Amazon, some of which have never been in contact with outsiders and lack immunity to potentially fatal illnesses. That’s not to mention the global environmental stakes tied to the Amazonian rain forest.

Brazil, according to Vargas, supplies all of House of Intuition’s quartz. This isn’t to suggest that the chain’s quartz may have been responsible for displacing an indigenous Amazonian tribe, but as long as the origin of any crystal remains uncertain, there will be ethical questions about purchasing it.

The situation in Brazil highlights the potential pitfalls of the crystal industry. Jair Bolsonaro, Brazil’s recently elected far-right president, began dismantling the country’s environmental protections only hours after taking office. On the campaign trail he had promised to neuter environmental agencies and expand farming and mining. “Where there is indigenous land,” he has said, “there is wealth underneath it.” Just this month, upward of 26,000 fires—many of them slash-and-burn blazes meant to clear land for farming—have ravaged the Amazon rainforest.

Meanwhile, at the House of Intuition opening, Jen, a middle-aged woman in yoga pants and with a Slinky-like collection of bracelets on each wrist, crouched to examine a shelf of metallic stones, pausing each time she picked one up. She says she would feel it when the right crystal wanted to go with her.

Jen believes the crystals are tools placed in the earth for the spiritual enlightenment of humans, but she hadn’t given much thought to their origin. While she would hesitate to buy one connected to environmentally harmful operations, she would need to be certain.

“Until I know for sure that that’s the case, I’m more than happy to be able to take what I need from it,” she says.

RELATED: The Story Behind L.A.’s House of Intuition, Purveyor of All Things Occult