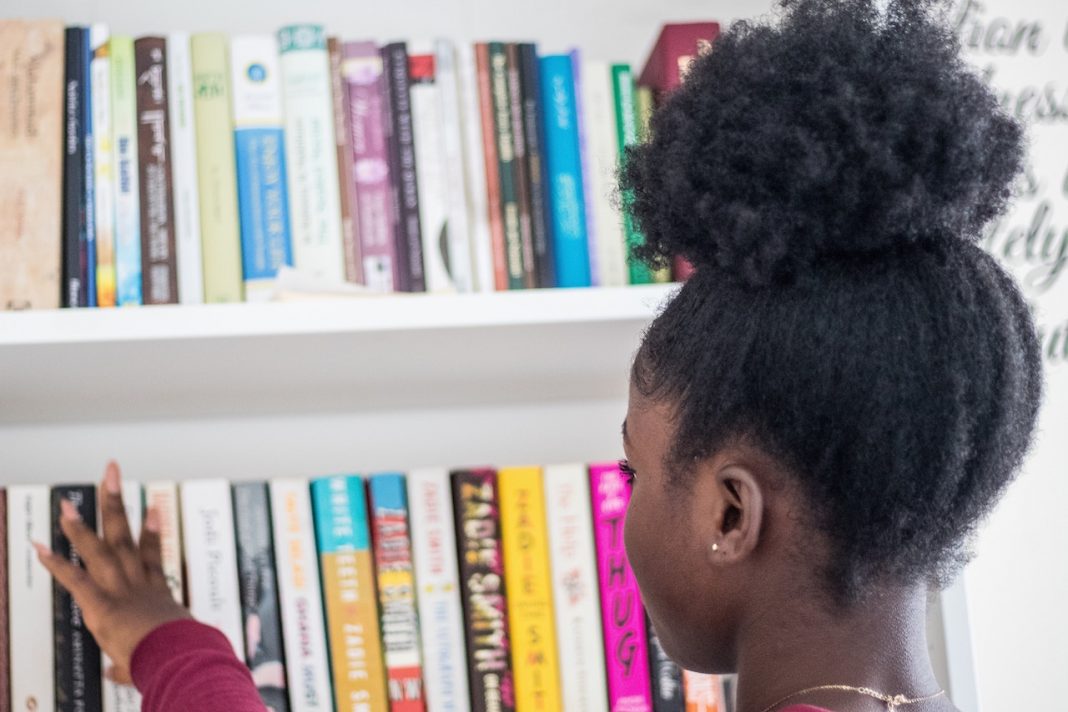 Photo by Suad Kamardeen on Unsplash

“Where is the justice when black men and women are denied access to economic advancement because of their natural appearance?,” state senator Holly J. Mitchell wondered on April 22, when she first presented the CROWN Act (or Bill SB-188) which would ban discrimination against natural hair. It passed the Senate on a 37-0 bipartisan vote and last Thursday, June 27, California’s state assembly voted 69-0 to pass the bill. This morning, Governor Gavin Newsom officially signed the bill into law, making California the first state to ban discrimination against natural hair, including afros, braids, twists, and locks (or locs).

Introduced and authored by Mitchell, the CROWN Act (which stands for Creating a Respectful and Open Workplace) will “ensure protection against discrimination in the workplace and schools based on hairstyles by prohibiting employers and schools from enforcing purportedly ‘race neutral’ grooming policies that disproportionately impact persons of color.”

The bill is sponsored by a national alliance compromised of the National Urban League, Western Center on Law & Poverty, Color of Change, and Dove. The bill would also extend protections in the Fair Employment and Housing Act and the California Education Code.

“Many Black employees, including your staff, members, will tell you if given the chance that the struggle to maintain what society has deemed a ‘professional image’ while protecting the health and integrity of their hair remains a defining and paradoxical struggle in their work experience, not usually shared by their non-Black peers,” Mitchell said when she first introduced the bill in April. “Members, it is 2019. Any law that sanctions a job description that immediately excludes me from a position, not because of my capabilities or experience but because of my hair, is long overdue for reform.”

Sociologist Chelsea Johnson, who completed her Ph.D. in sociology with a graduate certificate in gender studies from USC, believes that bill SB-188 is a “much needed first step toward protecting women of color’s rights to wear their hair in its natural state and according to common cultural traditions across the African diaspora.”

At USC, Johnson researched the natural hair movement–an emerging global network of black women who are embracing their kinky, curly hair texture. Her research also looks at how “racializing [all types and textures of natural] hair as inferior has been a key ideological tactic in denying black people social, economic, and political power.”

California’s latest effort to put an end to discrimination against natural hair is part of a larger movement, Johnson says. In May, a similar bill was introduced in the state of New York; New York City adopted an anti-discrimination measure in February.

Last year, a video showing a high school wrestling referee making a wrestler choose between cutting his dreadlocks or forfeiting a match went viral and it outraged viewers. In Fresno, a mother was outraged when her son was kicked out of class because the teacher determined that the “lines shaved into his hair were a distraction to other students.” In 2017, a Boston charter school reportedly threatened detention and suspension for black girls wearing box braids–and these are just a few instances of the not-so-casual racism surrounding natural hair.

You’ve likely heard about the natural hair movement. This global movement encourages women of African descent to embrace their natural textured hair. Chelsea Johnson, a PhD Candidate in Sociology @USCDornsife, is researching the impact of this movement. https://t.co/b8FAlD1c3w pic.twitter.com/CKuNkLeaMO

“These stigmas and associations [over a Black person’s natural hair] have persisted through slavery, Jim Crow, and to the present day,” Johnson says. “Associations between kinky hair and wildness, craziness, and dirtiness become barriers, especially for women of color working in professional and service sectors here in Los Angeles, across the country, and in many parts of the world with similar histories of colonization and slavery.”

Through her research on the natural hair movement, Johnson has also found that the harmful stigmas surrounding a black woman’s hair in the workplace manifests itself in different ways in L.A., specifically when you look at the city’s role in the entertainment industry.

“What agents, bookers, designers, photographers, and advertisers find beautiful may seem apolitical, but in fact, their preferences have real ramifications for talent employment,” Johnson says. In interviewing different women about this she found that they all had “strategic decisions to straighten their hair for headshots and auditions, and noted how their presentations-of-self impacted their chances of landing a role.”

And as a result, Johnson says, “the commercial fashion and editorial images that saturate everyday life perpetuate implicit basis and discrimination in other places and spaces.”

Slowly, however, there’s been a shift in mainstream media. This year marked the first time that Miss America, Miss USA, and Miss Teen USA were all black women. “Two of the three won their crowns wearing their natural curls,” writes Washington Post columnist Christine Emba in “Why having black beauty queens with natural curls matters.”

Johnson believes the CROWN Act will be especially important for its influence and impact it may have on the entertainment industry, in L.A. and beyond.

The discrimination black women and women of color face for wearing their natural hair inspired another Angeleno to create a product that empowers other women facing those issues.

In October 2017 Julissa Prado launched the haircare brand Rizos Curls, which creates products “that embrace and celebrate the beauty of curls, kinks and waves everywhere.”

“I grew up in predominantly black and Latino neighborhoods and I always saw the [women] around me straightening their hair,” Prado says. “Whether it was wavy or coily, it was embedded into our head that wearing it natural was unprofessional, improper, and that it wasn’t done until it was straight.”

Through Rizos Curls, Prado works toward providing quality curl care for defined, healthy voluminous natural curls. One quick scroll through Rizos Curls’ Instagram page, and followers will find that Prado’s line of products have empowered other women to share, flaunt, and accept their natural hair.

The majority of Rizos Curls’ customers, Prado says, are customers that have never worn their hair natural before or are wearing it natural for the first time. The great majority of her customers are also Afro-Latinas.

“The fact that natural, afro, and protective hairstyles are seen as unprofessional–there’s no other explanation to that than racism,” Prado says. Ultimately, this fuels her to continue creating a product that meets the needs of all types of hair and the women who need it.

The CROWN Act recognizes that discrimination against black women and women of color goes beyond hair and “extends to mannerism, speech, and dress.” Both Johnson and Prado agree.

“Women of color are often pressured and expected to code-switch in a variety of ways as they enter educational and professional environments that are either predominantly white, or adhere to European standards for beauty and professionalism,” Johnson says.

“It’s so much deeper than hair,” Prado adds. “It’s accepting a part of yourself that you’re taught to reject.”