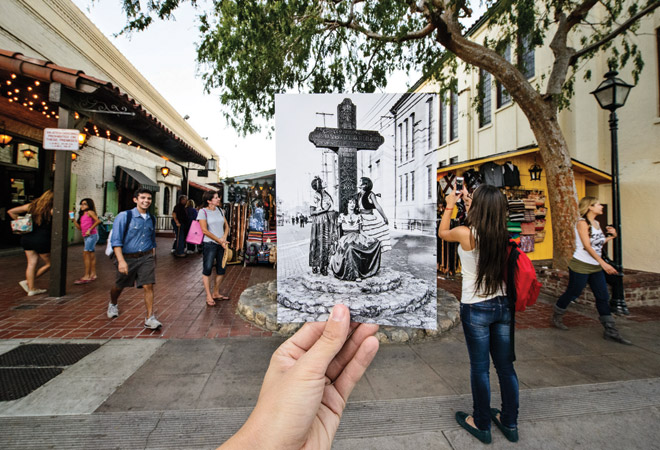 As it did with so many things worth preserving here, L.A. destroyed much of the original El Pueblo and reimagined it an indigenous stone’s throw away. If not for civic activist Christine Sterling’s perseverance, Olvera Street would have remained the den of bootleggers and prostitutes that it was in the early 20th century or become the site of Union Station, as originally planned. Instead Sterling persuaded the city’s elite to finance the construction of a Mexican marketplace; the chief of police “volunteered” prisoners to help with the labor. Sterling envisioned a wood cross, where these young ladies posed, to crown her achievement in the 1930s. In a twist of fate, she lost her Chávez Ravine home and spent her final years in the Avila Adobe she’d saved along the beloved street.