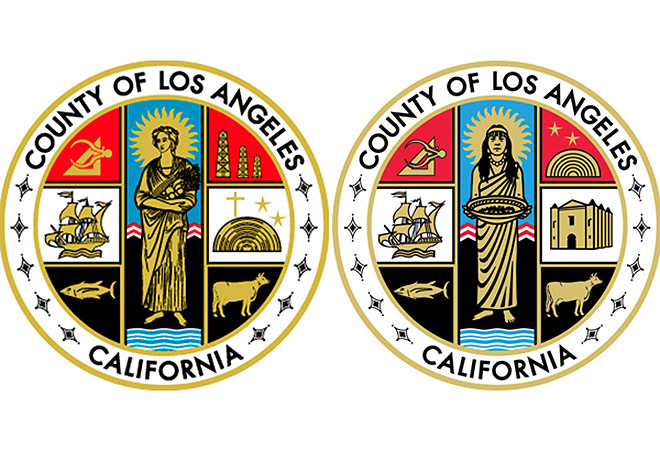 Proponents of adding a cross to the Los Angeles County seal won a battle in the on-going war over the emblem today when the Los Angeles County Board of Supervisors voted to reinstitute the symbol, which was removed during a redesign of the seal in 2004. The old motion found new footing in the arrival of Supervisor Mark Ridley-Thomas, whose vote was the deciding factor.

The proposal was originally put forth by Supervisors Michael D. Antonovich and Don Knabe, who purport that this undertaking is driven by a desire for artistic accuracy, not religious dogma. An image of the San Gabriel Mission is included on the emblem; since there is a cross atop the real building, the seal should include one too, they say.

In a statement, Ridley-Thomas agreed: “The placement of the San Gabriel Mission on the seal has not been the subject of controversy or public challenge…that is reflective of the broad acceptance of its historical relevance.”

A simple [web] search yields image after image of missions bearing a cross. If the County of Los Angeles has a seal that depicts its culture and heritage—past and present—then I see no reason why we should homogenize its mission history.”

Before the 2004 redesign, a cross hovered above a rendering of Hollywood Bowl for nearly 50 years, but the Board of Supervisors voted 3-2 to remove it when activists argued that it violated the separation of church and state. The vote ignited a legal battle that lasted three years, ending when the U.S. Supreme Court refused to hear a challenge to the county’s decision.

Today’s vote to restore the cross comes despite fresh lawsuit threats over the imagery’s constitutionality.