Home Health Officials Pause Distribution of a Vaccine Batch Linked to a Cluster of... 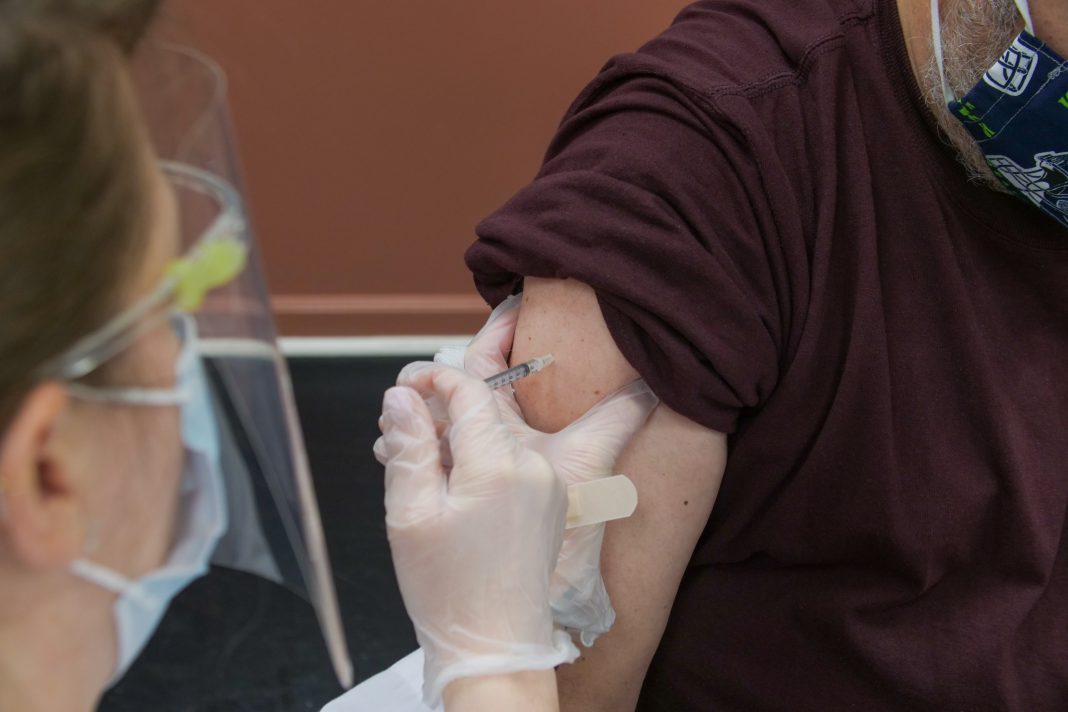 Photo by Steven Cornfield on Unsplash

Six individuals who received their COVID vaccinations at Petco Park in San Diego all experienced what may have been allergic reactions to the shots. All six received their doses from a single batch of the Moderna vaccine. While authorities investigate the unusual cluster of reactions, they are advising providers to hold back the entire batch from distribution.

The shots administered at Petco Park that triggered reactions all came from lot number 41L20A, a batch that included more than 300,000 doses of the vaccine. Those doses were distributed to 287 providers at locations around California, and a number of doses were administered at facilities other than Petco Park without reports of significant adverse response.

For now, the doses from that particular lot are just being set aside, but not thrown out or destroyed. With proper storage, they will not expire until July, the San Francisco Chronicle reports, so if authorities determine the batch is safe, it will be available to return to the distribution stream.

“It’s probably prudent to hold them, but every time a vaccine isn’t given out, it’s slowing us down,” Dr. Monica Gandhi, an infectious disease physician at UCSF, told the Chronicle.

Six allergic reactions within 24 hours at a single test site is “slightly higher than expected,” according to San Diego County Director of Epidemiology, Dr. Eric McDonald, who advised the pause on Lot 41L20A “in the possible event” of a problem with the entire batch.

While it has been reported that the possible reactions did require medical attention, details are not immediately available about the specific nature of all six incidents.

One patient, Diana Cannizzo, told NBC San Diego that, during the standard 15 minute monitoring period after receiving her shot, she experienced neck pain and could not feel her tongue.

“They gave me 50 milliliters of Benadryl and then they started monitoring me even closer,” she said.

Nonetheless, Cannizzo told the station that she hopes the attention on her cluster will not deter others from getting vaccinated against COVID-19.

“I don’t want anyone to hear my story and decide, ‘Oh, I don’t want to take that vaccine because of what happened to her,’” she said. “I did have some underlying conditions from other medications. I don’t know if that came into play; maybe it did, maybe it didn’t but anybody that has a lot of allergic reactions, just maybe think about it and talk to their doctors.”

One batch of a vaccine could potentially cause reactions even when many other batches of the same vaccine from the same company do not, because vaccines vary slightly between lots. Some have speculated that Lot 42L20A could have a minutely elevated amount of polyethylene glycol. PEG is the ingredient that was investigated as possibly related to a small number of allergic reactions to the Pfizer vaccine.

“It’s is called PEG,” allergist Dr. Michael Welch told NBC San Diego. “It’s an uncommon allergy, but it does occur out there.”

Besides vaccines, PEG appears in other medications, including the over-the-counter constipation aid Miralax, as well as certain processed foods, cosmetics, and other consumer products.

According to a statement from Moderna, the company is aware of the reports of possible allergic reactions, and is fully cooperating with a California Department of Public Health investigation into the matter.