Home Health Doctors Battling COVID-19 on the Front Lines Often Have to Innovate on... 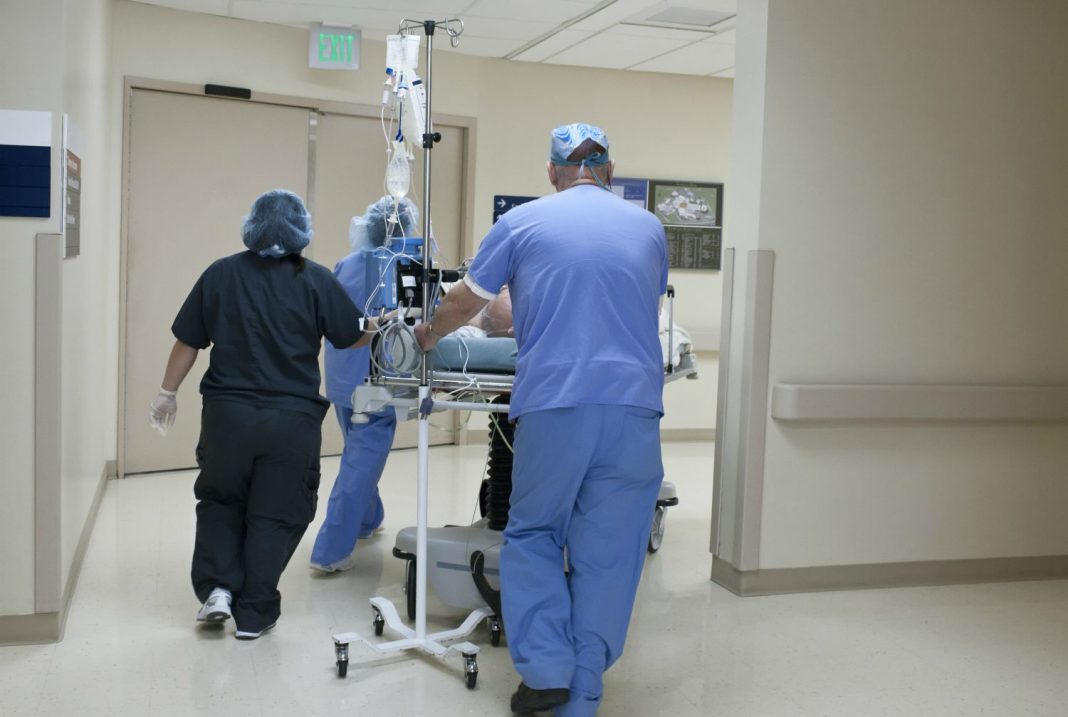 In mid-March, 55-year-old Alana Alfallah came down with a low-grade fever along with aches and pains, and ended up testing positive for COVID-19. Her doctor immediately performed a lung X-ray to make sure the mother of four didn’t have pneumonia, but both lungs were totally clear.

She was prescribed what was then COVID protocol: the anti-malaria drug hydroxychloroquine, combined with the antibiotic Zithromax and Zinc.

Four days later, Alfallah was much worse. Her fever spiked to 103 and she had pneumonia in both lungs. She was rushed from her Beverly Hills home to Cedars-Sinai. “I think those drugs made me sicker,” she says of the treatment.

Each day the picture was looking bleaker. Dr. Robert Huizenga, a Harvard-educated physician and assistant professor of clinical medicine at UCLA, was trying to piece together the puzzle, doing everything he could to keep Alfallah out of the intensive care unit and off a ventilator.

“Alana’s inflammation levels were so elevated it looked like she wasn’t going to pull through,” explains Huizenga, a well-known medical expert in academia, television, and film. A former Raiders team physician, his book on steroid use inspired Oliver Stone’s film Any Given Sunday. After two days in the hospital, Alfallah was continuing to deteriorate quickly. He decided to order a test to see how much of the virus was still left in her system. The results revealed her body had basically fought off the virus but was now attacking itself. Alfallah was suffering from what’s called cytokine storm, an immune reaction that’s been known to kill coronavirus patients. When cytokine storm strikes, the immune system starts out attacking the pathogen (COVID), but fails to turn off and goes into overdrive.

“Once you start seeing cytokine storm is happening in your patient you have to start accelerating the treatment,” says Dr. Thomas Yadegar a pulmonologist and medical director of the intensive care unit at Providence Cedars-Sinai Tarzana Medical Center.

Yadegar and Huizenga are among a group of Los Angeles doctors finding innovative techniques to treat COVID-19. What they’ve found is that the ability to improvise is essential. “We need the information we get from the CDC and hospitals about current protocols,” Huizenga explains of treating patients in unprecedented times. “But then you have to be light on your feet and move right or left depending on the case.”

At the beginning of the pandemic, two patients came into Yadegar’s hospital with COVID pneumonia, one of them 60 years old and the other 85. Yadegar assumed the younger patient would recover more quickly, but that wasn’t the case. “The 60-year-old had COVID-19 pneumonia with cytokine storm and needed a ventilator, he explains. “But the 85-year-old just had COVID-19 pneumonia. The difference was the cytokine storm.” He learned that they had to treat the inflammatory condition with immunosuppressant meds, which initially seemed contradictory to logic. “All throughout my career, I want to boost my ICU patients’ immune systems, not lower them,” the pulmonologist explains. ”But with cytokine storm you need to suppress the immune system.” He’s had great success using immunosuppressant drugs normally reserved for organ transplant patients.

The key is identifying cases that require treatment that may seem counterintuitive as quickly as possible. In some circumstances, they can treat COVID patients without drugs by simply giving them oxygen and putting them in the prone position (i.e. on their stomachs) for 16 hours a day. The purpose is to increase the amount of oxygen getting to their lungs. They’ll only administer immunosuppressant medication if absolutely necessary.

Alfallah was willing to let doctors try anything. Running out of options, Huizenga realized he needed to treat the cytokine storm by bringing down the lung inflammation. He tried to get the Ebola medication remdesivir but it wasn’t available. The next on the list was an anti-inflammation drug called Actemra, but it was only accessible to patients in ICU.

“Before putting her in intensive care, I gave it one last shot,” says Huizenga. “Out of pure desperation, I tried an anti-inflammation supplement, called NMN [nicotinamide mononucleotide].” He sat in the hospital room as she drank the NMN cocktail infused with boosters like zinc.

“When he had me drink the first dose in the hospital, I didn’t think it would work,” Alfallah admits. “But 12 hours later, my fever came down a couple of degrees and my inflammation level was cut in half.” She drank the oral medication again the following morning. Her temperature returned to normal by evening. Even after being released from Cedars a few days later, she continued the NMN cocktail.

Huizenga doesn’t tout the drug as a cure for COVID, but does believe it should be investigated. He put two other patients who weren’t as sick as Alfallah on the same cocktail and they too recovered quickly. “Three people isn’t enough information but we are in a war,” says Huizenga. “You have to think outside the box.”