Home Health What It’s Like to Get a Drive-Up COVID-19 Test in L.A. 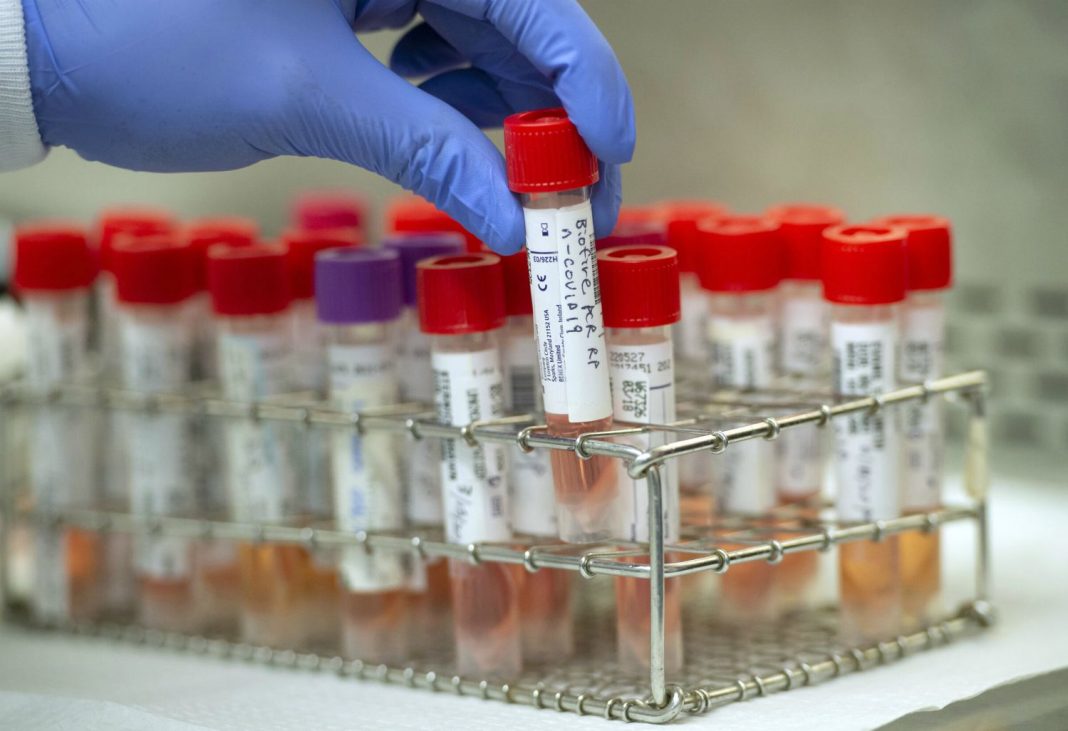 On Monday, April 6, Los Angeles Mayor Eric Garcetti announced that COVID-19 tests would be made available for all L.A. County residents experiencing symptoms, not just those most at risk. After city and county officials initially stated that they would be able to conduct 18,000 tests by the end of the week, that projection was increased to 36,000. The majority of these tests would be administered at makeshift drive-up centers.

Following Garcetti’s announcement, the average wait time at a drive-through site was about two-and-a-half hours. But on the drizzly Friday morning when I went to get tested at a site in Echo Park, there were only about a dozen cars in the queue. The massive parking lot, adjacent to the city Fire Department’s headquarters, was home to a couple of pop-up tents manned mostly by firefighters and a few police officers; no medical personnel were on hand. The lot was filled with hundreds of orange traffic cones set up in a dizzying maze designed to control the movements of a massive herd of cars and inadvertently put people’s driving skills to the test. But this morning it was eerily empty.

After navigating the cones, I pulled up to a tent where a man in a Tyvek hazmat suit and surgical mask was handing out biohazard bags containing the kits. There was a heavy Outbreak vibe to the whole affair. I idled for a few minutes behind the three cars that were in front of me, but the line moved more quickly than a McDonald’s drive-thru.

Once it was my turn, I was asked to provide the appointment confirmation code that had been provided to me via email. And although the instructions said to bring a government- issued ID, no one asked to see mine. I also followed protocol by not eating or drinking anything 20 minutes beforehand.

Two masked firefighters sat under the tent and ran my code in their laptops, and I was handed my very own biohazard bag. I wasn’t sure where to go next. Unlike McDonald’s there was no “next window” to pull up to, just more orange cones. The firefighter under the tent seemed annoyed at my confusion, calling out to me, “Did you watch the instructional video?” There was no instructional video provided. But the hazmat guy told me there were detailed instructions in the kit and to follow the cones and complete the procedure myself while waiting in line at the end of the lot. I did as I was told. As I drove, someone yelled at me to close my windows.

I parked and opened the kit. In it was a vial of some liquid that I was warned to keep upright, a sealed cotton swab, an unsealed cotton cosmetic pad, and two sets of instructions: one, a standard photo copy with photos of a dude wearing mirrored Oakley sunglasses demonstrating the steps; the other a glossy professional-looking pamphlet from a company called Curative Korva. I went with the Oakley dude’s steps: use the cotton swab and rub the insides of both cheeks and the roof of the mouth toward the back of the throat (which made my gag reflex kick in) and swab each place for ten seconds each. You stick the swab in the liquid vial and write your name and birthdate on the tube.

I had my government-issued ID but no pen. When I couldn’t get anyone’s attention, I got out of my car to see if I could find a pen. Whatever you do, don’t do this. “Get back in your car! You don’t need a pen, the bar code is how they will track you.” I hopped back in and looked at the next step—wrap the vial in bubble wrap and place it in the biohazard bag. There wasn’t any bubble wrap in my kit, so I placed the sealed vial in the bag. As the cars moved forward I could see a blue plastic receptacle, and despite the lack of signage I gathered like everyone else that I was to deposit my bag in it.

And that was it. All in all, it took about 20 minutes.

The instructions said turnaround times vary but that I should receive my results in “a few days” via email or phone. But the backlog of lab testing has been an ongoing issue. There are two different types of tests for COVID-19. One is a swab test—also known as the PCR test—like I took, and the other is a blood test. There are currently 14,000 swab tests backlogged at California labs (a mix of public and private labs are tasked with the testing). Of the backlog, county health director Barbara Ferrer has said that increasing tests without the capacity to process them “doesn’t really help us as much as it ought to if there are really long waits for people to find out whether they are positive. It’s really important for us to know if they’re positive—both for their medical treatment, but also so we can immediately move those people into isolation, identify their close contacts, and have their close contacts quarantining.”

Clearer instructions certainly wouldn’t have hurt either. It was only later that I discovered the glossy pamphlet said to swab the saliva under my tongue—that was missing from the paper copy. I still don’t know what that cosmetic wipe was for.