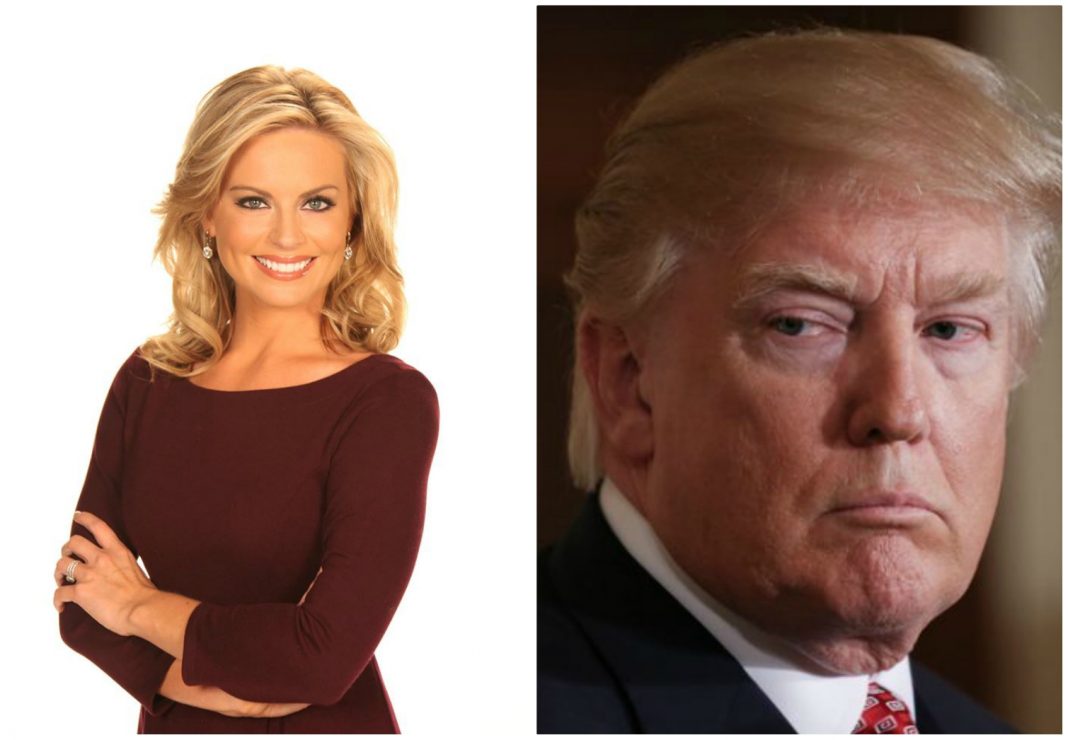 KTLA weekend anchor Courtney Friel was missing from her usual time-slots last Saturday and Sunday–just after an excerpt from her new tell-all, Tonight at 10: Kicking Booze and Breaking News, appeared in the New York Daily News on Friday. In the excerpt, she accuses Donald Trump of inappropriate behavior during her time as an anchor at Fox News.

According to Friel’s account in the book, Trump called her office phone to tell her that she was “the hottest one at Fox News,” and suggested, “You should come up to my office sometime, so we can kiss.”

“This proposition made it difficult for me to report with a straight face on Trump running for president,” Friel writes. “It infuriated me that he would call all the women who shared stories of his bold advances liars. I totally believe them.”

Friel’s Fox office mate at the time, @RickFolbaum, was right next to her during this alleged phone call. Folbaum tells me: “I can confirm Courtney’s account.” https://t.co/y54JFt2kwE

Friel was scheduled to take a vacation for a short book tour starting on Monday, January 6, but viewers were surprised when she was not on the weekend KTLA broadcasts on January 4 and 5. Some are now wondering if the station, where she’s worked since 2013, was punishing her for joining the ranks of women who’ve publicly accused Trump of misconduct.

As the Daily Beast reports, Friel appeared unsure of her own job status when a paparazzo caught up with her at a West Hollywood Whole Foods on Saturday.

“Why are you not on the news right now?” he asked.

While declining to directly address Friel’s mysterious and apparently unrequested weekend off, a spokesman for Nexstar Media Group, which owns KTLA, told the New York Daily News, “Courtney will be back on KTLA’s air January 18 when her vacation ends.” Multiple calls by Los Angeles to Nexstar’s corporate offices were not returned.

Nexstar-owned stations in Harrisburg, PA and New Haven, CT have both come under fire in recent years regarding employees at the stations engaging in gender discrimination and various form of harassment and abuse.

RELATED: How Does “Bombshell” Compare with the Real-Life Fox News Scandal?