Home Health COVID-19 Shut Down the County Fair, but the Fairplex Has Served a... 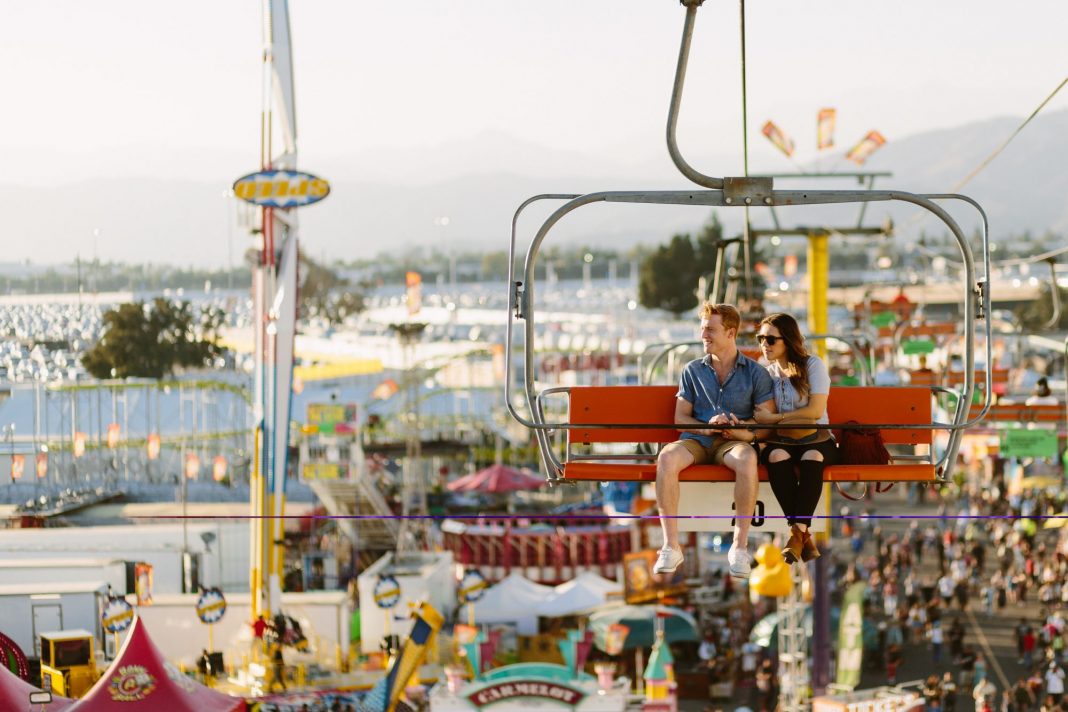 In a normal September, the Fairplex in Pomona is a hive of activity. Over the course of roughly three weeks, up to 1.3 million people throng the site for the L.A. County Fair. Teens purchase wristbands that provide unlimited afternoon runs on the carnival rides. Crowds fill the grandstands for evening performances by acts such as ’70s rockers Chicago and comedian George Lopez. Kids pose for photos with nonplussed goats and sheep in the country’s largest petting zoo. Sunburned visitors scarf down vegan jackfruit tacos, monstrous servings of ice cream, and everything that can possibly be deep-fried.

All of that was canceled this year. The County Fair, like Coachella, the L.A. Phil season, and everything else that brings strangers into close proximity, is a no-go due to COVID-19.

The effects have been devastating. According to Fairplex CEO Miguel Santana, the loss of revenue from the fair and other events—the Pomona complex hosts everything from bridal exhibitions to reptile shows—meant having to furlough 80 percent of the permanent staff. Executives have seen salary cuts of 25 percent to 50 percent. Seasonal fair employees including parking attendants and ticket sellers, as well as musicians who perform on site, have missed out on jobs.

The result is a sprawling complex that, as Santana describes it, feels “eerie.” During the fair he regularly walks the site—picking up garbage along the way—several times a day. Now it’s a stroll of solitude.

“It’s quiet,” he tells Los Angeles. “The buildings are all boarded up. Some of the weeds have grown. Usually the campus is beautifully manicured, but it looks exactly like what it is: a 485-acre campus that has very limited activity on it.”

The site is not completely devoid of life. Although COVID-19 has halted the Fair’s run, which would have been September 4 through 27, Fairplex itself has emerged as a hub of the COVID response on the eastern edge of L.A. County, with a largely overlooked quartet of ongoing efforts.

The most significant is the repurposing of the on-site hotel. The Sheraton, with 244 suites usually booked by guests traveling for trade shows, is being used exclusively to house people who have contracted or been exposed to the coronavirus. The operation began shortly after the stay-at-home order went into effect, when County Supervisor Hilda Solis asked Santana to explore the possibility.

“Our first guests were firefighters who were exposed in the line of work and the department didn’t want them to go back home or to the station,” Santana says. “This became a safe place for them.”

The original contract to have the hotel function as a quarantine center until June 30 was extended through the end of the year. The county pays for the rooms and is in charge of safety protocols. Santana says the facility has housed a variety of individuals, including some who are experiencing homelessness. During the peak of the virus, he says, the Sheraton was nearly completely filled with those who had been exposed to or contracted COVID-19, but were not sick enough to require hospitalization. He says the hotel now averages about 100 guests a night.

The most unlikely part of the campus pressed into a COVID response service is the dragstrip, which every February fills with exhaust and a deafening roar during the National Hot Rod Association Winternationals races. It is drawing vehicles during the coronavirus crisis, but the pace is far slower—on the first and third Wednesday of every month, thousands of area residents drive onto the strip for a food pantry.

The nonprofit Sowing Seeds for Life had been running a food bank in La Verne since 2007. When the virus hit and thousands of people lost their job, the need became greater, and organizers worked with Santana to set up shop on the dragstrip. According to Sowing Seeds Executive Director Fran Robertson, the 600 vehicles that had been served at each pre-pandemic event has more than doubled at Fairplex (each car is estimated to represent a household of five to seven people).

Cars line up early in the morning, pop their trunk, and an army of PPE-wearing volunteers at several stations load in goods. Visitors drive away with a 40- to 70-pound kit of non-perishable items including canned foods and dried goods, and smaller kits with about 25 pounds of meat and 20 to 25 pounds of produce. The entire process takes about two minutes per car.

“We are able to give away about two weeks or more of food, produce, hygiene products like diapers, and toiletry items,” Robertson says. “Our biggest goal is that if you have funds to pay your rent or buy food, it shouldn’t have to be a choice. If we can help you by providing the food, then you can use those monies to pay rent.”

One of the campus’ massive parking lots has also been repurposed, and now serves as a drive-thru coronavirus testing site. Santana said this also came at the request of Solis, and that it operates seven days a week, with support staff from a nearby hospital and medical school. As of September 8, more than 45,500 people had been tested on the site.

The final part of the Fairplex response serves a much younger crowd.

The Fairplex Child Development Center has been operating since 1980, and pre-coronavirus cared for about 200 infants to five year olds each day. Although most such facilities in the region have shuttered, Santana says the Fairplex team recognized its importance and was able to make changes allowing it stay open. Capacity has been reduced to 120, but the center now serves kids up to ten years old.

The audience has also shifted: the center cares for the children of hospital employees, police, firefighters, grocery store workers, and others who can’t do their job from home. Additionally, a fundraising appeal to local philanthropists and longtime center supporters allows the service to be free to parents.

“Having a quality space where first responders and essential workers can put their young ones while they work allows the rest of us to be safe,” Santana says. “It’s been one of the things that we are so proud we have been able to maintain.”

Although the summer tradition is canceled this year, the Fair’s website allows people to upload personal photos from past visits, and share shots of Ferris wheel rides or petting zoo encounters. It’s an effort to maintain the Fair’s flavor, though other bits of flavor must take place at home—just be careful deep-frying your own Oreos.

After Two Decades, a Big Leadership Change Is Underway at the Weingart Foundation