Home Animals The Cougar Bridge Across the 101 Will Be an Epic Feat of... 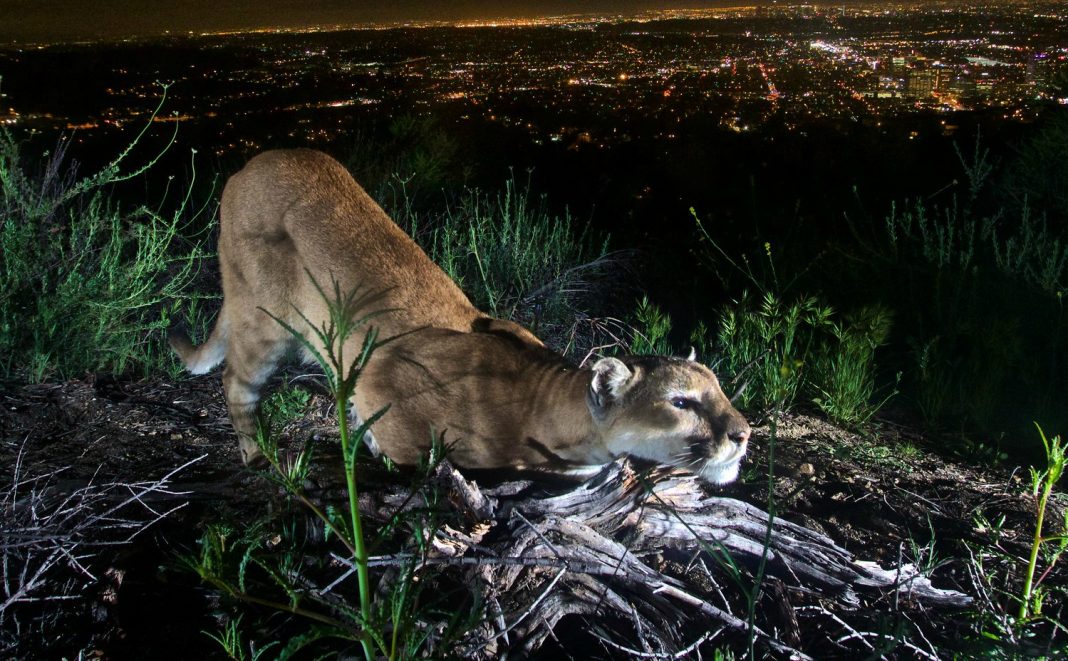 California transportation officials and environmentalists are planning to construct the largest animal crossing on earth to save mountain lions and other threatened species from extinction.

The project—a 200-foot-high bridge across ten lanes of the 101 Highway 35 miles from Downtown L.A. so that animals trapped in the Santa Monica Mountains can access feeding and breeding areas across the bustling expanse—is estimated to cost $87 million, most of which will be private funds. Environmentalists have already raised a stunning $13.5 million from just about 2,000 donors. But they still need a lot of generous people to pony up dough.

Beth Pratt, regional director of the National Wildlife Federation—the organization behind the SaveLACougars campaign—broke down the numbers.

“It’s a mix of public and private dollars,” she said. “For instance, the Leonardo DiCaprio Foundation donated $300,000. We have a couple from Kansas who donated $300,000, and there’s a $5 million grant from the Wildlife Conservation Board that’s going to be likely passed next year, and a million dollars from the Coastal Conservancy.”

The Wildlife Federation is dedicated to paying for the project in an 80/20 private/public split, Pratt says. Event though most of the funds are private, the crossing will belong to Caltrans: “It’s Caltrans’s concrete road, so they’re very supportive and, obviously, want to build this, but they charged us—they didn’t have a budget for it—with getting the money, so we are raising it.”

This early in the project, it’s still uncertain what the final budget will be. “That $87 million comes from an estimate from Caltrans’ environmental document, which is the last phase they completed. The final construction cost is in the $60 million range, but that $87 million also includes $20 million for utility relocation, but we’re working on how to reduce that and other costs. So it’s still an estimate. I don’t think it will be more, it will likely be less, but we still won’t have that final number until this [final design and construction] phase is done.”

The fundraising has been meteoric. Even though the Wildlife Federation publicly launched its campaign in 2014—“We had no dollars back then”—it couldn’t ask for donations toward this specific project until last year, when Caltrans released its environmental impact documents.

“What we’ve seen is pretty exponential. In that last three months of last year, we raised over $4 million. What we’re seeing is a real acceleration, given that we now have concrete plans. We just printed up a 3D model that we’re able to show people; we just had a design workshop with wildlife experts around the world, so the fundraising is exponentially increasing.”

That funding, Pratt says, does not include your infrastructure taxes. “We are taking some public dollars, but only funds that have to be spent on conservation, so we’re not taking public funds away from bridge repair or anything like that.”