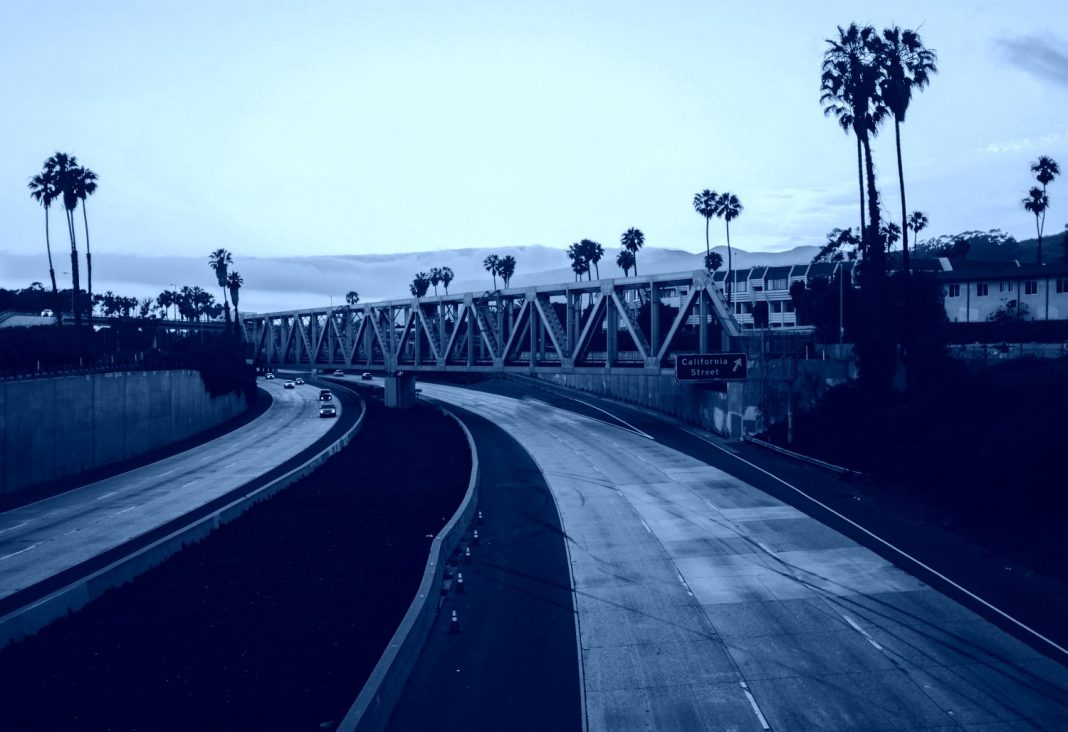 » Ventura County has announced it will start easing its stay-at-home order. The county will soon allow some categories of businesses and recreation facilities to re-open and will allow for groups of up to five people to gather.  [NBC Los Angeles]

» Traffic is picking back up on local freeways—as are collisions. Some of the congestion is attributed to L.A. County residents making weekend trips to neighboring counties where beaches remain open. [Fox 11]

» Groups of protestors came out over the weekend to complain that orders to stay at home unduly restrict their personal liberties. One gathering in San Diego brought out 200 people, many of them reportedly wearing Trump campaign merchandise.  [Los Angeles Times]

» A volunteer working at a food drive in Sylmar was killed when he was pinned between two cars while attempting to load food. Authorities are asking the public to use caution and honor guidelines when securing donations. [NBC Los Angeles]

» Salad chain Sweetgreen has laid off dozens of staff at its Culver City headquarters office. The workers claim they were read a termination script and logged out of Slack and email remotely, just days after being told the company was adapting to the pandemic “relatively well.” [dot.LA]

» L.A. is sending out “street teams” of medical workers to help homeless individuals slow the spread of COVID-19. The teams will provide rapid testing, health screenings, masks, and transportation to hospitals and shelters. [CNN]

» Three Local Newspapers Owned by the Los Angeles Times Will Close The Glendale News-Press, one of the shuttering titles, has published since 1905

» Comic-Con Has Been Canceled for the First Time in 50 Years The move was expected, but as one comic book creator put it, ”I’m letting my heart break a little today”

» Less Than Half of L.A. County Residents Have Jobs Now, According to New Data An estimated 1.3 million jobs have been lost in the county in a single month

How to Get Your Cannabis Delivered in L.A.

We live in strange times, but the California cannabis industry is considered an “essential business” and there’s no reason you should have to spend your 4/20 without proper supplies. A number of local retailers have rolled out curbside pickup, express takeout, and enhanced delivery services to get you what you need.