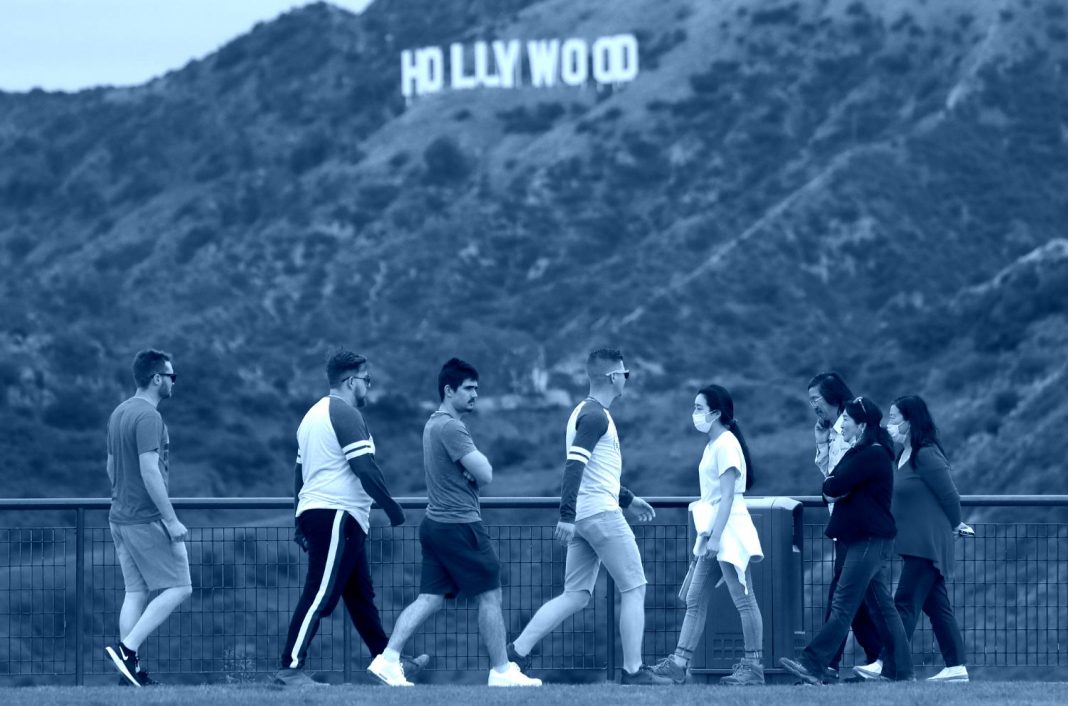 » California is moving too fast to reopen, says one public health official. Santa Clara County public health officer Dr. Sara Cody, one of the first officials in the country to call for stay-at-home orders, is worried that the rush to reopen is putting people at risk. [Los Angeles Times]

» An eighth prisoner has died of COVID-19 at the Terminal Island Federal Correctional Institute. A troubling 70 percent of prisoners incarcerated at the facility have tested positive for the virus. [KTLA]

» L.A. renters under financial stress due to the pandemic may get some relief. A new, $100 million plan aims to keep people safe and in their homes. [Los Angeles Times]

» Gucci and Saint Laurent are doing away with the traditional fashion calendar, responding to stay-at-home with a focus on seasonless designs and less waste. Designer Anthony Vaccarello says it’s a move to become more “conscious of the current circumstances and its waves of radical change.” [BBC News]

» Public relations firms are taking a big hit in the downturn. PR Consulting, which boasted numerous high-profile clients, is the latest to permanently shutter its L.A. office. [WWD]

» In Washington, a judge has dismissed a lawsuit claiming Fox News published “false and deceptive content” about the pandemic. The judge described the activist group that brought the suit as having a “laudable” goal, but ruled that the injunction the group sought “runs afoul of the protections of the First Amendment.” [Variety]

» A Local Animal Rights Activist Is Being Accused of Staging Videos of Dog Torture Marc Ching became a Hollywood darling for saving dogs from the Asian meat trade, but a probe casts a harsh light on his nonprofit

» What Is It About Wearing a Mask That’s Such a Problem for Some People? Small scraps of cloth have caused big drama

From Carole Baskin to Leslie Jordan, the Unlikely Stars of the Quarantine

It’s hard to think of the COVID-19 pandemic and its impact as anything other than a series of downturns: in global health, the economy, our cultural lifeblood, and moods. But as in any crisis, there are positives deserving praise. Dr. Anthony Fauci, unknown to many of us months ago, now has his own bobblehead—and deservedly so. But other experts and personalities—some with direct ties to the novel coronavirus, others who are delightful distractions—have captured our collective imagination. Here are 20.