Home Travel Traveling in the Time of Coronavirus? Get Ready to Fly the Unfriendly... 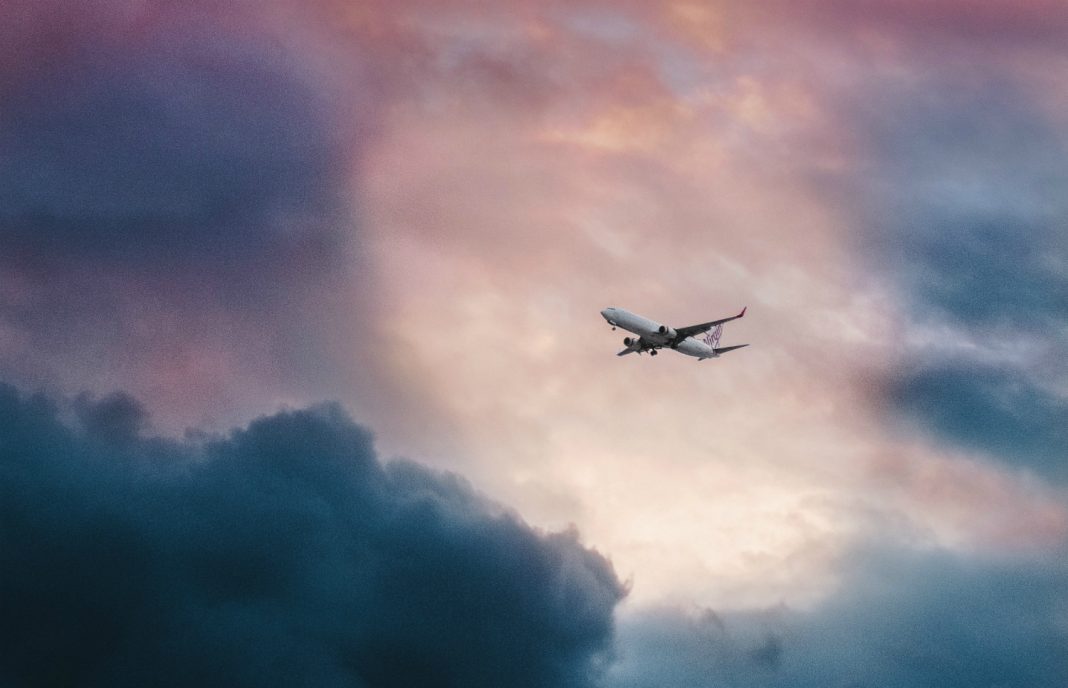 I had to cough. A sip of water had gone down the wrong way, and I felt, momentarily, like I was choking. I tried everything to suppress it, but I couldn’t. And so I issued one small, meek-as-I could-make-it *cough* into my elbow, holding my arm there for a count of three.

Five heads snapped to shoot death rays at me. I was on board an American Airlines flight from LAX to Chicago on Thursday and, let me just say, the entire trip, from security screening to the three and a half hours spent locked in an aluminum tube breathing recirculated air was, to put it mildly, tense.

I was a newspaper reporter on 9/11 and somehow wound up on the first flight out of Chicago into New York. Flying during the coronavirus outbreak was that kind of anxious.

As then, the flight was deathly silent. No yakking to a seatmate about the kid’s piano recital, no loud talkers refusing to take the hint that I just want to sleep. Enough mask wearers that it resembled a sick ward.

It’s not totally unreasonable that people are wary of their fellow travelers. Just today it was reported that a passenger aboard a JetBlue flight from New York to Florida had been tested for the coronavirus, decided to fly anyway, and learned that he was positive during the flight. JetBlue has banned him for life, which is probably cold comfort to the schmo who spent hours sitting next to him.

One didn’t dare sneeze, wheeze, sniffle. God forbid you had to blow your nose, as I did. I actually waited until the turbulence settled enough to seat-walk my way into the bathroom, where I pulled out a tissue from the metal slot on the wall and waited until I flushed to blow.

I was already on thin ice for having coughed. After I did (the choking reflex having been strong enough—just barely—to keep me from dying rather than draw stares) I smiled and tried to make a joke to my seat mate, who was looking at me as if I’d just ralphed up my free pretzels. “It’s OK,” I said. “Just choking to death on some water.”

She pulled out one of her earbuds and said, “You’re still talking.”

The woman across the aisle, having heard me, said, in a voice whose tone was something just short of teasing, “Do it again and you’ll get Lysol sprayed in your face.”

I somehow managed not to, though I had a close call near the end of the flight. Something—some dust, another mini-cloud of antiseptic gel squeezed into a hand, tickled my throat. Oh my god. To anyone watching me, I looked the picture of health, calmly watching Jojo Rabbit on the in-flight screen. Inside my head, I was screaming DON’T COUGH. DON’T COUGH. NOT AGAIN.

At that moment, I realized I had a piece of fruit I’d bought before I boarded. I chomped into it and the moment passed.

The flight landed and I made brief eye contact with my seat mate and smiled.

She did not smile back.

RELATED: What’s Closed, Canceled, and Postponed Due to Coronavirus So Far?