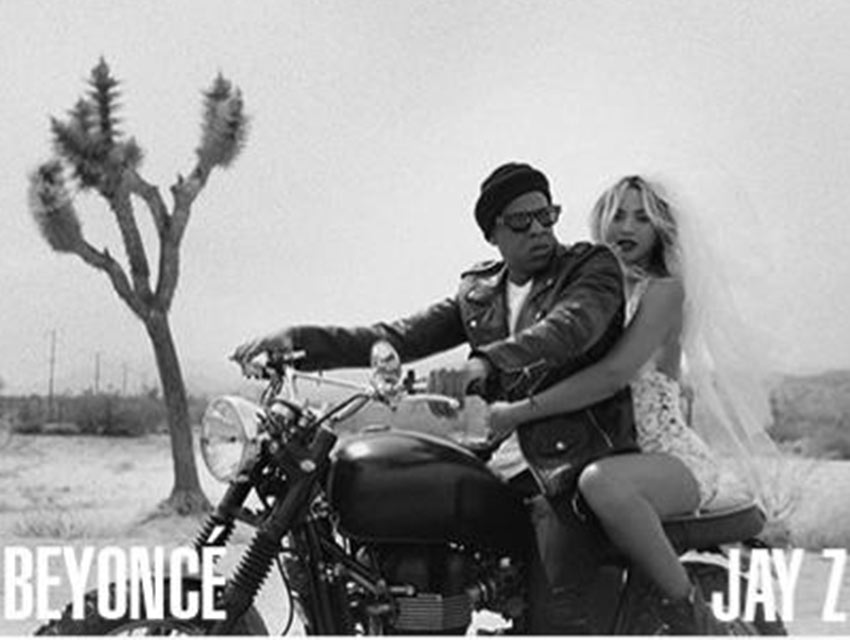 It’s happening. New York’s coolest couple is moving to L.A. and Gwyneth Paltrow may or may not have something to do with it. For most of America, the news that Beyonce and Jay Z were trading in the Empire State Building for a 90210 address came out of left coast—err—field.

But is it really? Not if you believe Beyonce and Jay Z are secret Illuminati. Then, you’ve expected this all along, because you’ve been reading the clues, the clues that reveal the couple’s “WE LOVE NEW YORK!” narrative was carefully crafted to distract everyone from their plans to build a new life for themselves in a city that does, actually, sleep.

Evidence was present even in the couple’s first collaboration over ten years ago. The semi-duet “‘03 Bonnie & Clyde” was presented as a clever pop-rap royalty pairing that glamorized crime. It is so much more than that. As the music video shows, it’s an homage to Hollywood a la Bonnie & Clyde, the movie production. The song even references the “West Side Highway.” They weren’t talking about this highway, they were talking about the Pacific Coast Highway, a road much, much further west. The song’s Latin influence, the video’s storyline about the Mexico border, and its ties to Tupac and Prince suggest some sunny California love.

Another big clue: Bey and Jay’s daughter, Blue Ivy. Is it a coincidence that she shares half of her name with one of L.A.’s  most iconic restaurants? I think not.

Finally, let’s consider “Empire State Of Mind.” Many took the hit at face value, as a love letter to New York. It’s really a red herring that tells another tale, one of a local mogul having to try too hard to represent an unforgiving city. In creating an anthem for the Big Apple, Jay Z followed in the footsteps of “New York New York” singer Frank Sinatra, and let’s all remember: He was to rest in Southern California.

Proof that Jay Z and Beyonce were headed our way has been here for years, people. So when you spot the city’s newest power couple around town, feel free to say hello and welcome them to Los Angeles. Then let them know that you know what they know: They were Angelenos all along.