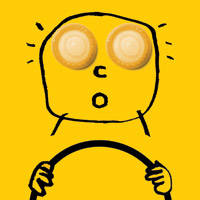 Whether you’re an advertiser or a movie producer, you know that a foolproof way to grab eyeballs is to go for the groin. So the AIDS Healthcare Foundation’s campaign to reduce the spread of HIV and other STDs makes sense. Since spring the nonprofit has filled the city’s horizon lines with billboards sporting outsize condoms—in foil envelopes, unrolled with perky reservoir tips, inflated with such slogans as “Why Not?” and, in the case of one rainbow-striped sheath, the word “Lifesaver.” It’s a crucial message, to be sure—just one that even laissez-faire parents may be reluctant to explain to their young children. That’s why, early into the campaign, a Van Nuys mother freaked after an ad featuring an XXL jimmy hat popped up near her kids’ elementary school. Her issue was with the visual, not the message itself. When billboard company Van Wagner relocated the sign, Web trolls were quick to castigate in the comments sections of news sites with lines like “I feel sorry for her kids” and “That mother needs to get a grip and get over her bourgeois sexual hang-ups.”

A couple of decades ago, heat-seeking billboards presenting the bikini-busting Barbi Twins and a skivvies-clad Marky Mark raised as many hackles as brows. But those images are almost euphemistic compared with today’s signage boasting giant imaginary boners, CougarLife.com ads wooing “motherf—ers,” and Manhunt beefcakes clutching each other beside the blurb “Zero feet away.”

Racy outdoor ads aren’t exclusive to L.A., of course, but Angelenos cover a lot of ground in the car, so there are more blunt, hyperspecific graphics here to see (and keep seeing). This can be vexing if you’d rather postpone conversations about the intricacies of latex or the definition of a “lazy bottom” until your kids reach the ripe age of nine or, hell, ten. You don’t want to blinker them, but then again, what’s the rush?

You be the judge: Are these ads too racy for city streets? Weigh in by leaving a comment below.