Home Animals A Colorful History of the Los Angeles Zoo 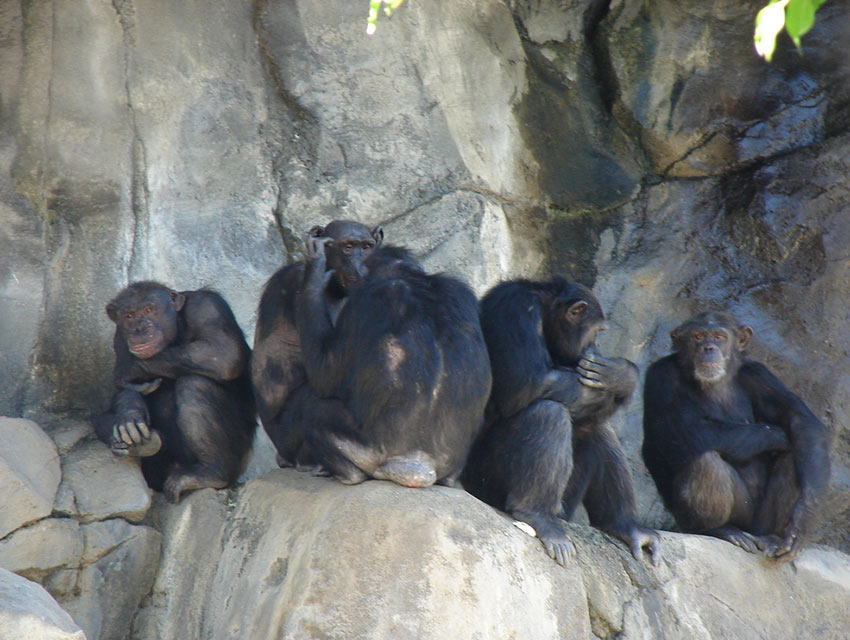 In the December issue of Los Angeles magazine, Tamar Brott details the years-long battle over Billy, the L.A. Zoo’s best-known pachyderm. Controversy isn’t new to the animal park; its backstory includes a lawsuit, a gorilla escape, and a celebrity encounter

Eastlake Park, later renamed Lincoln Park, opens along Mission Road, featuring a manmade lake, gardens, pleasure pier, and L.A.’s first city-owned zoo. By 1901, the Los Angeles Times was saying, “The present quarters for the animals are anything but satisfactory,” and that the zoo superintendent hoped to raise money for the more “picturesque and systematic arrangement for the impounding of the creatures.” The zoo portion of the park, which also featured an alligator farm and an ostrich farm, would close in 1912.

The Griffith Park Zoo, predecessor of the Los Angeles Zoo, debuts on the grounds of the former ostrich farm belonging to Griffith J. Griffith, who had bestowed the land for the massive city park in 1896. Animals from the Eastlake Zoo are transferred here. Though the Los Angeles Times reported that fall that “the removal of zoo animals from Eastlake Park to Griffith Park is simply a preliminary step towards the acquirement of the greater zoological gardens planned for the city,” the Griffith Park Zoo would close in 1966. In an uncharacteristic move for a city not known for historic preservation, teeny cages and a faux-stone enclosure from the original are left intact for picnickers to explore.

A Menagerie of Zoos

Silent film tycoon Colonel William Selig opens the Selig Zoo in Eastlake. The zoo, which amassed on of the largest animal collections in the country, was the site of the first motion picture featuring wild animals and was frequented by movie stars and animal trainers from all over the world. Selig later sold the property, which became the Luna Park Zoo in 1925. That, in turn, became the California Zoological Gardens by 1932, though everyone knew it as Zoopark in its final days.

Hit hard by flood damage and dwindling funds due in part to a slowdown in production companies renting animals for shoots, Zoopark closes, with its animal collection—said to be worth $1 million—facing death from starvation. The president of the California Zoological Society, which operated the property, sought help from “all persons with civic consciousness and human liking for animals.” The sheriff’s office was flooded with requests from people eager to acquire cast-off creatures. Today, the area is a city park.

Birth of the L.A. Zoo

The Griffith Park Zoo closes, and the Los Angeles Zoo opens nearby, funded with a $6.6 million bond measure passed by voters. The American alligator Methuselah, which died in 2010, is said to have been present to greet the new zoo’s first visitors.

The zoo joins the Condor Recovery Program, which has focused on the captive breeding of California Condors.

A Florida animal trader sues the City of Los Angeles for $100,000 following a bum deal he’d made with zoo director Warren Thomas. The trader offered four baby elephants for two adult elephants named Samson and Joyce, but Samson died during his journey to Florida. It was later leaked that Thomas made the deal without approval from the city’s Recreation and Parks commission.

Poor conditions at the zoo almost lead to the facility losing its accreditation from the American Zoological Association.

Zoo visitors are evacuated when Evelyn, a 270-pound gorilla, escapes her enclosure, hoisting herself by using vines. After an hour, she wound up being hit with a tranquilizer gun and was retrieved outside a men’s bathroom. All told, Evelyn would escape at least four times, with some reports going as high as seven. Her breakouts were part of a trend that began in the late 1980s, a dozen or so animals—including a snow leopard and numerous monkeys—fleeing their enclosures at the L.A. Zoo. In 2003, a young antelope would do the same after being startled by a musical group. And on November 22, 2014, a big horn sheep escaped from the zoo, only to die in Los Feliz after being struck by a driver who left the scene.

On a private tour Sharon Stone witnesses a komodo dragon bite her then-husband, San Francisco Chronicle editor Phil Bronstein, whose large toe is crushed in the reptile’s bacteria-rich maw. Before entering the exhibit, the zookeeper had told Bronstein to remove his white tennis shoes so the creature wouldn’t mistake his shoes for a white mouse.

The L.A. Zoo debuts Reggie the alligator, which had been dumped into Lake Machado by his owners in 2005 and evaded capture for two years. Reptile stores fought for a chance to take him in and nurse him back to health, and Harbor City College adopted his image as its mascot. That same year, the zoo opens its Campo Gorilla Reserve, part of an improvement push that includes 2000’s Red Ape Rain Forest and 1998’s Chimpanzees of Mahale Mountain.

Seven chiseled-concrete animal statues by Italian sculptor Carlo Romanelli are displayed at the zoo nine years after being discovered in storage. The statues belonged to the old Selig Zoo but were removed from their foundations in 1950 and forgotten for half a century. The Greater Los Angeles Zoo Association would go on to raise $150,000 for the restoration of ten statues.

The Elephants of Asia enclosure opens after a years-long battle surrounding the health and well-being of Billy the elephant. The lawsuit continues.

An adult chimp fatally mauls a baby chimp, the first born there in 13 years, in front of visitors. That same year, Living Amphibians, Invertebrates, and Reptiles opens with more than 60 species.

The Rainforest of the Americas exhibit opens, marking “the final phase of the L.A. Zoo’s  master plan,” as the zoo says. A new jaguar enclosure is slated to open early 2015.