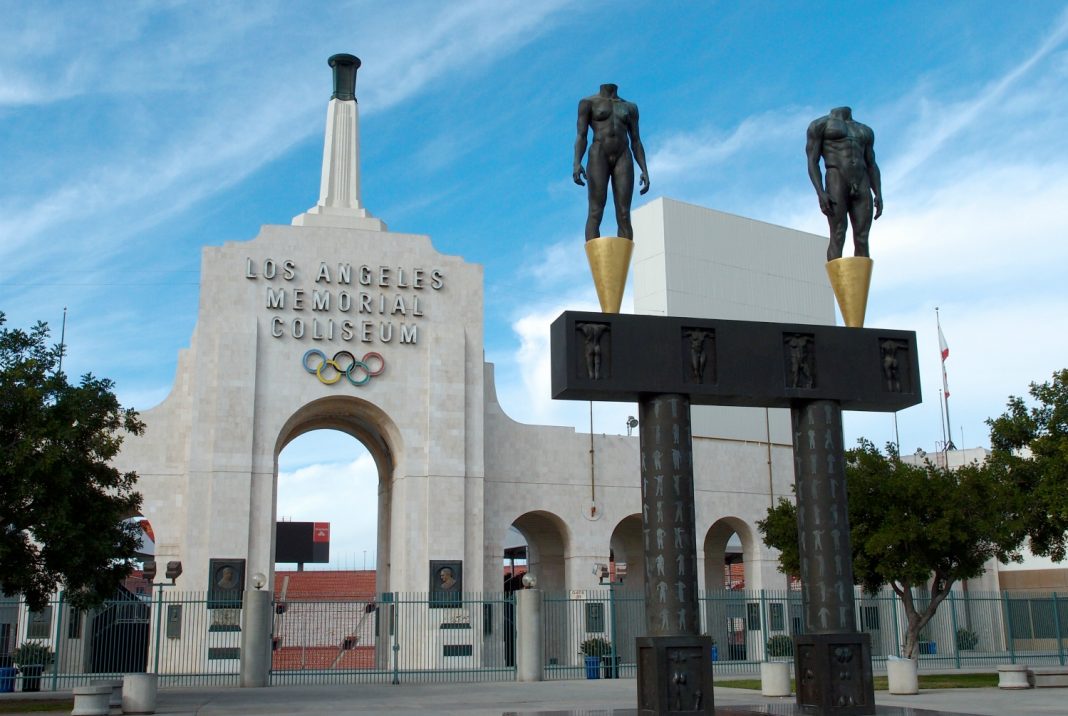 The city may use the Los Angeles Memorial Coliseum as an emergency quarantine facility to house and possibly treat residents infected with the novel coronavirus.

“The Coliseum and all large facilities like the convention center will be taken into account to be used,” said Jessica Kellogg, a spokesperson for the Los Angeles Emergency Management Department when asked about public quarantine locations. “We are in the planning stages of using those sites.”

City officials are worried that as coronavirus infections rise, critically ill patients will overrun the city’s hospitals and ICU beds. On Sunday, while announcing steps Los Angeles is taking in the face of the COVID-19 crisis, Mayor Eric Garcetti said that he’s had discussions with medical officers and CEOs of major local hospitals and medical systems about using various city facilities. He didn’t mention the Coliseum specifically, but said that at a March 13 City Hall meeting with hospital leaders part of the conversation was “finding out what they need or looking at spacing out, if we have too many cases for them to handle, in public facilities like our convention center or our rec centers—the ability to treat people and to diagnose them outside the hospitals. We are working closely to make sure we can deal with the number of cases that will come forward.”

Beaches are also part of the plan. The city of El Segundo put out a bulletin over the weekend asking residents to avoid Dockweiler Beach and RV Park, which is next to and under the flight path of Los Angeles International Airport.

“LAX will be using Dockweiler Beach as a possible quarantine site,” Kellogg said. “If they don’t have space at the airport, that is an option.”

According to the city of El Segundo’s website, “Los Angeles County is planning to use multiple locations throughout the region to temporarily house individuals who may have been ordered to isolate or quarantine by the Department of Public Health due to the novel coronavirus (COVID-19). Dockweiler Beach RV Park located at 12001 Vista Del Mar is one of the locations that may be used for this purpose.”

Dockweiler is known among beach lovers as the rare L.A. beach where RV camping and bonfires are legal, as well as for its up-close views of airplanes taking flight over the Pacific.

Outdoor and airy spaces may be well-suited for treating this outbreak, avoiding the dangerous confinements of indoor gatherings. A USA Today article in which 16 prominent medical experts advised most Americans to self-isolate noted that “you can still take walks outside.”

The Coliseum, which commemorates America’s World War I veterans, was opened to considerable fanfare in 1923, and is jointly owned by the state of California, the County of Los Angeles, and the City of Los Angeles. The stadium has hosted numerous momentous events, from 1960s speeches by Martin Luther King, a 1987 appearance by Pope John Paul II, and a Guns N’ Roses/Metallica show in 1992.

Although it’s accommodated crowds of as many as 100,000 spectators, a 2019 renovation reduced seating capacity to 77,500. In the wake of the coronavirus outbreak, the Coliseum recently canceled all upcoming events until at least the end of March. The debut of SoFi Stadium, the new $4.9 billion home of the L.A. Rams and L.A. Chargers in Inglewood scheduled to open this summer, may also be postponed because of potential construction delays, speculated NFL expert Mike Florio.

While no final decision has yet been made about using the Coliseum as a makeshift quarantine site, Kellogg said an update would be available soon. Everything is fluid, and city officials are racing to keep up with a constantly shifting epidemic. As Mayor Garcetti said Sunday: “The work that we do today will have an impact not only on those that we love but also on the city’s history. This chapter which we are writing together, one in which I feel strongly we need to do everything now before it’s too late to limit the spread of this virus, will be the flowers that bloom later when we get through this together. We are a city of angels. … This is not just a great city. It is a good city.”

RELATED: All L.A. Bars, Gyms, and Movie Theaters to Close at Mayor’s Order