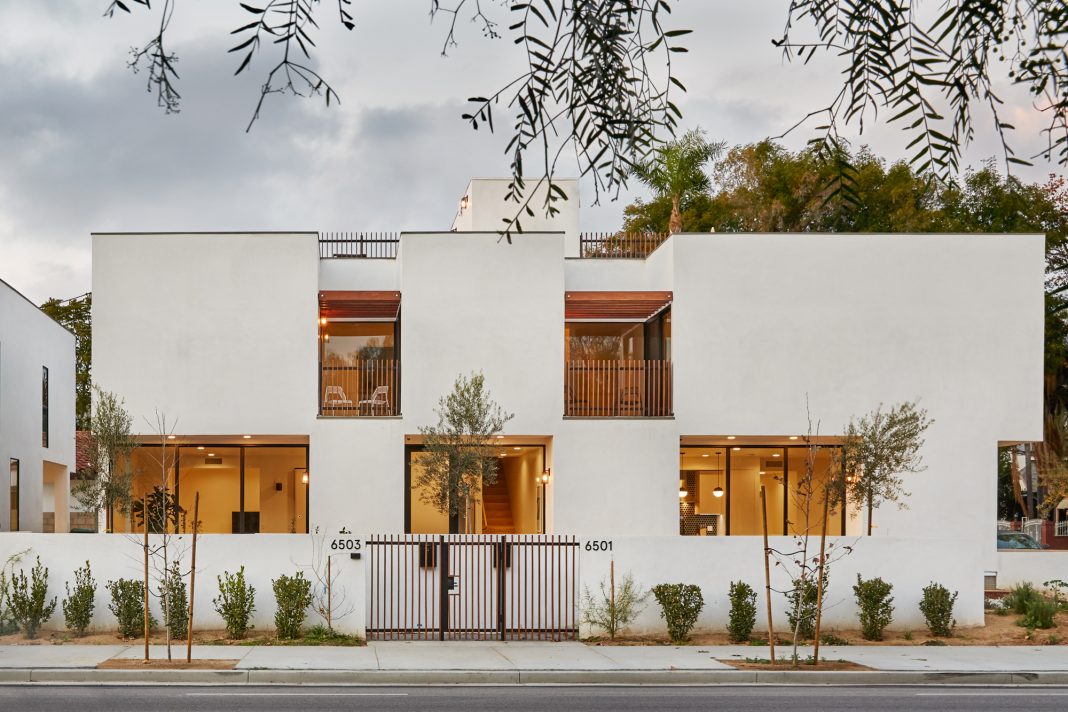 Common, a company that manages co-living developments in six cities including Los Angeles, has partnered with L.A.-based development firm Proper Development to build apartment complexes in Mar Vista, Koreatown, Larchmont, and Playa Vista, in addition to existing buildings in Melrose and Echo Park, the Los Angeles Times reported earlier this month. The projects will provide tenants with bedrooms and bathrooms of their own, while kitchens, living rooms, and other common spaces are shared with other renters.

California has been struggling against a severe housing crisis, with its major cities feeling the dearth the most. While the state has had robust job growth, it hasn’t managed to keep pace with the number of roofs needed to house new workers.

Proponents of co-living spaces—which are essentially bougie, more spacious dormitories for adults—argue that they address an acute shortage of housing in high-demand urban areas. By offering high-end amenities and a sense of community, co-living companies entice a largely younger crowd into sharing their space with others.

As the Orange County Register notes, rents in Los Angeles rose faster than they have in 11 years in February; as that piece explains, “apartment supply hasn’t kept up with ballooning demand thanks to job creation and population growth.”

Common’s latest venture targets people making between $40,000 to $80,000 a year. The starting rent at Common Melrose, Common’s flagship space in Los Angeles, is $1,550 per month, which includes utilities, wi-fi, and housekeeping services for the common areas.

A report released in February by the California Department of Housing and Community Development issued a warning about trends in housing costs. “As affordability becomes more problematic, people ‘overpay’ for housing, ‘over-commute’ by driving long distances between home and work, and ‘overcrowd’ by sharing space to the point that quality of life is severely impacted,” the assessment cautioned.

RELATED: A Family in Venice Is Facing Eviction and Everyone Is Angry the Restaurateur Landlord

The Black Movie Soundtrack Finally Comes Back To the Hollywood Bowl