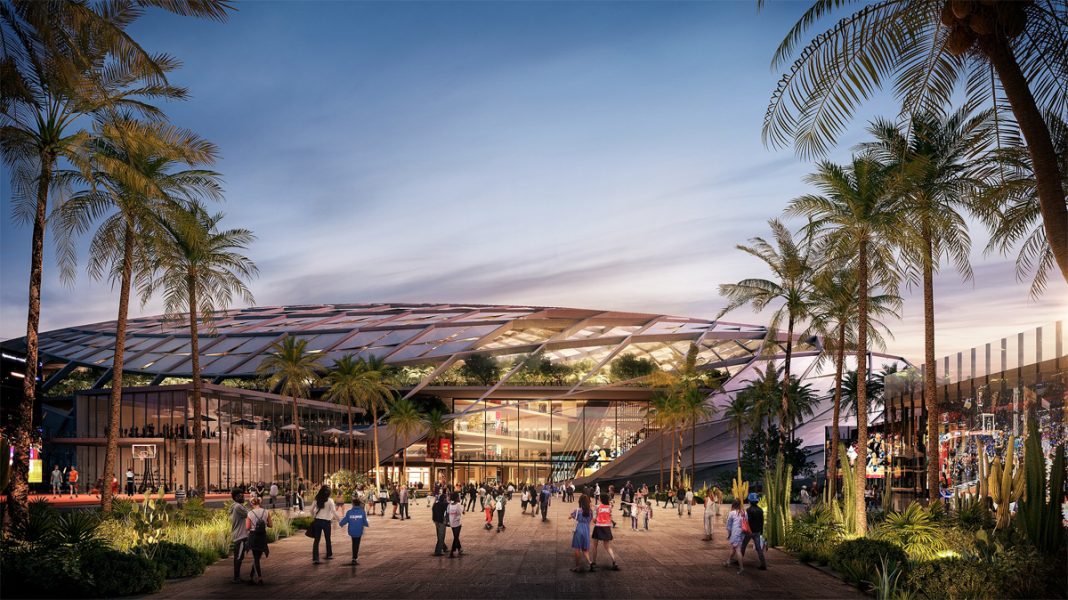 L.A. Clippers owner Steve Ballmer’s long-embattled proposal to open a $1.2 billion, 26-acre stadium complex in Inglewood has been fast-tracked by the California Air Resources Board in a decision that could pave the way for the venue to open for the 2024-2025 NBA season, when the Clippers’ lease with its current home, the Staples Center, expires.

After nearly a year of stubborn negotiations, CARB executive director Richard Corey told the governor’s Office of Planning and Research this week: “CARB staff conducted an evaluation of the GHG emission estimates and reduction measures submitted by the applicant, and confirmed that the applicant’s methodology, calculations and documentation are adequate,” Daily Breeze reports.

As part of an agreement with CARB, the Clippers will install 330 electric vehicle chargers at the arena, foot the bill for 1,000 residential chargers in the neighborhood, as well as buying two electric buses and 10 electric vehicles for Inglewood’s municipal fleet, plus planting 1,000 trees in the area.

These concessions do nothing to quell the ire of the Madison Square Garden Group, which has launched several lawsuits against the Clippers and Inglewood to scuttle the project. MSG claims it was duped into selling the city overflow parking on the cheap at MSG-owned music venue the Forum while the city was secretly negotiating with the Clippers, whose arena would compete with the concert venue on nights when there’s no basketball.

MSG lawyers call the idea of installing an arsenal of vehicle chargers “illusory” since only 169 electric vehicles were owned by Inglewood residents as of 2018. Demanding Governor Newsom reject the proposal, MSG further warned that the arena would bring to Inglewood, “4 million more cars per year and thousands of tons of harmful air pollution.”

If Newsom accepts the deal, opponents of the arena will be able to bring further suits when the Clippers present its environmental impact report, and it’s almost a sure bet that those suits will be filed.

Community groups fearing even more gentrification of the rapidly changing city have fought the arena project since it was first floated in 2017. Former Senator Barbara Boxer, working with affordable housing group Uplift Inglewood, which has sued to block the construction, said last month, “The Clippers arena proposal is a too-common example of a community bearing the burden of development in our state without sharing in the benefits.”