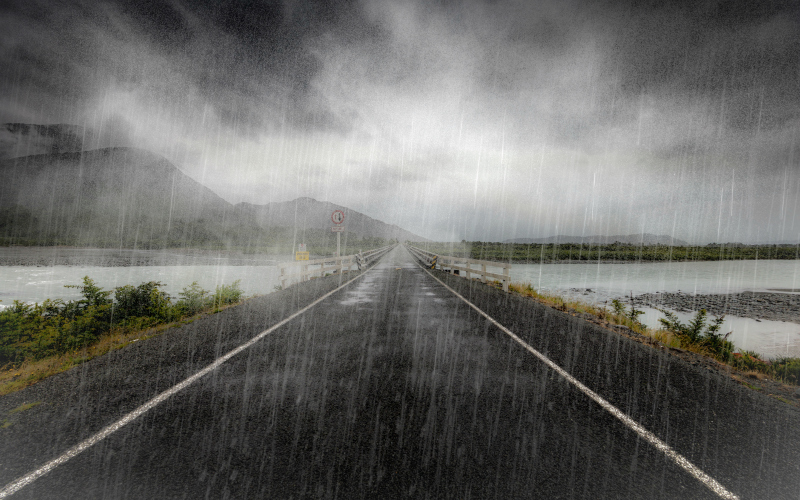 If you take a look at experts’ long-term predictions for how much rain will fall on California in the future, you’ll see only moderate year-to-year change, even as far out as 2075. But one group of researchers, led by Daniel Swain out of UCLA, looked past that initial number and discovered something really troubling: While the total amount of precipitation that accumulates over the course of a year may average out to be about the same, their research shows that it may come only in drenching waves, followed by periods of drought.

“A lot of people have done the version of the analysis where they look at the mean precipitation change, and find it’s close to zero or uncertain,” Swain told Wired magazine about how his team’s findings diverged from previous research. “There’s actually a huge change in the character of precipitation variability.”

What that means, according to the report published in the journal Nature Climate Change, is a 100 percent increase in extreme precipitation swings experienced by the state over the next 70 years. To put that in perspective, historic data suggests a cycle from extended drought to mega-flood happens about once every 200 years (and, yes, we’re currently at about the 200-year point in the cycle as it used to be)—but if the trend these scientists are seeing holds true, those 200-year patterns will condense down to something more like 20- to 50-year cycles.

Imagine if all the rain that would fall on California all year were to arrive in just one or two days of intense deluge, followed by 363 days of dry weather. That creates major infrastructure challenges: first, finding a way to guard against flooding, mudslides, and ground instability when hard, parched earth suddenly gets soaked, and secondly, developing a reliable water-capture system that can absorb bursts of rainfall without overflowing and then store that water during the dry periods. And, in this model, we won’t be able to rely on snowpack high in the mountains like we do now, because warmer temperatures will also make that resource less dependable than ever.

“It’s hard to exaggerate how large an impact it would have on the entire state,” Swain says, warning that the upcoming megafloods could be as devastating as a 7.5-magnitude earthquake hitting downtown Los Angeles (which, by the way, is another thing we’re probably due for, too).

RELATED: Could All of Our Recent Rainstorms Cause an Earthquake?

Stunning Photos of the Wildfires Burning Across California