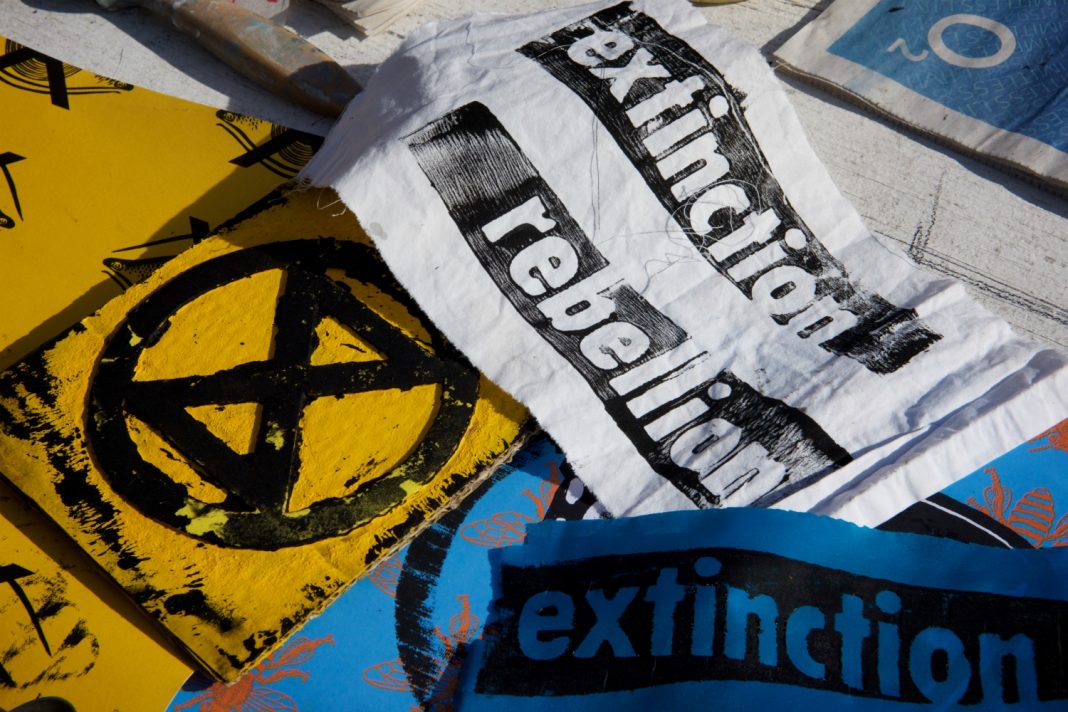 During a climate change protest on Monday, a group of activists blocked traffic, effectively shutting down a major Hollywood intersection.

According to ABC 7, the demonstrators forced Sunset Boulevard to be closed down at Cahuenga “as part of a planned event for the socio-political group Extinction Rebellion.” The Los Angeles Police Department reported to the scene, and deemed it a peaceful protest. No arrests were made although the protest was reportedly not permitted.

Update: LAPD report Extinction Rebellion did not have a permit to protest in #Hollywood. Officers allowing rally for #ClimateChange to continue and have CLOSED Sunset in front of CNN west coast bureau. No arrests. #LAtraffic #cbsla pic.twitter.com/Slt8B9FOrI

Extinction Rebellion was founded in 2018 as an international movement meant to stop “mass extinction” and minimize the risk of social collapse through the use of peaceful civil disobedience. As part of ongoing protests taking place in September and October, the movement has organized a series of demonstrations all over the world.

Extinction Rebellion took to Instagram to announce that the day’s protests would take place, saying, “This Is Not A Drill…We are living at the beginning of a mass extinction. Our climate is breaking down, but we can still fix this. You can still fix this.⁣..We need #EverybodyNow to take to the streets.⁣”

Last Friday, Swedish climate activist Greta Thunberg inspired teens all over the world to organize protests as a response to a global political establishment that continues to scoff at the threat of climate change.

At the United Nations General Assembly on Monday, Thunberg spoke about the existential threat of climate change, scolding attendees saying, “We are in the beginning of a mass extinction and all you can talk about is money and fairy tales of eternal economic growth…How dare you?”