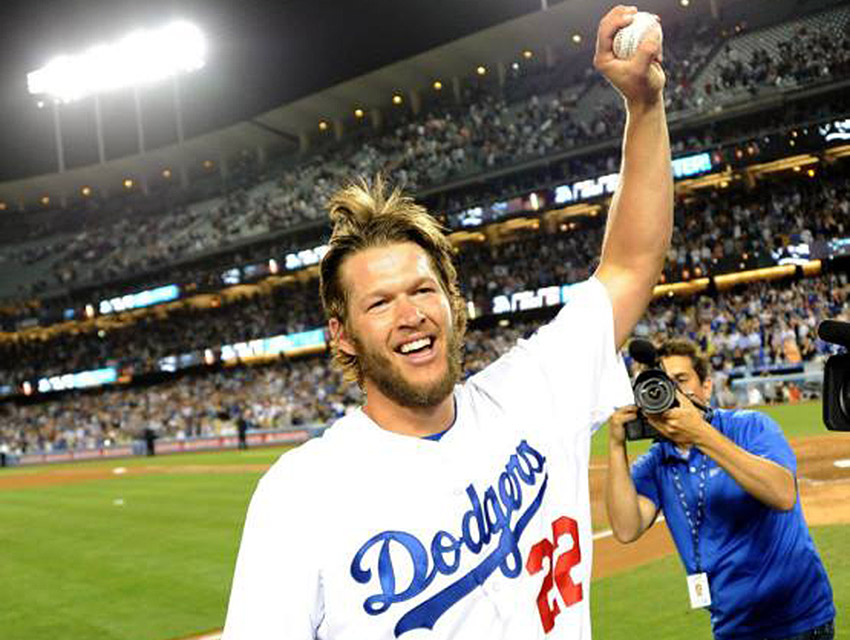 Despite being benched for the month of April due to a back injury, 26-year-old Kershaw threw his first career no-hitter against the Colorado Rockies on June 18 and went 21-3 for the season (with a 1.77 ERA), leading the Dodgers to their second NL West title while he was at it.

Kershaw is the ninth pitcher in the history of the game to win at least three Cy Young Awards and only the sixth to win as many in a four-year span. “I never would have thought something like this could have happened,” he told ESPN. “It’s overwhelming, it really is.”