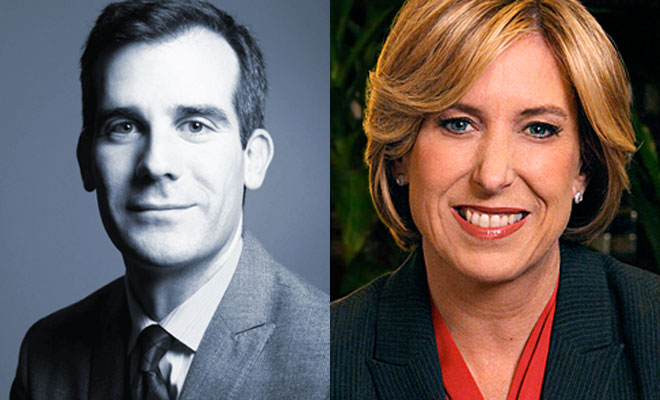 n. An vow, made by 2013 Los Angeles mayoral candidate Eric Garcetti and based on a pact signed during 2012’s U.S. Senate race in Massachusetts, to make a financial donation to charity equal to half the cost of his TV, radio, online, and direct mail campaign advertisements paid for by an outside party.

At a mayoral forum on Wednesday night, city councilman Eric Garcetti surprised fellow candidate and current city controller Wendy Greuel by asking her to agree to the People’s Pledge. Citing the timing of Garcetti’s suggestion, Greuel spokesperson John Shallman later told the Los Angeles Times that Greuel would not be agreeing to the pledge. “This isn’t the people’s pledge,” he said, “it’s the ‘Eric Garcetti is afraid of Wendy Greuel’ pledge.”