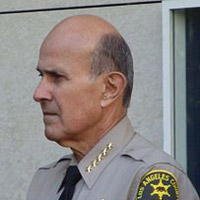 Sweeping Reforms
n. Significant changes made to a highly-criticized program, often announced in a press conference designed in part to mollify public outrage.

Following criticism for the use of excessive force in county jails, Los Angeles County Sheriff Lee Baca agreed Wednesday to ‘sweeping reforms’ that would increase oversight of his agency, including the creation of an independent inspector general’s office and a special custody division of deputies.