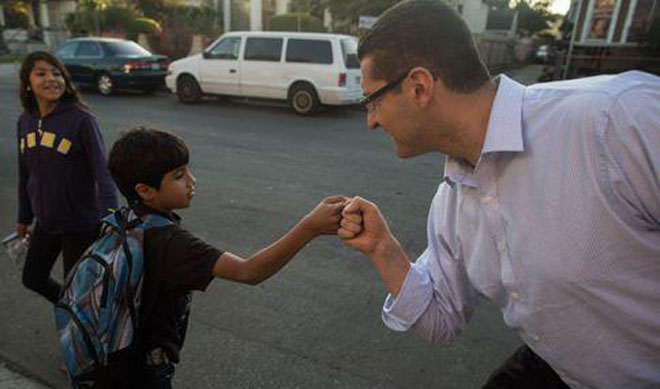 v. The act of campaigning for public office by jogging at a quick speed.

Los Angeles mayoral candidate Emanuel Pleitez is spending the final days before the March 5 election “running for office.” Outfitted in sneakers and sports shorts, the former tech company executive plans to cross 100 miles of the city on foot before Tuesday, and has been busy meeting voters, shaking hands, and asking teenagers to “Facebook him” along the way.