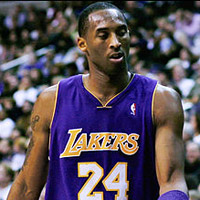 Mental Drag
n. A psychological deficiency that builds with recurring activity over time and can, despite a person’s physical abilities, diminish their likelihood for success. Also: An intangible symptom cited most often to lower expectations.

34-year-old basketball superstar Kobe Bryant this week told reporters that mental drag could lead him to retire when his contract with the Los Angeles Lakers expires in 2014, sparking a rash of media speculation about the future of the team.