Home L.A. History CityDig: How the U.S. Bank Tower Was Almost Targeted on 9/11 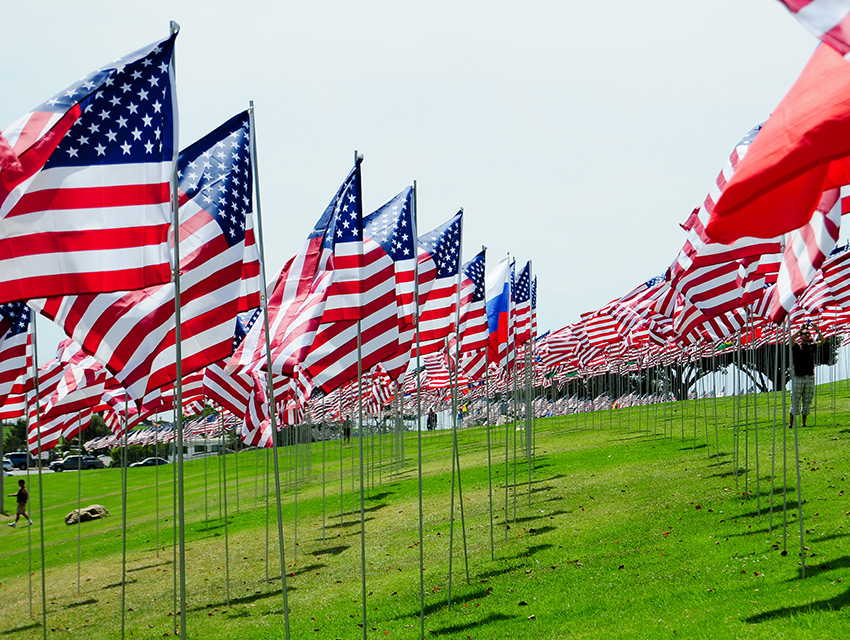 Today, memorial services are being held across the nation to mark a day we will never forget. On September 11, 2001, the United States suffered the most devastating foreign attack on American soil in history; 2,996 people were killed when four planes were hijaked by Al Qaeda terrorists. In response, the White House launched the War on Terror, initiating the country’s long and arduous military presence in the Middle East. We all know what followed: the death of Osama bin Laden, the opening of the National September 11 Memorial & Museum, the construction of the One World Trade Center.

What’s lesser known is the role a Los Angeles landmark nearly had in the 2001 tragedy.

In the immediate aftermath of the World Trade Center attacks, the U.S. Bank Tower was evacuated. Known as the Library Tower at the time, it was (and is, for now) the tallest building west of the Mississippi. The tower reopened for business as usual on September 12, but even with beefed up security, the tenants were on edge.

“A couple of times I actually found myself standing at the window, fantasizing about what it must have been like for those poor people,” a secretary on the Library Tower’s 42nd floor told us in our December 2001 feature on the tower. “The first week I needed to leave the building three or four times a day just to calm myself.”

All the anxiety wasn’t unfounded.

As it later came to light, when Al Qaeda leader Osama bin Laden met with Khaled Sheikh Mohammed (the principal architect of the attacks) and Abu Hafs (bin Laden’s chief of operations) in 1999 to plan the attacks, they included the Library Tower along with the World Trade Center and the Sears Tower on the list of potential targets.

“Mohammed envisioned two waves of hijacked planes, five from the East Coast and five from Asia,” Lawrence Wright writes in The Looming Tower: Al Qaeda and the Road to 9/11. “Nine of the planes would crash into selected targets, such as the CIA, the FBI, and nuclear plants. Khaled Sheikh Mohammed himself would pilot the last plane. He would kill all the men aboard, then make a proclamation condemning American policy in the Middle East; finally, he would land the plane and set the women and children free.”

Bin Laden nixed the theatrical elements of Mohammed’s scheme and eventually decided to simplify, focusing the attacks on the East Coast. For a time, a terrorist attack on Los Angeles was off the table—until, as Americans strove to cope with the shock of September 11, Mohammed began pursuit of a second phase of the plan.

In a 2006 speech to the National Guard Association, then-President George W. Bush said, “We now know that in October 2001, Khalid Shaykh Muhammad—the mastermind of the September the 11th attacks—had already set in motion a plan to have terrorist operatives hijack an airplane using shoe bombs to breach the cockpit door, and fly the plane into the tallest building on the West Coast. We believe the intended target was Liberty Tower in Los Angeles, California.”

In addition to clarifying that Bush had meant to say “Library Tower,” Frances Fragos Townsend, Assistant to the President for Homeland Security and Counterterrorism, elaborated on the President’s statement in a followup press briefing. Townsend attributed the discovery and deterrence of the West Coast terrorist plot to joint efforts between the U.S. and four unnamed South and Southeast Asian countries. She explained that Mohammed, with aid from a leader of the Indonesian Jemaah Islamiyah terrorist group, recruited a four-member cell and began training it to hijack commercial airliners shortly after the September 11 attacks. In October of 2001, the four operatives even met with bin Laden, she said, “and swore biat—that is an oath of loyalty to him—before returning to Asia.”

The cell leader was arrested in February of 2002, however, and the plan fell apart. In March of 2003, Mohammed was also captured. The other three cell members were ultimately arrested as well, and their plot against Los Angeles would never come to pass.

Slide Show: The U.S. Bank Tower Is Getting an Upgrade