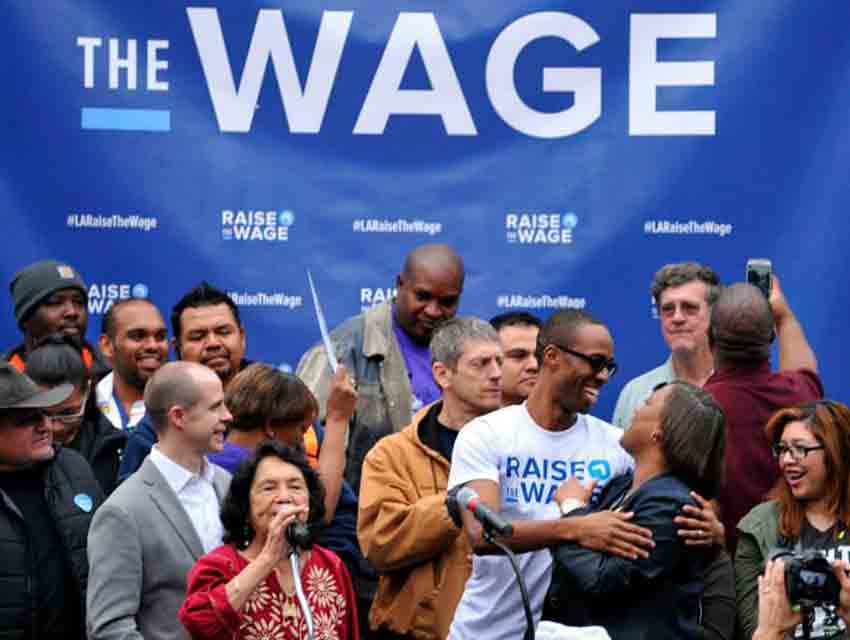 Looks like L.A.’s 500,000 minimum wage workers are about to get a raise. The City Council voted 14-1 on Tuesday to up those workers’ salaries to $15 an hour over the next five years. The Economic Development Committee approved the proposal unanimously earlier this month.

What happens next? The City Attorney’s office will draft an ordinance to take to the City Council for a final vote. If the council approves the ordinance, Mayor Garcetti will sign the wage increase into law.