Home Film City of Angles: How So Many Filmmakers Get L.A. So Wrong 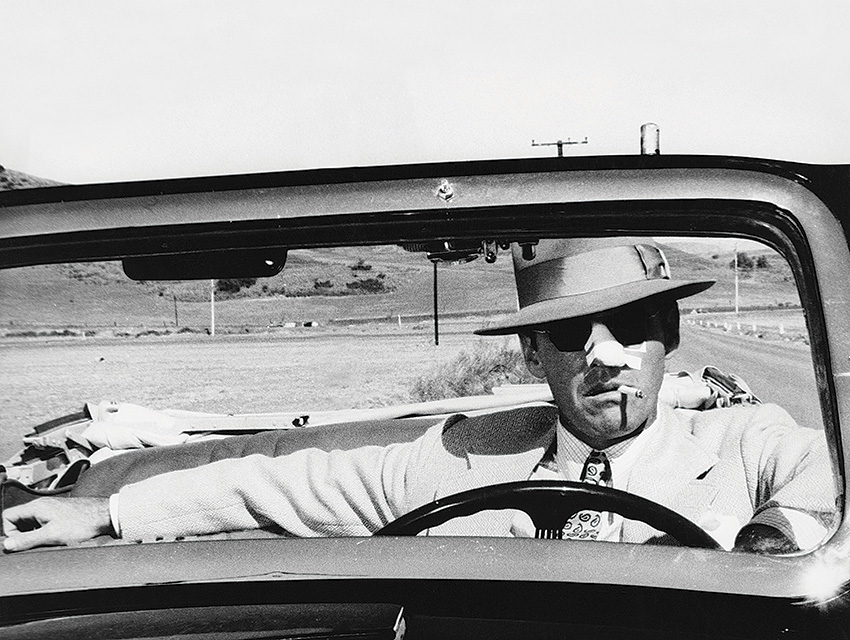 Hollywood is often accused of perpetuating stereotypes, but for filmmaker Thom Andersen, some of the industry’s most enduring and egregious generalizations are aimed at its own hometown. In his exhaustive documentary, Los Angeles Plays Itself, Andersen uses hundreds of clips from decades of movie history to illustrate his fist-shaking thesis: Los Angeles is the most photographed city in the world, yet so many films don’t portray it authentically.

“My movie is a critical essay,” says Andersen, a CalArts film professor who first crafted his encyclopedic video critique in 2003 as a teaching aid for his students. “I thought it would be more efficient to make a film than give the same lecture over and over.” His magnum opus (it’s nearly three hours long) unexpectedly found an art house audience, with sold-out film screenings in theaters like the Egyptian and the Aero.

More than a decade later, the documentary is enjoying its DVD and VOD debut October 14, through the independent distributor Cinema Guild. Despite the 11-year delay, Andersen hasn’t altered much in this remastered version—or changed his opinion. The result is part education, part conspiracy theory, and all of it is entertaining. Here’s how some movies have fallen short in capturing our city.

Making car culture a character crutch
No classic is immune to clichés. Andersen analyzes automobile dependency through a unique reading of Chinatown. “He’s always one or two steps behind, and he never catches up,” the professor says of Jack Nicholson’s character, J.J. Gittes. The destruction of his car by orange farmers, Andersen says, “is a form of symbolic castration, in the movies and in life.” Skip Freud. Take the bus.

Using lame Los Angeles substitutes
“There aren’t as many middle-budget films being shot on location in L.A.,” Andersen says. Even films that are situated here pull geographical fast ones. Seth Rogen’s 2013 apocalyptic comedy This Is the End was supposed to take place in L.A. but was shot almost entirely in New Orleans. “The best joke of Her was having Shanghai play Los Angeles,” Andersen says. But honestly, as film production continues to migrate to Canada, the South, and New York, the larger issue facing L.A. is no longer how it appears onscreen but if it can get the part at all.

RECENT FLICKS THAT GET L.A. RIGHT

(500) Days of Summer (2009)
The romantic comedy made L.A. look as quirky and adorable as its stars, Joseph Gordon Levitt and Zooey Deschanel.

A Better Life (2011)
Chris Weitz’s drama, about an illegal immigrant raising his son, sweeps from his beachfront workplace to his barrio home.