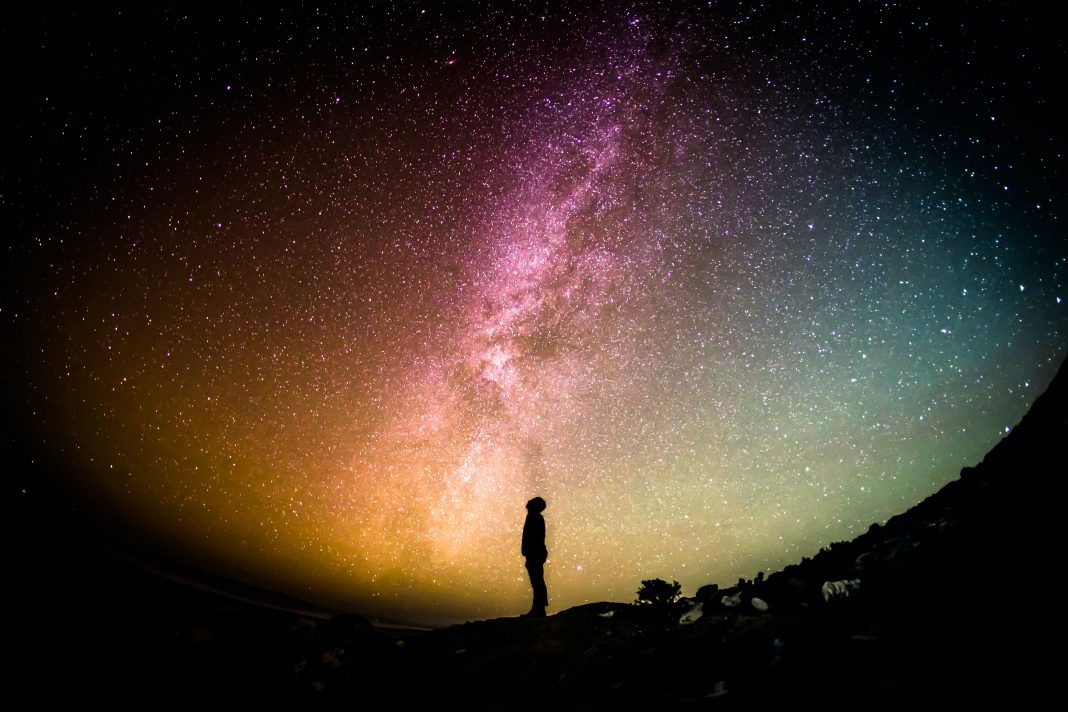 Photo by Greg Rakozy on Unsplash

Tonight, the planets Jupiter and Saturn will appear from Earth to be nearly overlapping one another, creating a single, bright point of light in the sky known as the Christmas Star. While an alignment or conjunction of Jupiter and Saturn does happen about once every 20 years, this year’s version is extra special.

“This conjunction is exceptionally rare because of how close the planets will appear to be to one another,” Rice University astronomer Patrick Hartigan told Forbes. “You’d have to go all the way back to just before dawn on March 4, 1226, to see a closer alignment between these objects visible in the night sky.”

For best viewing, NASA recommends gazing towards the southwest horizon not long after the sun sets, perhaps around 5:45 to 6:00. The Christmas Star phenomenon will likely be visible to the naked eye, though a telescope might give you a better view. The planets will be closest to earth on December 21, but the alignment should be visible through the 26th.

Known as a Great Conjunction, the aligning of the planets is believed by many to carry special spiritual significance.

“Worn out and ready for a refresh, we are about to experience one of the most important astrological reboots we’ll ever live though,” writes astrologer and author Chani Nicholas. “Occurring on the solstice, which in and of itself is already considered a fresh start and a day to set intentions that will hopefully grow alongside the returning light and warmth of the sun, the Great Conjunction feels like a blessing in a year devoid of them.”

Nicholas says this is a time to start new ventures, and notes that the Great Conjunction will occur in Aquarius, which adherents believe could signal an era of greater collective responsibility and less individual ego.

Spiritual or not, December 21 is also the winter solstice, so that bright Christmas Star in the sky also signals that, from this point on, the days start getting longer and lighter again.

Today’s conjunction of the planets is set for us to reach our highest vibration. ✨ If you can, today meditate and set intention for yourself and loved ones. Stay positive in your thoughts, words and actions. Ask for balance and love. ❤️✨

RELATED: The 100 L.A. Things Every Angeleno Should Do at Least Once

What Are People Looking for When They Look to Tarot Cards?

So You’ve Been ‘Zodiac Shamed.’ You’re Not Alone