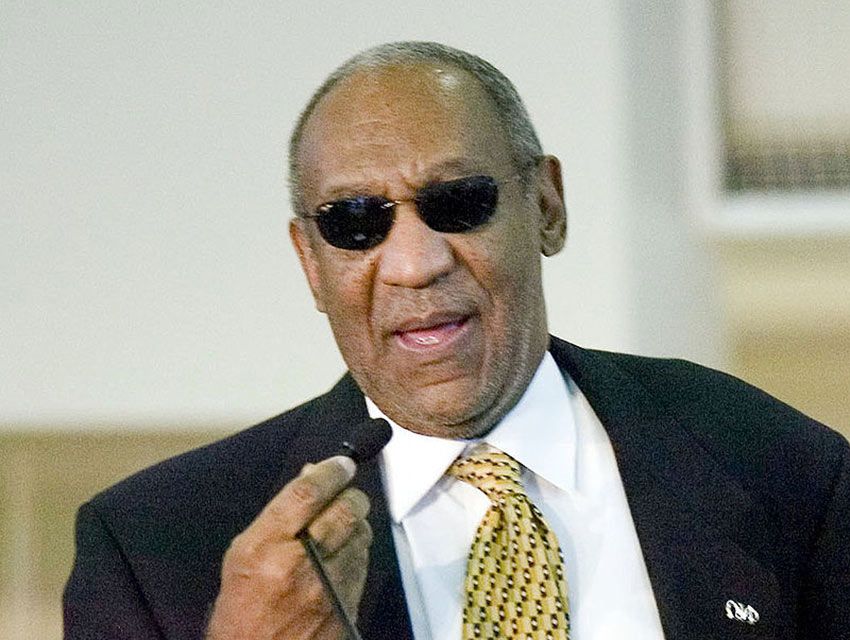 Nine months after Chloe Goins added her name to the list of women who have accused Bill Cosby of misconduct, the 25-year-old L.A.-based model has filed a civil suit against the comedian in federal court.

Like many of the more than 40 women who have leveled allegations against Cosby, Goins is accusing him of sexual assault. She says the 78-year-old drugged and molested her at a party at the Playboy Mansion in 2008. Cosby denies wrongdoing, and his lawyer contends the comedian was in New York on the date of the party in question.

What makes Goins unique among Cosby’s many accusers is the fact that her legal complaint may be the first to fall within the statute of limitations. The LAPD recently concluded its investigation into Goins’ claims and has since turned over its findings to the District Attorney. The D.A. will review the case and decide whether or not to charge Cosby with a crime.

In the meantime, Goins is seeking $75,000 in damages in her civil suit. She “is ready to speak her mind and tell a jury exactly what happened to her,” says her attorney, Spencer Kuvin. We asked him to update us on her case.

Chloe Goins gave her statement to the LAPD against Bill Cosby in January. Why did she decide to file a civil suit today?
When we walked through the Los Angeles Police Department nine months ago, one of the promises I made to the department was that we would not file or proceed with any civil action until their investigation was complete. When we were notified just this past week that they completed their investigation and had turned the matter over to the District Attorney to decide whether or not they are going to file charges, I felt free to go ahead and file suit to protect her civil claim.

Do you know whether or not the District Attorney’s office will be filing criminal charges?
No. They just turned [the investigation] over a few days ago. One of the reasons we went in today was to determine what the status was and to ask some of the questions you’re asking me. The LAPD advised us today that there is no definitive time frame for the District Attorney, but generally they make a decision within a matter of weeks. They also informed us that with this particular case, because of its notoriety and the people involved, it has to go through a number of chains within the District Attorney’s office at the highest level, so that might take a little bit longer than your ordinary case.

Is it your expectation that they will?
We asked that same question today. The police officer said, ‘Look, we don’t make a recommendation. We just give it to them and they decide.’ So even he didn’t know.

In January, Chloe stated that she wanted to see Bill Cosby “behind bars, where he belongs.” Is that still how she feels?
That’s still her hope. As her civil attorney, I had to protect her statute of limitations on a potential civil claim, but having said that, if the District Attorney advises that they would like us to not do anything in our case so that they can pursue their action first, that is Chloe’s primary objective. She wants to see him tried in criminal court and put behind bars. If they decide they don’t want to prosecute the case, I need to make sure she can have her day in court.

What is Chloe’s frame of mind like now?
Obviously she was encouraged that the LAPD had concluded the investigation. She was encouraged by their tone today at the police department. She’s very nervous, but she’s also resolved to prove to the world exactly what happened and to get the facts out. She feels very strongly about the fact that she has the ability to give voice to those who can’t bring their claims.

It’s been widely reported that she may be the first woman to have a case against Bill Cosby within the statute of limitations. Do you know of another?
We’re aware that in Philadelphia there is a companion investigation going on now criminally with respect to one case that had previously been closed. It is our understanding that police have reopened the case based on statements made in a deposition. So if in fact a crime did occur in Philadelphia and that case may be prosecuted, there may be another within the statute.

How has Chloe’s life changed since she came forward to the LAPD?
Once she became a public figure she was hounded. People would make comments to her that were positive, people would make comments to her that were negative. It was a very stressful situation for a young lady. That’s the problem with the rape culture that we have right now in the United States. When women come forward and say what happened to them to report these kinds of incidents, there are a number of people that really attack them unfairly instead of wanting to find out the truth. It’s one of the reasons why all of these women waited so darn long to begin with. They all understood that as soon as you start saying this kind of a public figure assaulted you, you are going to get attacked. Some women look at that and go, ‘I’m not going to risk that.’