Home Urban Development The Housing Crisis Should the City Use Eminent Domain to Keep Housing Affordable? 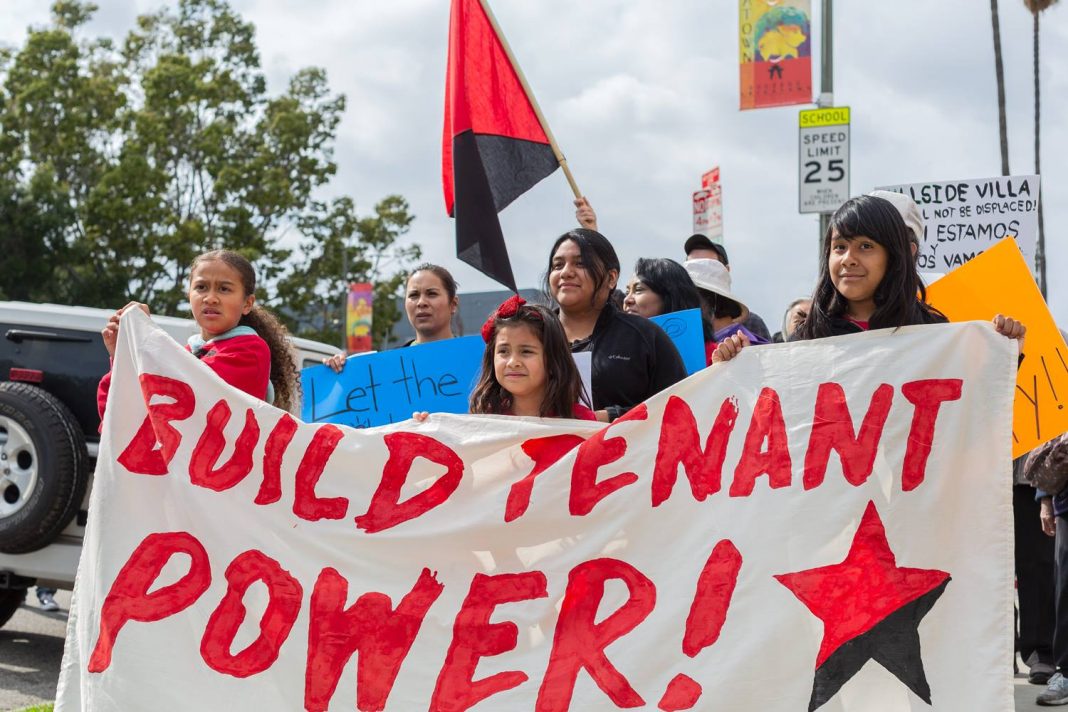 For more than a decade, Shao Zhao has called Chinatown’s sprawling, green stucco Hillside Villa apartment complex her home. Perched off Cesar Chavez Avenue, the building is just a short jaunt from businesses that cater to neighborhood’s majority-immigrant population, making it the ideal spot for Zhao’s 55-year-old mother, who speaks Cantonese and rarely drives outside the city. For years, the pair never saw a reason to leave. But in spring of last year, they received some startling news: In 12 months, the building’s affordability covenants were set to expire, and their landlord, Thomas Botz, would be raising its rents to market rate.

For some tenants in the 124-unit building, many of whom are seniors and on fixed incomes, this could mean rent surges of up to $850. For Zhao and her mother, whose rent is partially subsidized by a Section 8 voucher, the situation is less dire. But their future in the building remains uncertain, and they’ve been looking for new places to live. “We’ve called a lot of numbers and knocked on a lot of doors, but haven’t found any success finding vacant properties that will accept our voucher in Chinatown,” says Zhao. “I have more mobility, but I don’t know where else my mom would go.”

The situation at Hillside Villa is no anomaly. Affordability covenants, which require landlords to charge below-market-rate rent for an agreed upon period, often in exchange for a subsidy, are at the risk of expiring in buildings all over Los Angeles. According to a report from the California Housing Partnership, 5,256 affordable units disappeared from L.A. County between 1997 and 2018, and another 12,121 are currently at risk of being lost. In the city’s already strained housing market, this could lead to displacement of thousands of low-income tenants in the coming years.

On Friday, Councilman Gil Cedillo—whose district includes Hillside Villas and many other buildings with expiring covenants—introduced a motion to City Council asking the city to develop a plan for these endangered properties. Pointing to potential funding sources like the city’s new Linkage Fee, he asked the Housing and Community Investment Department (HCID) to look into ways to “negotiate extensions” of covenants with landlords, and to help “ease the transition” for low-income tenants when agreements aren’t reached.

“We can’t build our way out of this crisis,” Cedillo says in an interview. “When covenants run out, we have to be able to respond to them immediately.”

Residents of Hillside Villa, who have been working with members of the L.A. Tenants Union, Chinatown Community for Equitable Development, and the Democratic Socialists of America, have one idea for how the city could do that. In early May, following months of unsuccessful negotiations with Botz, the tenants wrote a letter to Cedillo asking him to consider the use of eminent domain, a law that allows the government to seize private property for public use at market rate. This, in theory, would allow the city to convert it to to permanently affordable housing.

“We do not want to have to worry about rents being raised to market rate in five or ten years; we do not think a heartless and unaccountable landlord like Thomas Botz should be profiting off of subsidized housing; and we strongly believe that working-class tenants of color like us deserve to stay in Chinatown, permanently,” read the letter.

Botz recently told Curbed that rent increases are financially necessary, saying, “The bottom line is, when you’re renting to people below market, the building doesn’t generate enough income to support itself.” Los Angeles was unable to connect with Botz regarding the eminent domain proposal prior to press time.

Eminent domain has had a troubled track record in Los Angeles and beyond. “Usually when eminent domain is used, it’s not to help people, it’s to clear out people,” says Jacob Woocher, a Los Angeles Tenants Union organizer who has been working with the Hillside Tenants. Perhaps most famously, the law was used to forcibly remove residents from the largely Latino neighborhood of Chavez Ravine to make way for Dodger Stadium. More recently, officials threatened to use it to clear out the remaining residents of Manchester Square, which is slated to become an LAX car rental facility.

In rare cases, though, the County has used the law to secure land for affordable housing—the seizure of a long-vacant property from a South L.A. developer in 2017 is one example. Cedillo says while he is not sure if it’s ever been used to preserve existing housing, he’s “interested in the feasibility” of this tactic—but he questions its ability to hold up in court. “In this country private property has its own value, its own meaning, its own standing,” he says. “We’re not interested in pursuing something that’s not going to be successful.”

In any case, Cedillo says he’s in the “process of figuring out a solution” for Hillside Villa. Woocher says tenants have yet to receive a direct response from the councilman, who has avoided setting up a meeting. “It’s hard to believe that Councilmember Cedillo is acting in good-faith when he names the Hillside Villa tenants in the motion, but still refuses to even meet with them,” he says.

Whether the answer is eminent domain or not, tenants like Zhao and her mother hope that their demands will at the very least keep pushing the conversation forward. “With the scope of the housing crisis that we’re in right now in Los Angeles, we need to look into radical options,” says Zhao. “I think things like eminent domain that make apartment complexes like ours affordable permanently would really protect working class people from the whims of the market.”

RELATED: This L.A. Neighborhood Will Soon Be Wiped Off the Map