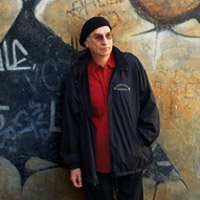 Carlos Montes, the Chicano activist and profile subject of Ben Ehrenreich’s March 2012 feature “Never Stop Fighting,” entered a plea of no contest Tuesday in L.A. Superior Court to one count of perjury for not revealing a 42-year-old felony conviction (Montes threw a soda can at police lines during a protest at East L.A. College) when buying a firearm in 2010.  Three other counts of perjury against Montes were dismissed in court, and he was immediately sentenced to three years formal probation and 180 hours of community service, the Pasadena Star News reports. “I see it as a victory,” Montes said. Supporters of the activist have planed a “victory party” for later this month.

To learn more about Carlos Montes, his lifelong work as an activist, and why the FBI still has him on its radar, read “Never Stop Fighting” now.