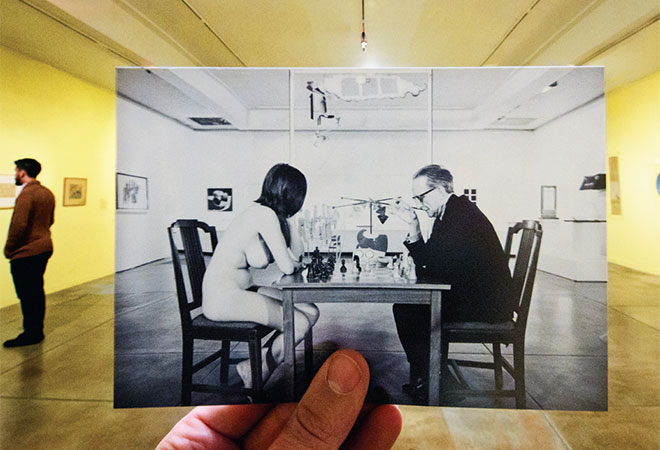 The philandering curator of Marcel Duchamp’s 1963 retrospective at the Pasadena Art Museum (now the Norton Simon) neglected to invite his own mistress, the writer Eve Babitz, to the pre-opening party, a slight that enraged the up-and-coming novelist. So when photographer Julian Wasser approached her about posing nude at the museum for a game of chess with the famous surrealist (inset), she vengefully assented. The unsanctioned nudity, which Babitz later characterized as a “guerrilla act,” took place in a gallery right under the noses of unsuspecting patrons. Duchamp won every round. Today the photo of the scorned 20-year-old is considered one of the most significant images of California modern art.