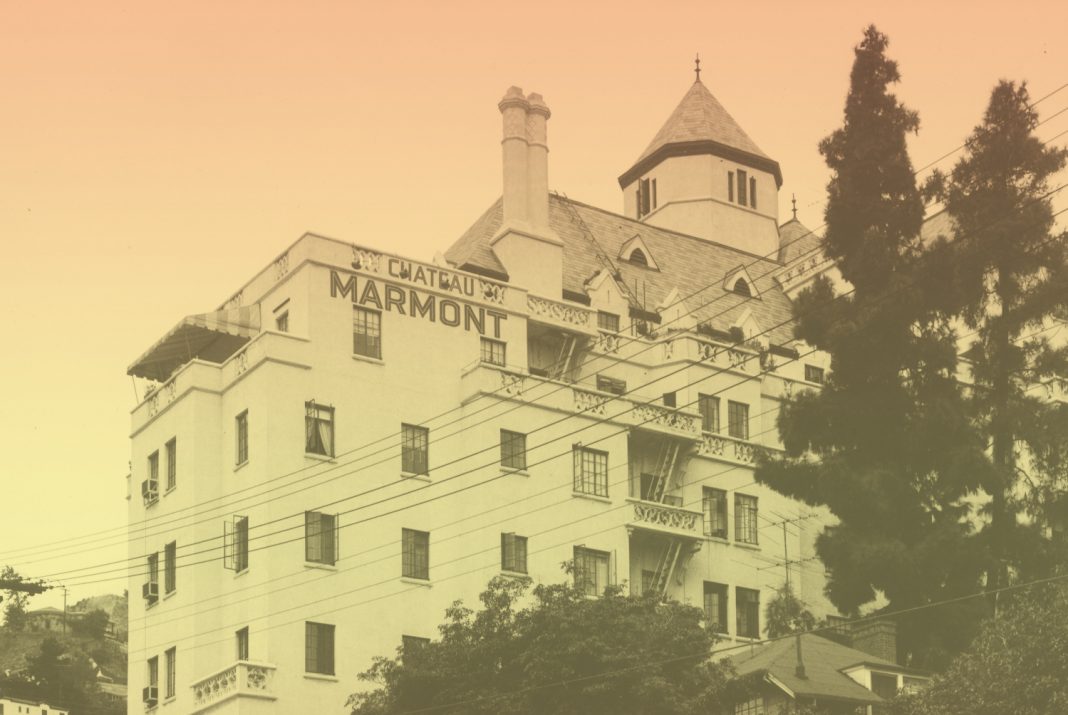 Former staffers of Chateau Marmont are alleging that, for employees, the legendarily debauched hotel is a hotbed of racism and sexual harassment at the hands of both management and guests, with little to no oversight by human resources.

Already strained relations between workers and upper-management soured considerably when owner Andre Balazs laid off 248 employees at the start of the pandemic in March, and then announced plans to turn the Chateau into a private timeshare in July—both moves the employees see as Balazs’s attempts to bust their unionizing efforts.

More than 30 ex-Chateau workers told Gary Baum of The Hollywood Reporter about their experiences working at the hyper-exclusive celebrity enclave, many anonymously for fear of reprisal or due to nondisclosure agreements.

Upon hearing the allegations in the report, one longtime Balazs business associate told THR, “I’m reconsidering the Chateau through a totally different lens now. All of the talk of it being a ‘playground,’ of it exalting ‘privacy.’ It really was just a system that protected white men in power.”

“[Management] made me believe that they were going to deal with it, but they didn’t do anything,” Sanchez said. “They made me feel unsafe at work. Every time I saw him, I was reliving my experience. I felt abused again.”

Many of the Chateau workers claim that there was effectively no HR department to handle such complaints, as the majority of those responsibilities have allegedly been passed down to low-level supervisors with little experience, who then report to the hotel’s managing director, which workers say left them afraid to blow the whistle on misconduct.

In one example, a restaurant supervisor allegedly slung ethnic slurs at a group of Latino kitchen workers on a regular basis for years, but the kitchen staffers felt they would suffer retribution if they reported it.

“[The management structure] was too close to HR,” one of them said.

Adrian Jules, a Black guest relations employee, had been at the Chateau for three years when, in October, he said he received a series of unsolicited, sexual text messages from a drunk, white female colleague, including an image of a used condom along with the words, “I’d just appreciate some more compassion.”

Jules told THR that when he complained, he became the victim of “constant ghosting” that went from his direct supervisor to the managing director to another young staffer who by then had been handed the reigns of HR.

“You have to think, as a man, and a Black man specifically, if you get a message like that, you’re immediately terrified,” said Jules, who has reportedly hired a lawyer and intends to file an employment discrimination suit against the Chateau. “What would have happened had I sent text messages like that to her? You do what the employee handbook tells you to do, and nobody listens.”

Balazs said in a written statement to The Hollywood Reporter: “I have never condoned, and the Chateau Marmont’s ‘Code of Conduct’ in conjunction with the ‘Employee Handbook’ specifically prohibits, any unwanted sexual contact with, or any verbal or physical abuse of, anyone at any time. If, for any reason, our exceedingly clear ‘Code of Conduct—which everyone must read and sign as a pre-condition of their employment—has been violated, it is my first, singular and moral obligation to correct it—and I will!”

Staffers claim the racial prejudice starts with Balazs himself, as whiteness, they contend, best suits his preferred aesthetic.

“I simply was treated differently,” Gina Steffe, a white server who was at the Chateau for six years before the pandemic, told THR. “I was favored there: given unwarranted opportunities, privileges, sections, and shifts that my colleagues of color were not. Apparently, I fit a certain ‘look’ that Andre and the upper management preferred.”

Balazs responded, “I view the curation of a boutique hotel as similar to hosting a delightful dinner party, the secret to the sauce is ‘in the mix’—the success of this recipe allows for no discrimination based on race, color, creed, sexual orientation, gender, age, or even the slightest hint of such bias.”

Employees claim that even the hotel’s Black and Latino celebrity guests are given second-class status, such as Blackish showrunner Kenya Barris and actress Tiffany Haddish, who were reportedly stopped, questioned, and challenged on arrival at the hotel.

“There’s an inconsistency to how that’s dealt with,” said one Black restaurant worker. “If it’s not intentional, it’s at the least a lack of care.”

Haddish’s representative confirmed that it happened twice, while Barris declined to comment.

Meanwhile, Balazs says he’s still working on a documentary about Chateau Marmont that he started five years ago.

“We’ve filmed hundreds of hours of footage with people like Gore Vidal,” he told Variety last month. “Jane Fonda told me, ‘Oh my God, André, let me give you all the footage I have. I used to live here.'”

RELATED: The Chateau Marmont Is Set to Flip to a Private Club