Home Business L.A. Grocery Stores Are Selling Out of Celery Thanks to the “Global... 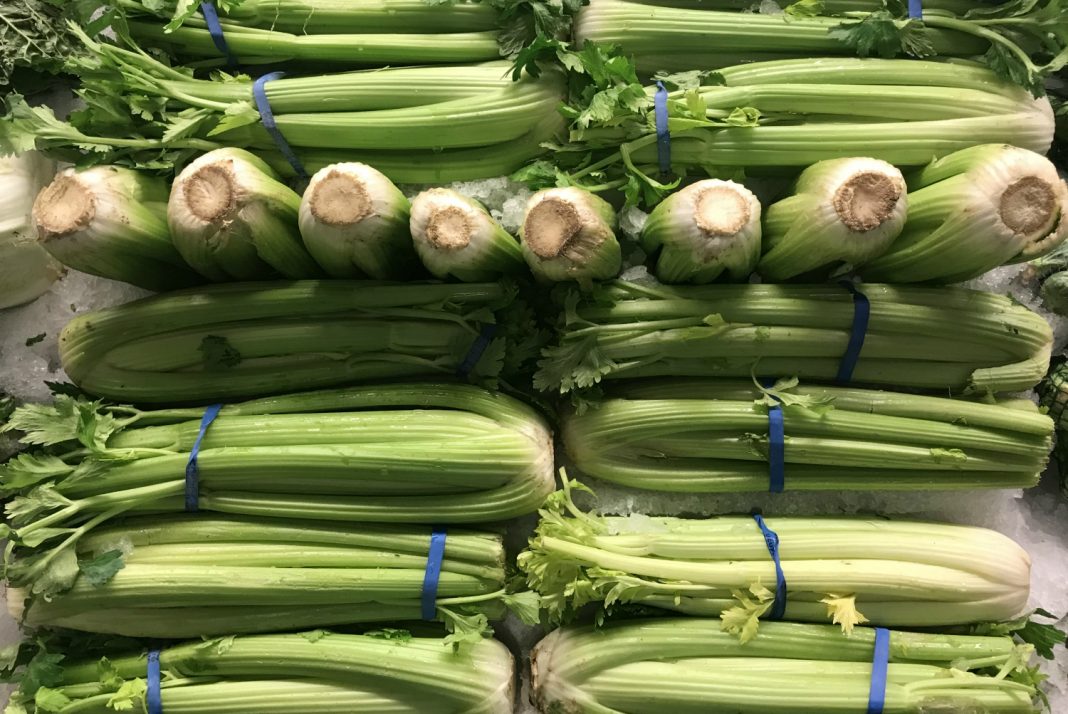 If you’ve had trouble hunting down celery at your local organic market—Erewhon says sales of the veggie have jumped 400 percent—or had to listen to that one friend go on and on at brunch about her daily celery juice habit, Anthony William is to blame. William has dubbed himself the “Originator of the Global Celery Juice Movement,” and he and his growing flock, which includes celebrities like Debra Messing and Miranda Kerr, claim that imbibing the stringy vegetable in liquid form can cure everything from psoriasis to anxiety.

“Celery is a powerful herbal medicine that’s killing bugs in people’s bodies,” William has said. But he isn’t a doctor or certified dietitian. He’s a self-proclaimed “Medical Medium.” William says he got his start as a four-year-old growing up in Maine when he correctly diagnosed his symptom-free grandmother with lung cancer after receiving a message from an entity he calls “Spirit.” “I’m not a graduate of anything,” he says. “I’ve just been doing this my whole life.”

In 1975, when William was a bit older but still a child—he declines to reveal his exact age—the spirit taught him about the healing benefits of celery juice and told him it could help a relative with severe back problems. The groundwork for today’s fad was laid. According to William, his ailing relation experienced dramatic results after just a couple of days. “It was like a magic little potion.”

Now, 44 years later, celery juice is one of the biggest wellness trends in recent memory. Erewhon sometimes sells out of celery completely, while Gelson’s has seen nationwide sales of organic celery rise 77 percent a year.

“I’m not a graduate of anything. I’ve just been doing this my whole life.”

William, who has 1.7 million Instagram followers, is a New York Times best-selling author of four books, which have sold more than 900,000 copies. His most recent tome, Medical Medium Liver Rescue: Answers to Eczema, Psoriasis, Diabetes, Strep, Acne, Gout, Bloating, Gallstones, Adrenal Stress, Fatigue, Fatty Liver, Weight Issues, SIBO & Autoimmune Disease, was published in October. In it, he writes that everything from pimples to weight gain stems from too much stress on the liver, an organ that is one of the “most profound, hidden miracles of the universe.” But despite his burgeoning popularity, William insists he’s far from rich. Earlier in his career, he says that he worked with dozens of patients every day, often for free. These days he spends his time writing, making videos, and tending to the occasional celeb—Robert De Niro, Pharrell Williams, and Naomi Campbell have all contributed testimonials to his website. “By helping them, I help spread the word,” he says.

The rules of his celery regimen are very specific. He instructs his followers to juice up every morning using an entire bunch of celery, ideally organic. If you lack a juicer, you can liquefy the celery in a blender, but that’s not ideal. You should drink 16 ounces, and wait 15 minutes before ingesting anything else. Icing the drink is a no-no, and so is mixing it with other juices. “Celery is able to starve pathogens, plus it contains a multitude of undiscovered mineral salts that act together as an antiseptic,” says William’s website.

Many in the traditional medical community have dismissed William’s ideas, noting that a daily celery juice habit is far from the miracle cure that he purports it to be. Some of his other assertions, such as the idea that most cancers are caused by a virus, elicit stronger complaints from critics. Dr. Jen Gunter, a well-known San Francisco ob-gyn, has blasted William’s advice on thyroid cancer as “horrific and harmful.” On the Science-Based Medicine website, physician Harriet Hall calls him a “throwback to a primitive, prescientific age.”

Despite his controversial pedigree, William has become a frequent contributor to Gwyneth Paltrow’s Goop, though even the lifestyle company runs a lengthy editorial disclaimer with his posts. But William isn’t all that concerned about what the medical establishment thinks of him.“I didn’t know research and science had everything fixed already,” he says, a tad defensively, at the mention of his critics. “I didn’t know research and science knew everything that was wrong with everybody. I didn’t know there weren’t any sick people left in the world.”